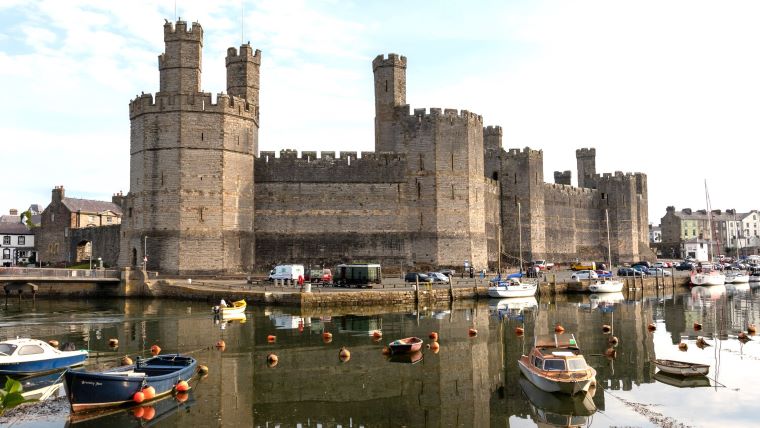 There are more than 400 castles in Wales, dotting the countryside with history and heritage.

Caerphilly Castle
The ‘Red Earl’ Gilbert de Clare began building this fortification in 1268 in order to take control of the Glamorgan region of Wales, it would see much warfare in the 13th and 14th centuries.

Cardiff Castle
The extensive fortifications of Cardiff Castle includes a Norman motte-and-bailey fortress the dates back to the 11th century. There have been further additions in the later Middle Ages and in more modern times.

Caernarfon Castle
Despite its massive size, Caernarfon Castle was never completed. King Edward I of England had construction start on it in 1283, and massive amounts of money were spent on it until work was finished in 1330. While some parts of it were never finished, the castle served as an important military fortification up to the English Civil War.

Conwy Castle
In 1283 King Edward ordered a castle and town be built at Conwy. Eleven years later he found himself besieged in this castle for two months by the Welsh. The castle’s defences held on that occasion, but in 1401 Conwy was captured by surprised by rebels under Owain Glyndŵr. 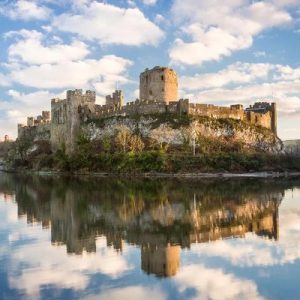 Pembroke Castle
In the late-12th century this castle was handed over to the famous English knight William Marshall, who transformed its design, including the addition of a round keep. It was also the birthplace of the future King Henry VII of England.

Beaumaris Castle
Considered a masterpiece of medieval military architecture, Edward I ordered its construction in 1295. During the first year one could find over 2500 men working on the site. It has a concentric design, with walls within walls, that provide for extra layers of defence.

Harlech Castle
Located in northwest Wales, this castle was built by Edward I between 1282 and 1289. It would see sieges in the 13th, 14th and 17th centuries.

St Donat’s Castle
Dating back to the 12th century, this castle has numerous additions from the medieval period. While most it serves as a school, there is also an art centre housed in a 14th-century tithe barn.

Dolwyddelan Castle
This Welsh castle was built in the early 13th century to guard the main route through North Wales. It was expanded twice during the Middle Ages and now stands over 40 feet high.

Oystermouth Castle
First built in the early 12th century, Oystermouth Castle has over the centuries fallen into ruin. However, a conservation project that finished in 2011 has created a new visitors centre and given access to many parts of the keep.