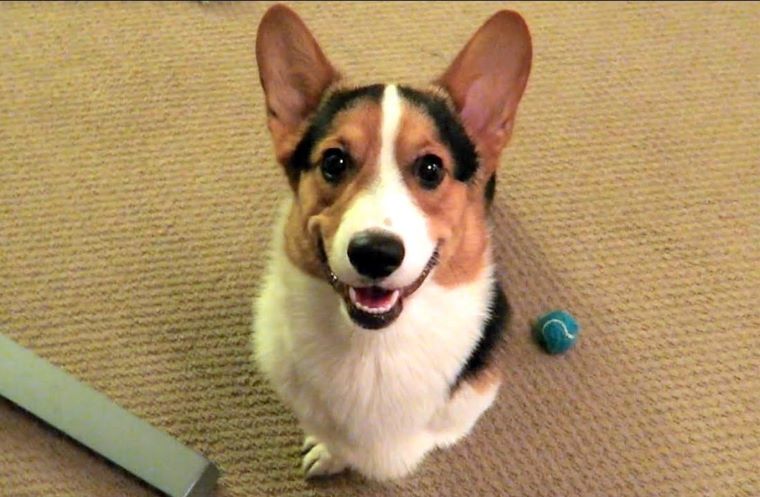 The Welsh are world-renowned for their warmth and wonderful wit.

A matter of life and death
Dai was watching a Six Nations game in Cardiff.
In the packed stadium there was only one empty seat, right next to him.
“Whose is that seat?” asked a man in the row behind.
“I got the ticket for my wife,” said Dai. “But she died in an accident.”
“So you’re keeping the seat vacant as a mark of respect?”
“No,” said the fan, “I offered it to all of my friends.”
“So why didn’t they take it?”
“They’ve all gone to the funeral.”

Knocking on Heaven’s Door
Warren Gatland and Stuart Lancaster are both killed when a lightning bolt hits the Millennium Stadium. In heaven, they are greeted by God and Lancaster is taken to his new home, a lovely English country cottage with statues of English rugby greats and angels singing Jerusalem and Swing Low, Sweet Chariot. He was delighted until he suddenly heard some even more beautiful singing coming from the top of the hill. He listened closer and could hear Bread of Heaven and Hen Wlad fy Nhadau. He looked up to see a great palace with statues of Barry John and Gareth Edwards and a party in the garden had Brains SA flowing freely as the crowd watched Scott Gibbs scoring his try against England in 1999. Lancaster went to the Lord and said: “I don’t want to appear ungrateful – but why does Warren get the huge mansion?” God said: “You’ve got it all wrong! That’s not Warren’s place – it’s mine.”

That’s a long name
I used to go out with a Welsh girl that had 36DDs. It was a ridiculously long name.

We’re not saying the Welsh are tight, but…
Jones the farmer and his son Berwyn sign up for a sight-seeing tour in a small aircraft. As always, Jones angles for the best deal possible. “Very well, Mr Jones,” says the pilot. “If you can go through the entire flight without making a sound, you and Berwyn can have your tickets for free.” So the plane takes off and the pilot makes sure it’s a rough one, launching almost straight up, flying under the Severn Bridge, using every single bit of acrobatics in his repertoire and doing a loop at the end. Jones says nothing. After they land, the pilot turns to Jones in disbelief. “Mr Jones, I’ve been doing this for 20 years and no-one’s ever been able to hold back from screaming. Tell me, was there ever a point in the flight where you wanted to say something?” “Aye,” Jones replies. “When Berwyn fell out.”

Don’t come between a Welshman and his ale
An Englishman, Scotsman and Welshman walk into a bar. Each orders a pint of Brain’s but, as they’re served, a fly lands in each pint. The Englishman immediately pushes his beer away in disgust. The Scotsman thinks for a few seconds, shrugs, and also pushes the pint away. The Welshman turns bright red, picks the fly out of the beer and holds it over his glass shouting: “SPIT IT OUT! SPIT IT OUT!” 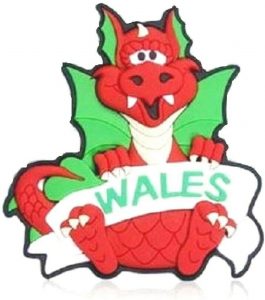 Not the easiest place for an affair
My wife asked me if I was having an affair with a woman from Llanfairpwllgwyngyllgogerychwyrndrobwyllllatysiliogogogoch. I said: “How can you say such a thing?”

No hard feelings…
A Welshman, Scot and Englishman are walking when they come across a lantern and a genie pops out and grants them one wish each. The Scot says: “I am a sheep herder, like my dad before me. I want my country to be full of lovely sheep farms.”  Whoosh, and so it was. The Englishman was amazed and says: “I want a wall around England to keep those damned Scots and Welsh out.” Bang, there was a wall around England. The Welshman says: “Tell me more about this wall.” The genie says: “It’s 200 feet high, 100 feet thick, it goes all around England, and nothing can get in or out.” The Welshman says: “Fill it with water.”

Don’t mess with a Welsh mam
Young Dylan comes home from school and tells his mother he’s been given a part in the school play. “Wonderful,“ says his mam. “What part is it?” The boy says: “I play the part of the Welsh husband.” The mother scowls and says: “Go back and tell them you want a speaking part.”

… Or a Welsh woman
Three friends married women from different parts of the world. The first married a Greek girl and told her that she was to do the dishes and cleaning. It took a couple of days, but on the third day he came home to see a clean house. The second man married a Thai girl and gave her the same orders, to do all the cleaning and cooking. The first day he didn’t see any results but by the third his house was clean and dinner was on the table. The third man married a Welsh girl. He ordered her to keep the house clean, dishes washed, lawn mowed and dinner ready for 6pm. For the first two days he didn’t see anything, but by the third day, some of the swelling had gone down and he could see a little out of his left eye.

Say it slowly…
On a beautiful summer’s day, two English tourists were driving through Wales. At Llanfairpwllgwyngyllgogerychwyrndrobwyllllantysiliogogogoch they stopped for lunch and one of the tourists asked the waitress: “Before we order, I wonder if you could settle an argument for us. Can you pronounce where we are, very, very, very slowly?” The girl leaned over and said: “Burrr… gurrr… King.”

Do you miss Wales?
I live in London and people often say to me: “You miss Wales?” I say: “No, I look nothing like her. She’s got long blonde hair and wears a sash.”

Beer goggles
A Welshman is walking on the beach when he finds a brass oil lamp and a genie pops out and offers him three wishes. The Welshman says: “I’ve no doubt what my first wish is, genie. Give me a bottle of Brain’s SA that never runs out!” The genie hands him a bottle and the Welshman takes a long swig but it’s still full. He pours some into his hands and laps it up – and the bottle is still full. No matter how much he pours, the bottle never runs out. “Master, you still have two more wishes,” says the genie. “I know what I want,” says the Welshman. “Give me two more just like this.”

Noah’s got nothing on the Welsh
In the Bible, God made it rain for 40 days and 40 nights. That’s a pretty good summer for Wales.

You and whose army?
When the Roman legions were attacking Wales, they were set upon by one brave Welsh warrior with a club. Eventually, with hundreds of men at their disposal, they managed to force him to retreat into a nearby cave. They follow him in before running out, bleeding and screaming: “It’s a trap! There’s two of them!”