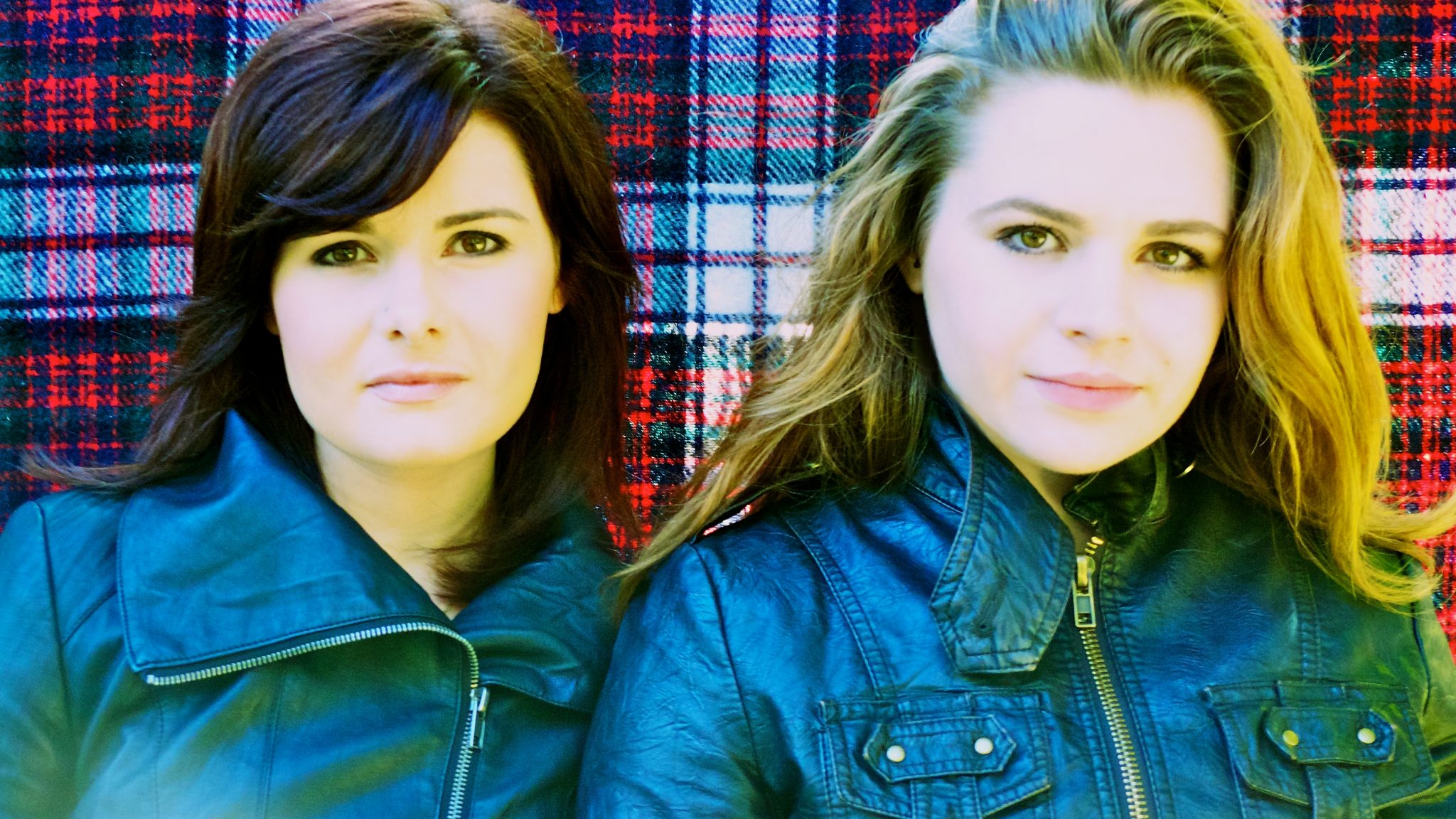 From festivals to folk clubs and cruise ships to concert halls, Celtic musicians Cassie and Maggie MacDonald happily go wherever their music takes them.

“We have had a crazy few months but no complaints from us,” laughs Cassie MacDonald, shortly after a hurricane stranded them at sea for five days. “We were too far out to swim, with no e-mail and no phone service.”

The sisters – who grew up in Halifax and Antigonish, NS, – are a lively fiddle and piano-playing, step-dancing duo with lovely singing voices. As Live Ireland Radio puts it, “the train is just gathering steam and leaving the station on these new stars.”

Maggie was catching up on banking when Cassie took a break between cruise ship performances and a video shoot to talk about their new album and an autumn tour that will take them to Austria, England, Italy, the northeastern United States, and home to Canada.

“The new album, The Willow Connection, has nine songs and two instrumental pieces so that’s a shift toward vocals for us,” she shares. “It features a lot of tunes from the

English/Scottish/Irish tradition; for example, Down in the Willow Garden is a beautiful Irish song that was adapted to bluegrass.”

They chose the willow theme, believing the tree is a powerful symbol, sometimes of strength and comfort and sometimes of sadness.

“Maggie did all our research, going through a lot of old archives and field recordings, including the Helen Creighton collection in Nova Scotia, the Max Hunter (Ozark folk) collection, and the Appalachian archives.”

Maggie, who sings in fluent Gaelic, wanted to include a song of that genre, but could not find anything to fit the album.

“We decided to include something kind of upbeat,” explains Cassie, “so we wrote a melody and asked (fellow Antigonish musician and Nova Scotia’s executive director of Gaelic Affairs) Lewis MacKinnon to write the lyrics,”

In addition to including more vocals than on previous albums, she acknowledges the album goes beyond traditional Celtic music.

“We will always be Celtic musicians, no matter what we play.”

“But there is more folk in this album. It is something we can take to American folk audiences, something a bit more diverse – something we have added to our traditional Celtic base.”

Both girls were highland dancers and got an early grounding in classical music. However, genetics may have dictated that they would become Celtic musicians.

“Our grandfather, Hugh A. MacDonald of Antigonish, was an amazing fiddler. He went to Montreal by train in 1935 to record six 78 LPs that are still in the family, along with little cassettes of him playing at house parties. He passed away before we could meet him but we certainly knew his music from an early age.”

Growing up, Cassie became glued to a pink portable CD player that played six recordings – all fiddle tunes. When she was nine, her cousin Kendra MacGillivray, a well-known fiddler, taught her to play.

“The tunes were already in my head so I just had to learn to play them. Soon I was off to the races with my built-in repertoire.”

Maggie also started with fiddle, but was more taken by piano.

“We grew up surrounded by live music and with an aunt who is a great piano player. I had the head start on the fiddle and I suppose Maggie, who is a natural musician, wanted to find her own way.”

Cassie suspects she and her sister grew up like most other Celtic musicians in Nova Scotia.

“We played for years in kitchens before we ever played for money so it has always been for the joy of it. By the time we went off to university we were getting gigs and seeing that there might be a future in music.”

After leaving university four years ago – Cassie was studying political science and Maggie neuroscience – the pair went into music fulltime.

“The future is an uncertain thing so we make the most of our days. We love to play and not many people our age can travel like we do.”

And though they are still learning the business side of music, the sonic siblings have found a split in responsibilities that suits their personalities.

“We know each others’ strengths – and we know what buttons not to push – so we are having a blast.”