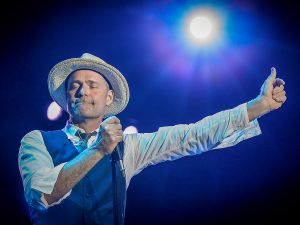 This is not an obituary. Nor is it a eulogy, a last word, a heartfelt homage, or a celebration. It is, perhaps, a collage of idea and emotion…maybe a love sonnet of sorts…or possibly a call to arms and action.

Suffice to say that so much has been written about Gord Downie over the past while that there is, likely, little left to say. The longtime frontman for one of Canada’s most profound and prolific bands, The Tragically Hip, died on October 17 at the age of 53 after a nearly two-year battle with glioblastoma, an aggressive brain cancer.

While we all knew it was inevitable, his passing still sent shock waves across the country – like the proverbial punch to the gut that you brace for, but hurts like hell anyway.

Within hours, tributes and praise poured in from politicians, civil leaders, fellow musicians, the creative community, and – most poignantly – from everyday Canadians, who had embraced and enjoyed his music and lyrics for more than a generation.

A few days later, the band’s newly produced documentary film Long Time Runnin’ – which chronicles The Hip’s 2016 farewell tour across the country, as well as Downie’s post-diagnosis struggles during the time – aired from coast-to-coast-to-coast, with an estimated audience of 8 million.

As with the band’s final concert in their hometown of Kingston, Ontario last July – which saw 11 million Canadians tune in via our national broadcaster – viewing parties for the film were held across the country to celebrate a man who, like us, was proud to call the “true, north, strong and free” his home.

For those unfamiliar with Downie or The Hip, it is difficult to explain the man and his music, and the impact that each had upon this country; simply put, the quintessentially Canadian quintet provided the soundtrack for our lives.

In truth, for many of us, the fact that the band never achieved any semblance of mainstream success outside of Canada – particularly in the massive musical market to the south – was a point of pride. 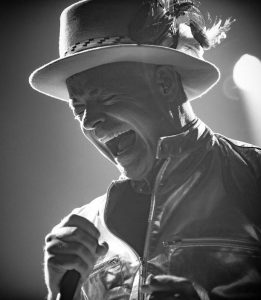 With songs about hockey, wheat fields, Niagara Falls, the 100th meridian, the CBC – and namedropping obscure Canadian locales like Bobcaygeon, Sault Ste. Marie, Skeleton Park, Mistaken Point, and Lake Memphremagog – The Tragically Hip helped to define who we are as a people, giving a loud and raucous voice to our nation where there were but whispers before. Many of us first learned of the exploits of famed French explorer Jacques Cartier, the works of Nova Scotia author Hugh McLennan and Ontario painter Tom Thompson, and the horrific and needless deaths of Canadian soldiers during the 1942 raid on Dieppe, France, against the backdrop of the band’s churning guitars, solid bass lines and steady drums.

More than purveyors of Canadiana, however, The Hip also made it cool to be quirky and creative.

Over the course of their 30+ year career, the band would release more than a dozen studio and live albums, and perform thousands of concerts. Downie himself would put out 5 solo recordings (with another en route, posthumously), publish several books, and make numerous cameo appearances in both television and film. In recent years, he used a variety of platforms and mediums to raise awareness to the plight of the country’s northern Indigenous peoples.

The accolades and acclaim for his life’s work are simply too many to mention. Sadly – tragically – both that life and work are gone far too soon.

I first met Gord over 20 years ago, when our respective bands crossed paths on the road. We didn’t talk shop, instead fiercely debating the ages-old hockey rivalry between the Boston Bruins (his team) and the Montreal Canadiens (my team). We did agree, however, that we would never see the mutually-despised Toronto Maple Leafs win a Stanley Cup in our lifetime. Perhaps if there is to be a single, silver lining to be found in his death…

When news of his terminal cancer diagnosis first came to light in late May of 2016, Downie had already been through the bulk of his treatment, including surgery, chemotherapy and radiation. Having been through cancer treatment myself in late 2015, I marveled at the strength and dignity with which he carried himself over the months to follow, and was deeply inspired by his ongoing commitment to better the lives of others. 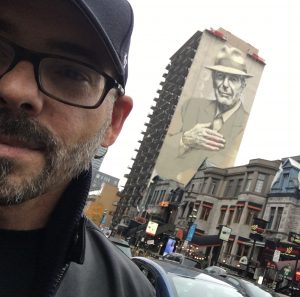 As such, I am proud to announce that our publication has launched our ‘Celts For Cancer’ initiative, featuring a series of bi-monthly profiles designed to raise greater funding and awareness for combating the deadly disease. Check out www.celticlife.com/celtsforcancer for more info.

For 2018, I wish you the very best in health and happiness, and I encourage you to live each day with courage…and grace too.