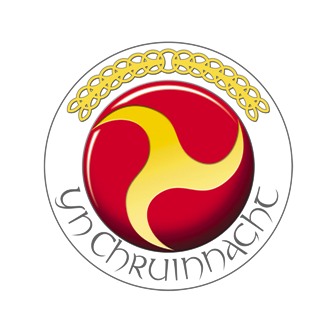 It was music that first gave form to the Manx language for Breesha Maddrell, and music that ultimately led her to become director of the Isle of Man’s cultural arm, Culture Vannin.

Maddrell, who is currently charged with the promotion and support of all things Manx, says her interest in the language was ignited in primary school. She recalls being fiercely jealous when the teacher of another class greeted students each morning with “Moghrey mie,” and exhorted them to ‘jeigh yn dorrys,” or, shut the door.

“My time would come,” she explains. “And it would be through the music; learning traditional tunes and songs, before the shape of their names and words felt right in my mouth.”

Today she works with education, tourism and business departments, and agencies to revive and strengthen the Manx presence at home and abroad. The key areas of promotion are arts, crafts, dance, ecology, folklore, history, literature, music and language. The island has both a Manx primary school, and a roving team of language teachers for all other schools.

Maddrell was born in a fishing port on the south of the Isle of Man. Her father’s family were Manx farmers and seafarers, while her mother’s people came from Wiltshire, England, to settle on the island and become part of its fabric.

“We grew up with a good extended family on both sides, my paternal grandparents naturally using the rhythms and words of Manx English, connecting us to a sense of landscape, marked by place names of Norse and Gaelic origin.”

It was first as a singer/musician, and eventually as Manx speaker, that Maddrell developed her strong sense of being a Celt. An accomplished vocalist, she is also renowned as a piano player and flutist, having led the Manx youth orchestra’s woodwind section for many years. Her initial post-secondary studies were in music and Germanic studies, but she went on to graduate from the University of Liverpool with a PhD in sociolinguistics and Manx studies, writing specifically about cultural revival on the Isle of Man.

Maddrell initially joined Culture Vannin as a music development officer, and became director in 2014 with an enhanced mandate of promoting national identity by fostering language, music and dance at home, but also to bring them to a world stage at Celtic festivals and other gatherings.

“The Isle of man is the smallest of the Celtic countries, so it is perhaps even more important that we belong to something bigger,”she explains, adding the island’s motto loosely translates to whichever way you throw me, I will stand.

“Being part of a Celtic world gives us a shared identity that enables us to hold our heads high, to count cousins around the world, and to feel connected.”

She points out the Isle of Man and Cornwall, the two smallest Celtic nations, were centre stage at the recent Festival Interceltique de Lorient in Brittany.

“Festivals offer us a place to celebrate that sense of connection, to play with our commonalities and differences, to see where we fit in. Manx performers have represented the Isle of Man all around the world – in North America, Canada, Scandinavia, Europe, Australia, Dubai, just to name a few.”

Yu Chruinnaught Inter-Celtic Festival, where Maddrell was first a young performer and is now a member of the organizing team, has been at the heart of the Isle of Man’s cultural calendar since its founding in the late 1970s. In the spirit of its name, which means “the gathering,” the six traditional home nations are represented, but the doors are wide open to other Celtic acts.

As such, she says, being Celtic is as current as it is historic.

“I’ve come to the conclusion that being Celtic is constantly changing and is different for each and every one of us. For me, it’s the play between tradition and innovation that makes it truly exciting. Identity is a negotiation, after all. It is who we are in relation to the people within the communities where we choose to make our homes that counts.”

A modern take on Manx is Culture Vannin’s recent production of two highly-acclaimed apps designed to boost language learning, and Maddrell proudly points to young people who have become fluent speakers of a language “that has risen, phoenix-like, from the ashes.”