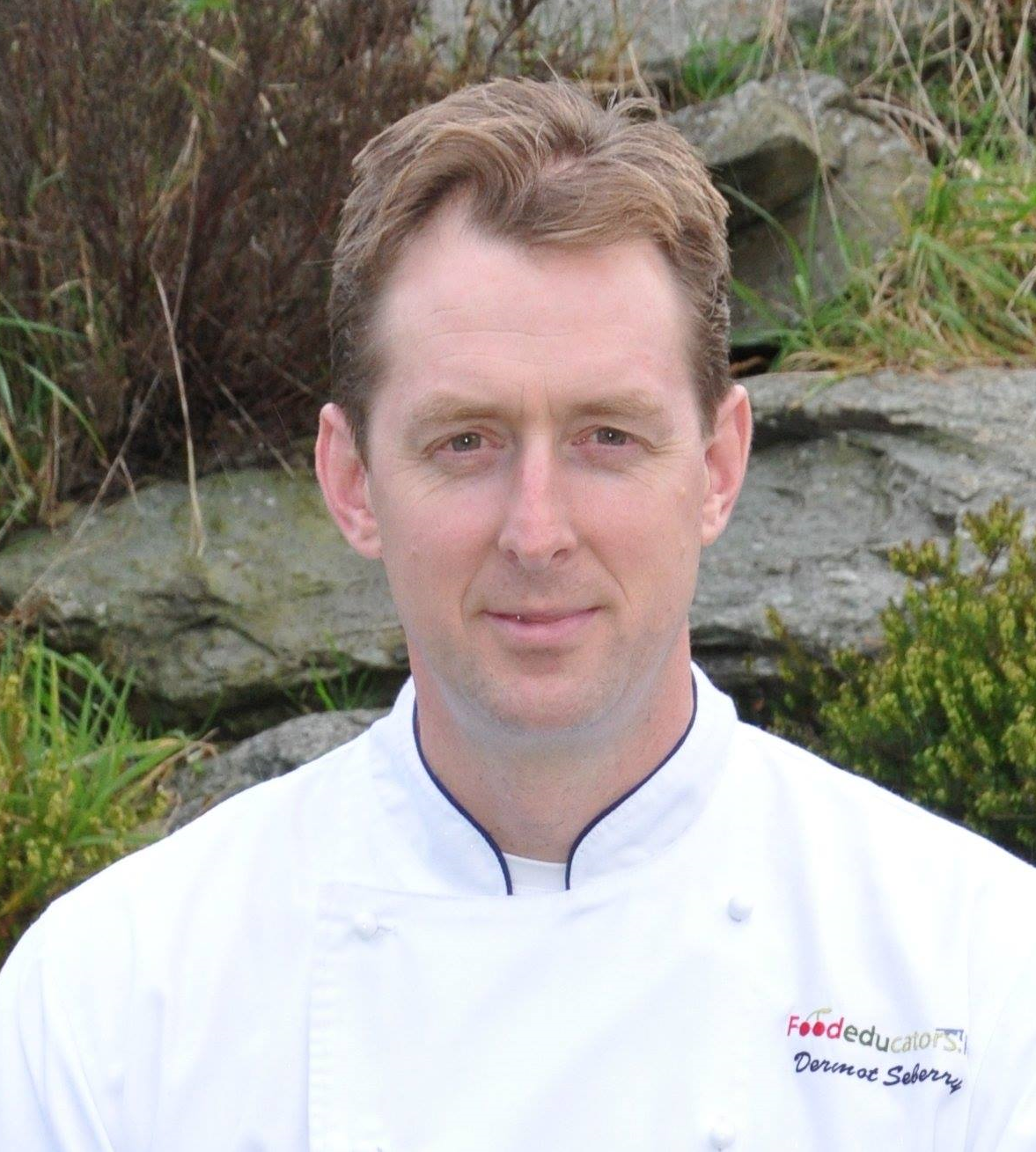 Dermot Seberry is a chef, culinary arts lecturer, author, food critic, and guide/owner of Food Tours – A Taste of Ireland’s Ancient East. His book, Ireland, A Culinary Journey in The North East, was shortlisted for the Best in the World Gourmand World Cookbook Awards in 2014. In this interview with Celtic Life International, Seberry talks about his culinary journeys and shares one of his favourite recipes.

Where are you from?
From Monasterboice, a wee country parish tucked away off Ireland’s ancient east coast.

What inspired you to become a Chef?
As a young ‘pheasant beater’ for the aristocratic hunters when I was 11 years old, I was invited in to the see the game dinner table in the Manor House. It was 21 feet long, covered in every type of game fur and feathered – snipe, woodcock, partridge, hare, deer – cooked and displayed in every imaginable way. I was hooked.

How would you describe Irish cuisine?
Irish cuisine is, in its most simple form, local ingredients picked fresh in season, prepared and cooked in a manner which maximizes their flavour, and the ability to marry them with other indigenous ingredients, keeping alive the traditions of our Celtic roots.

Tell us about your book, Ireland, A Culinary Journey in The North East.
Ireland, A Culinary Journey in The North East is a food tourism book. It has three very specific themes. The first is to create an awareness of a very unique food artisan region within Ireland. This region sits in the ancient eastern kingdoms where evidence of the first settlers farmed. It is so fertile that the greatest proportion of award-winning local producers can be visited on our food tour. The scenery, both landscapes and seascapes, are exceptional and therefore I wanted to create a ‘good food travel guide’ where tourists can take the hidden treasure routes, off the main M1 route between Dublin and Belfast. Secondly, the producers themselves are so steeped in their work that I wanted to capture their craft in action and promote them within the hospitality and tourism industry. Finally, only the very best/consistent producers are featured and only eateries with chefs who proved to me that they genuinely support and understand how to use local produce were featured. Also, video QR codes throughout the book can be viewed using smart phones. Watch a food tour in action or watch a food demonstration by a Michelin star chef using local produce. The local regional tourism board was looking for way to attract tourists off the M1 into these hidden gems. After causing controversy over which eateries were featured and which were left out, I’d like to think this book, a food tourism book, has now provoked most hotels, restaurants and eateries across the region to use and support their local producers.

What do you like most about lecturing at the Dublin Institute of Technology?
What I like most about my job are ‘the penny drop moments’ and the ‘self pride moments’ when the student realises they have it; and the opportunity to work alongside top chefs in Ireland (members of Euro-toques Ireland) to develop a current, relevant and modern culinary arts curriculum.

What have been some of your favourite or proudest experiences throughout your career thus far?
Making it in marriage after 15 years as a chef, being part of the culinary education for the San Pellegrino World Young Chef 2015 (Mark Moriarty) and receiving two international awards for my most recent book. 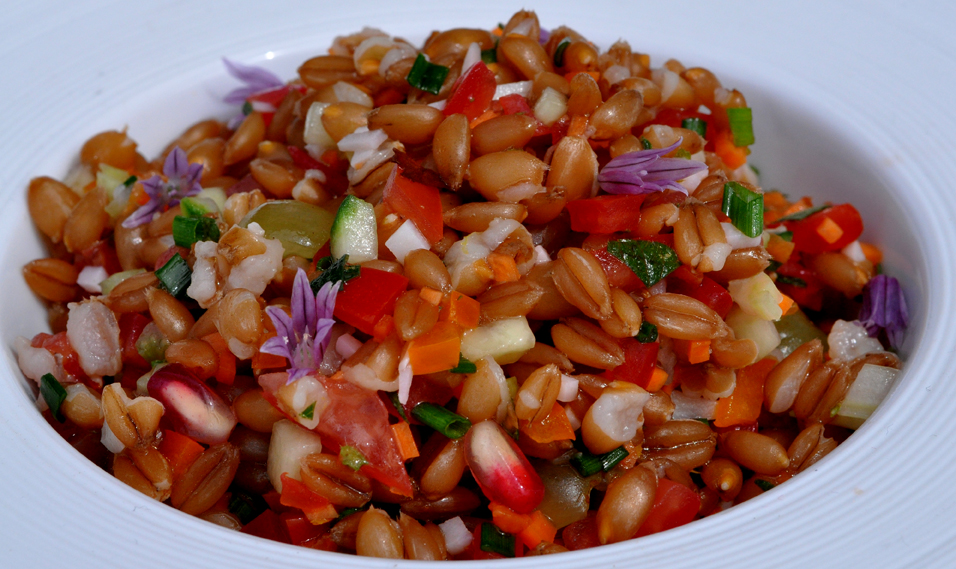 Soak 250 grams of Dunany spelt berries in 1.5 litres of water overnight. Rinse and simmer in 1.5 litres of vegetable stock for 1 hour till soft. Top up liquid when it reduces below the kernels. Leave to cool and drain. Add texture, flavour and aroma with chives, capers, celery, red pepper, carrots, mint, lemon juice, camelina oil, sea salt, chilli flakes and grapes. Pluck the mini flowers from the chive bulb (they add amazing colour and flavour) and add a squeeze of pomegranate juice with seeds.