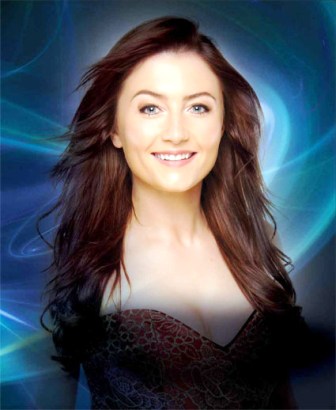 More than just another pretty voice, Éabha McMahon brings a strong sense of Irish history and heritage to Celtic Woman.

I thought I had the band Celtic Woman pegged: old songs, modern twist, dramatic television performances, mass market Irish culture—you get the picture. But the band’s latest addition, Éabha McMahon, showed me I had it all wrong. Her enthusiasm and passion for her band’s honest Irish character completely reoriented my approach to Celtic Woman and made me realize my deductions were prematurely made. After 10 years, Celtic Woman is not doing the same thing they were in 2005, as Éabha’s involvement with the group evinces. A trained sean-nos singer and Fleadh Ceoil champion, Éabha embodies and enhances Celtic Woman’s most recent artistic vision, which is an authentic, organic Irish musical score, summarized in their latest album, “Destiny.”

McMahon is a Dublin native, but unlike most Dubliners, she grew up speaking Irish and did not learn English until the age of six. She sang sean-nos from a young age, and unlike most young musicians, she held no ambitions to be a pop star. Her music choices were not from the top of the charts, as most with most young teens. Instead, McMahon admired traditional singers, especially those who carried Irish music to a global stage.  “I always looked up to Celtic Woman in particular,” she told me, “because they were doing something inherently Irish, but on a world stage.” Those idols turned into friends and band-mates when she got a call last July. While showcasing in New York, McMahon was invited to come perform for Celtic Woman. She has been with them ever since.

Today Celtic Woman is comprised of McMahon, Máiréad Carlin, Susan McFadden, and original member and fiddler Máiréad Nesbitt. According to McMahon, what makes this quartet work is both their communal honesty and their various individualities as singers and musicians. “What I adore about Celtic Woman…is that everyone brings something very unique.” McMahon said she felt completely at ease right from the start of her time with Celtic Woman because they never asked her to unlearn her traditional training. In fact, the group embraced her identity and background as a singer, as they do for each musician. This is what makes Celtic Woman so special for McMahon: “It’s few and far between you’d find a group that completely lets you be yourself.” When McMahon joined Celtic Woman, she found a second family. For her, there is no great difference from the music the four women make in the studio or on the stage and the music they would sing at their family homes around the dinner table at Christmastime.

It might be hard to imagine the glamorous Celtic Woman singing around your dinner table, but I understand what McMahon is getting at. The latest album, “Destiny,” is one of the band’s most traditional yet. It contains more Irish-language songs than any of their other albums. McMahon even inflects the English language songs she sings with ornamentation according to the old Irish style. The timing of this Irish return is no coincidence. The title of the album, “Destiny” reflects the band’s tribute to the centenary of 1916, as well as their own personal celebration of 10 years as Celtic Woman. The album looks backward but embraces the next step toward the future as well.

What makes “Destiny” stand out for me is both its minimalism and its authenticity. I’ve always preferred Celtic Woman’s quieter style, when nothing but their voices are on display, when they mute the accompanying orchestration and embrace their gorgeous harmonies and traditional Irish inflections. “Destiny” is that scaled back style in perfection: voice and fiddle take center stage. One of my favorites, “Bean Pháidín,” for instance, celebrates the traditional Irish musical legacy with unaffected joy. McMahon’s back-story vindicates that audible authenticity: “No one was ever told how to sing a song. We were given the songs and we sang them from an honest place. And it just worked with this album. It’s true to us.”

Listening to “Destiny” convinced me of its inherent Irish pride and its musical integrity, but it was talking to McMahon that really sold me on the album. Her passion for her band enhanced the music’s authentic sound twofold. She said of their rendition of “Óró sé do bheatha ‘bhaile,” “When you listen to it, you get shivers. I feel proud to sing that song on a world stage.” For McMahon, the music she performs with Celtic Woman is spiritual. She admitted that when they sing “Danny Boy,” she goes into a trance. “I swear I don’t consciously sing that song.  It just comes out of us.” Celtic Woman does not fabricate one moment of their “Destiny” show, McMahon assured me, “We are real people and we bring that realness to the stage.”

McMahon’s dedication to “Destiny” and Celtic Woman was infectious. I get more joy and more emotive response listening to the album after having spoken with her, and I am sure that authenticity fills the theaters Celtic Woman perform in. Story by Colleen Taylor