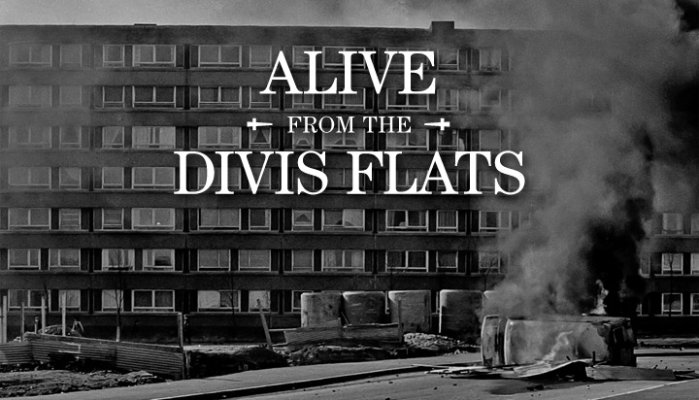 Eleanor McGrath is an active member of the Canadian Celtic community. In 2009, she authored A Story to Be Told: Personal Reflections on the Irish Immigrant Experience in Canada, kick-starting her passion for storytelling. Since then, she has produced three documentary films. Recently she answered our Seven Celtic Questions.

What are your own Celtic roots?
For years I have focused my energies on our McGrath family roots. My aunt Cynthia and I have been working together to trace the history of our great-great-grandfather Thomas McGrath, who is listed in the 1851 Canadian Census as “Laborer, Irish and Roman Catholic.” I knew my paternal Granny Marguerite McLeod’s roots were Scottish, but had no verification until my sister Kate sent me the name of Alex MacLeod – an ancestor that had emigrated from Scotland to Ontario. A twenty minute drive from my farm is where I stood in front of the grave marker of Alex MacLeod, Captain of the 3rd Battalion, who came to Upper Canada in 1793. He fought in the War of 1812, and settled in the area with his wife Margaret. My Celtic roots have not only come full circle, but my family has returned to the farming roots of my ancestors. I marvel daily when I move small rocks, and weed through the garden patch how these early settlers built a nation from a very wild and rugged world.

Why are those roots important to you?
As I uncover our own family Celtic history, I am continually inspired by the stories of people I have known in Toronto and across Canada who have contributed to the fabric of our country in large and small ways, and this needs to be celebrated. Through documentary filmmaking I have found a lasting way to share what has captured my imagination with those who might not otherwise have heard of these people.

What does it mean to you to be of Celtic heritage?
This heritage is a celebration of the ingenuity, strength and determination of often very poor, uneducated peoples who cleared land, built canals, railroads, and sacrificed their lives with minimal recognition. It is sad that the only celebration of the contribution of the Scottish is Robbie Burns’ Day, and of the Irish, St. Patrick’s Day. The impact of the Irish and the Scottish on our country is incredible and remains underrepresented in Canadian history textbooks.

How are you involved with the Canadian Celtic community?
It was a privilege to work as Executive Director of The Ireland Fund of Canada, then as a writer in documenting over 128 stories of Irish Canadians, and now as a filmmaker committed to preserving and elevating the knowledge of our Celtic culture and its impact on our nation. I am proud to serve as a Trustee on the Board of the Ireland Canada University Foundation, a not-for-profit organization based in Ireland which encourages and facilitates academic links between institutions and scholars in both Ireland and Canada. This past April, I chaired “Toronto with a Twist of Irish” – a benefit concert to raise funds for the James Flaherty Memorial Scholarship.

Why is it important to keep Celtic culture alive in Canada?
There is much beauty in the Celtic culture. Often, we are unaware that the art that documented our nation’s early years was the work of Irish and Scottish painters. The most significant example I can provide is of the Irish artist Paul Kane. During Kane’s early travels across Canada, he shared the beauty of our wilderness, and the First Nations peoples, through his art. I also want to draw attention to the Home Children who came to Canada from England, Scotland and Ireland from the 1870s to the 1930s as orphans. By elevating Celtic culture, we elevate the memories of those who had no voice in coming to our country and building it through their labour. Today, over 12 percent of Canada’s population are descendants of these children, and nothing in my mind speaks more strongly to why we need to talk about Celtic culture.

In you estimation, are we doing enough to keep Celtic culture alive here?
Our country has neglected the contribution of the Celtic immigrants for far too long. Today, those with Irish heritage are the fourth largest population in Canada. But in my children’s textbooks there are only two references to the Irish in Canada; Thomas D’arcy McGee, and the arrival of the Irish famine victims.

What can we be doing better?
The most critical first step in exploring the contribution of the Celtic culture to Canada is to revisit our Canadian history and to elevate the academics who are working in the area of Celtic Studies. Equally, Celtic community organizations can do focused work in promoting our heritage and giving voice to the requirement of more textbook history. By rewriting our textbooks, it is paramount to honestly discuss the relationship we had with the First Nations and the treaties made, but not held by, our government and England. A groundswell from the fourth largest segment of Canada’s population would be hard to ignore!