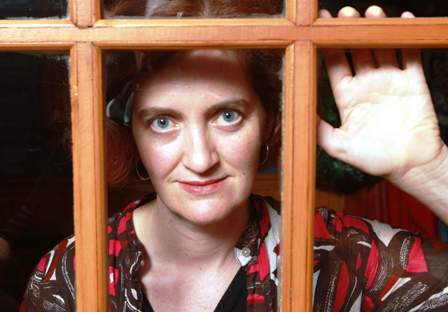 With an array of awards and accolades already to her name, Irish author Emma Donoghue considers her good fortune

“Right now the only thing I am considering is another drink,” laughs Emma Donoghue over the phone from a restaurant in Nice, France.

“Perhaps drinks, in the plural tense, would be more appropriate,” suggests the 46-year-old scribe, who is entertaining a visitor from Sydney, Nova Scotia. “From what I have heard and know, these Cape Bretoners like their kitchen parties. We might be here for awhile.”

Despite all of the attention, Donoghue admits that perhaps the Hollywood hoopla hasn’t hit home just yet.

“Don’t get me wrong, I am very grateful and appreciative that all of this is happening. I would be foolish not to acknowledge my lucky stars and opportunities.

“It is only that I have been wrapped up with Room for what seems like a very long time now; from the initial conception of the story, writing it, re-writing it, editing it, and publishing it, all of the media interviews and readings, the various literary awards and nominations, to the optioning and negotiations for the film rights and the ensuing screenplay adaptation and production of the film itself – it’s been a lengthy, albeit, amazing experience.

“And then, of course, I try my best to have some semblance of a ‘normal’ life as a partner and as a parent to two children.” 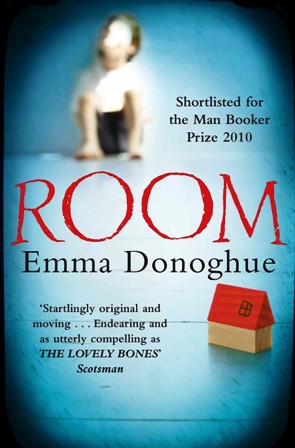 Room has been a game-changer for Donoghue; the touching and tender tale of a young boy and his mother locked-up in a small space for years was shortlisted for the Man Booker Prize in 2010, as well as for the 2010 Rogers Writers’ Trust Fiction Prize and the 2010 Governor General’s Awards. It was also long-listed for the 2011 Orange Prize. The notable narrative won the 2011 Commonwealth Writers’ Prize regional prize, the Salon Book Award (2010), the Alex Award (2011), the Hughes & Hughes Irish Novel of the Year (2010),the  Indies Choice Book Award (2011), and was named WH Smith Paperback of the Year (2011), an ALA Notable Book (2011), an Indigo Books Heather’s Pick (2010) and both a New York Times Notable Book of the Year and Best Book of the Year (2010). As if all that wasn’t enough, the work was nominated for the International IMPAC Dublin Literary Award nomination in 2012.

“That one really touched me,” nods Donoghue. “Perhaps I have a soft spot for home. Perhaps it meant a little more to be acknowledged by my country of birth. Ireland has such a long lineage of literary lions – Yeats, Wilde, Joyce, Beckett – to even be considered in the same breath is simply beyond me.”

The youngest of eight children, Donoghue was born and raised in Eire’s capital city. After graduating from University College Dublin, and Girton College, Cambridge, she relocated to London, Ontario, with her Canadian partner Christine Roulston.

Before Room, there were a number of novels, short stories, plays, screenplays and academic works – all met with great praise.

“I would be lying if I told you that what the critics write does not matter to me,” she confides. “Especially those critics who are established, whose job it is to know literature in a professional capacity.”

One of those reviewers happens to be her father, Denis, a longtime literary critic, essayist and lecturer on the Emerald Isle.

“He’s in his 80s and he is still going strong,” marvels Donoghue. “Thankfully, I get a pass there. But he does send me the kindest notes now and again, telling me how much he enjoyed this or that work, and how proud he is of me. Like any parent, I suppose, he is happy to watch me grow.”

That maturation as a wordsmith, she adds, has been subtle, yet steady over time.

“I am a different writer today, mostly because I am a different person. To some degree, I no longer see myself as an author or short story writer or playwright or screenwriter. I have become more like an artisan, I suppose, a craftsperson. I see the work as an engineer or architect might see it, taking bits and pieces and carefully piecing them together into something solid. 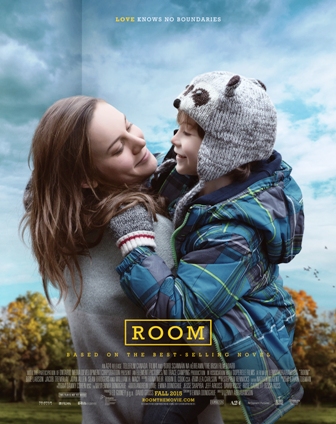 “And, from what I have been told, I have learned to say more with less. That is a skill that I was really able to hone during the screenwriting process for Room; allowing the text to breathe, leaving space for the set and scenery, and inviting the actors and the audience to fill in the blanks with emotion and imagination.

Working with director Lenny Abrahamson was a revelation as well.

“He was very sensitive to the storyline and to the characters. We were very much on the same page that way, in that we understood the challenges of bringing this little story to the big screen. To that end, there was much dialogue on what direction to take with the plot and with the characters. We wanted to stay as close to the original script as possible, while appreciating that there are certain compromises that need to be made for film adaptations. The end result might appear easy and seamless – but believe me – it was quite the task.”

Not that Donoghue is afraid of hard work. Since the initial release of Room six years ago, the prolific penster has published another novel (2014’s Frog Music), two short-story collections, two anthologies of drama, and an academic study entitled Inseparable: Desire Between Women in Literature. As always, other works are in the works.

“That’s what I do,” she says as a matter of fact. “I write. And I would write regardless of the awards and accolades. I’d do it for free. You see, I didn’t choose writing, it chose me. From day one, this calling, this vocation if you will, was never up for negotiation. I have never considered doing anything else with my life.

“Right now, however, the only thing I am considering is another drink.”