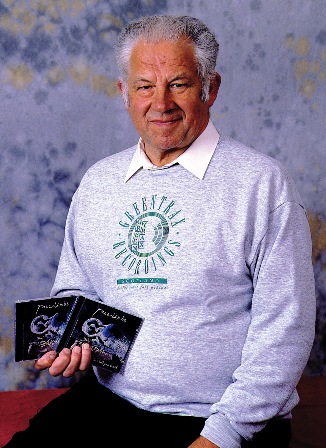 Even after 30 years, Greentrax Recording’s 82 year-old founder and managing director Ian Green has every intention of carrying on as long as finances and good health allow.

A youthful Green joined the Edinburgh police department in 1955, retiring in 1985. By then he had reached the rank of inspector, but had also branched out to pursue his passion for music by organizing concerts, running folk clubs and co-editing a folk magazine, the fortnightly Sandy Bell’s Broadsheet, which showcased the country’s traditional music scene.

“When I retired I saw an opportunity to get more involved in the music industry and Greentrax Recordings was founded the following year,” he recalls via email. “I simply felt that so much of the amazing musical talent in Scotland was being ignored by the major record companies.”

And while he has fulfilled his original musical mandate, Green concedes that current times are challenging for the business.

“The most serious issue is the worldwide decline in CD sales. This is causing all record companies severe financial concerns and holds me back in promoting new and young artists.”

Those economic struggles are tempered by the knowledge that he was never in the business “to make a fast buck.”

“The greatest reward has been seeing Scottish music become better represented both around the world and here at home where a larger percentage of our population now has a greater awareness of its homegrown musical heritage.”

The 30th anniversary is being marked by the release of a compilation double album, a re-launch of Green’s autobiography, and a small celebration among artists and friends.

As an anniversary gives pause for reflection, he notes his personal favourite recordings have been Gaelic Women, Ally Bain and Friends – from one of the most successful Scottish television series of all time – and Eric Bogle’s 5-CD box set.

“Another highlight includes being entrusted with the Scottish Tradition Series from the Sound Archive of the School of Scottish Studies,” he adds.

Developing friendships with many established artists, including the late Jean Redpath, Barbara Dickson, Donnie Munro, and The McCalmans stands out for him, as does being on-hand as emerging artists such as Shooglenifty, Gordon Duncan, Cathy-Ann MacPhee and others achieved worldwide recognition with Greentrax’s help.

“The current Celtic music scene is in good health and the Scottish music scene is fit and well and more widely recognized because of the many fans that have the same interest at heart as myself. More than ever, young people are involved and interested in their musical heritage.”

While he is not the type to try to hold back progress, he views the Internet as both a blessing and a burden.

“On the one hand it helps to get the word out there, but it has also been responsible for the decline in CD sales. There is little success for our genre of music in streaming or in single tracks being downloaded. In any case, our CD booklets are usually full of information on the music and the artists, offering listeners the stories behind the stories.”

His resolve, he believes, is a result of his roots, which go back to the 1745 uprising in the Scottish highlands.

“My family left one part of Scotland, changed their name to Green to avoid being hunted down, and settled in Banffshire. We were on the run so we must have been on Prince Charlie’s side.”

His ancestors worked at a slate mine in Banff, where the owner gave each member of the family a small piece of land on which to build a home and grow crops. Eventually all the small crofts became a farm which was sold off in the late 20th century, before Greens scattered far and wide. He was born in Morayshire, where his own parents were a head-gardener and a servant in the estate houses.

“I am proud and humbled by the many awards the company and I received. In truth, Greentrax Recordings grew far larger than I ever anticipated, mostly as both established and emerging artists understood our commitment to the music itself.

“The artists respect my lifetime involvement in the industry and feel they can trust me – and that alone is reason enough to keep going.”