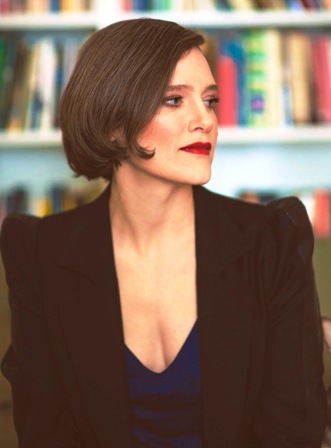 It has been eleven years since author Heather O’Neill released her debut novel, Lullabies for Little Criminals. The critically acclaimed book won both the 2007 Canada Reads Award and the Hugh MacLellan Prize for Fiction.

Since then, the Montreal-based scribe – who is of Irish and French descent – has been as busy as she has been successful.

Two of her works – a novel, The Girl Who Was Saturday Night, and a short-story collection, Daydreams of Angels – were shortlisted for several awards, including Canada’s prestigious Scotiabank Giller Prize. She has also contributed to a number of national publications, and even made the Top Ten list for short films at the 2013 Toronto International Film Festival for her cinematic debut, The End of Pinky.

Despite all the activity, which includes raising her young daughter Arizona, O’Neill continues to create.

“I still can’t believe I finished that book,” she tells Celtic Life International in reference to her most recent novel, The Lonely Hearts Hotel. “I’m impressed with myself, I suppose. But I still can’t believe it. It’s like I’m trying to figure out how a magician got a dove out of their pocket…where did this book come from?”

The tale of two orphans – Pierrot, a phenomenal pianist, and Rose, a gifted vocalist and dancer – did not come to O’Neill overnight.

“I had the idea for these characters when I was very young – 22,” she explains. “I decided to write a book about them. You never begin a book from scratch. It is usually based on something you have been researching for years because you are fascinated by it. So you come to the book with many wonderful facts and findings.

Woven with threads of melancholy, adorned with sex, drugs and poverty, and set in the early twentieth century, the story drew inspiration from both O’Neill’s hometown and her stint in theatre there.

“I loved acting when I was at McGill University,” she recalls. “Performing Commedia dell’arte on a small stage is one of my favourite artistic memories. I employed a lot of narrative techniques from the stage and other art forms in The Lonely Hearts Hotel, and I experimented with structure in a way that was very fulfilling. I think my idea of the scope of storytelling was expanded…I tried things I haven’t seen in books before.” 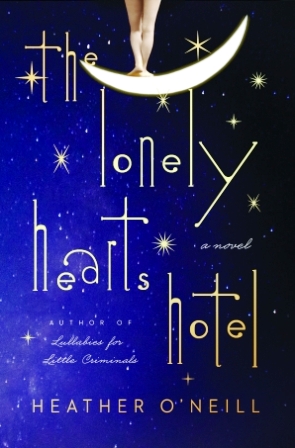 While the story and characters had been residing in her mind for some time, bringing the book to life presented certain challenges.

“The first draft was so enormous and messy. It did not seem to want to be a novel. It wouldn’t behave. I couldn’t tame it. Although, this happens in the process of every novel I have written.

“There was a moment when I was re-reading the manuscript on an airplane, and it all became clear to me; the story, the themes, the direction. It was thrilling. Everything was downhill from that point.”

Though only just published, the work has already been embraced by critics.

“They like it a lot,” acknowledges the author. “In fact, more than anything else I have ever written. But you never know what a book is until it is released into the wild.”

Like her new narrative, O’Neill’s creative career was shaped over many years.

“In grade five…my English teacher liked my short stories, so I thought I might have some talent in that department,” she remembers. “I loved reading books. I preferred them to people. I thought it was a way in to that magical world. It could get me closer to Anne Shirley (Green Gables).”

Today, she is one of the biggest and most influential names in contemporary Canadian literature.

“I have so much more confidence and wisdom and technique now. You have to be inspired and intuitive and take great leaps of faith and reason while writing. You have to force yourself to be in an inspired state all day long.”

With another novel already in the works, O’Neill is looking to the future.