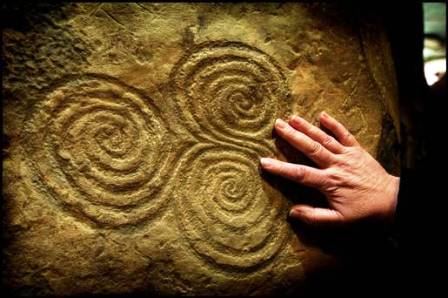 Ireland’s bold and beautiful south-eastern coastline is a mélange of history, where Celtic heritage is accented by a brew of other cultures.

In truth, the trip could not have come at a better time; with Canada knee-deep in winter, the milder temperatures of the Emerald Isle would be welcome relief from the continual cold and snow.

In addition, and from a professional perspective, it’s always good and wise to take a break from the office; Celtic Life International has never been better and busier, with 2016 forecasted to be our finest year yet.

Personally, the past year has brought a plentitude of challenges; last July, my father passed away after a lengthy battle with cancer, and then, soon after, I was diagnosed with my own health issues. After several months of intensive treatment, most of which was spent cooped-up and convalescing at home, I have been cleared for take-off and travel.

Alas, and in truth, the trip could not have come at a better time.

Re-reading my itinerary for the week, I am excited by the possibilities of Ireland’s Ancient East; Dublin, Wexford, Waterford and Cork are the main stops, with side trips to smaller locales connecting the dots.

The country’s bold and beautiful south-eastern coastline is a mélange of history, where Celtic heritage is accented by a brew of other cultures, including Viking, Anglo-Saxon, and more.

Aside from a short sojourn to Glendalough, just south of Dublin, in 1989, I have never seen this part of Eire. On that first trip 26 years ago, I circled from Dublin, through the north, and down the west coast to Kerry, eventually crossing the country back to the county’s capital city. In 2013, I spent a wonderful week exploring Dublin in depth. In 2014, I revisited Northern Ireland, noting the miraculous change brought on by fifteen years of peace there. Last year, I traversed the Wild Atlantic Way, trekking from Galway to Donegal, reeling in the romance of the region’s raw and remote landscape.

All research aside, Ireland’s Ancient East would only truly reveal itself once I had arrived, feet on the ground, eyes and hands recording my daily experiences.

I also knew enough to draw on the experiences of others, and on the trans-Atlantic flight from Boston, a few cared to share.

“This is our third trip over in the past five years,” says Rick Flynn of Worcester, Massachusetts, who, along with his wife Olivia, has roots in County Carlow.

“I retired in 2010,” he continues, “and with the kids out of the house, I had some extra time on my hands. I always wanted to explore my family’s heritage, and thought, well, there’s no better time than now.”

Flynn explains the timing of the couple’s annual trip.

“Oh, it’s definitely quieter over there this time of the year,” he says. “But that gives us a more choices of where to stay, what to see, and how to get around. And though the weather isn’t exactly tropical, it’s still better than the bitter New England winter.”

Like Flynn, Mary Hanlon of Manchester, New Hampshire, is no stranger to the Emerald Isle’s eastern shore.

“I’ve been at least a dozen times over the last two decades,” she shares. “My husband and I would rent a car in Dublin and just drive up and down the coastline, letting the wind take us where it would.”

After her partner passed in 2007, Hanlon took a break from her travels, eventually returning to Ireland with her daughter Peggy in 2012.

“That first trip back without him was very, very hard,” she recalls. “There were so many memories, and I cried and cried. But it was an opportunity for me to heal, and I also realized that those memories were meant to be shared.”

“Mom and I celebrate Dad’s life each time we go,” pipes-in Peggy. “I have no doubt that he is there with us the whole time. For Mom, it’s a chance to remember him and their relationship. For me, it’s a chance to know both of my parents a little better. And we’re making new memories, maybe some that I can pass along to my own two children some day.”

Alongside the lush landscape, historical sites, cultural landmarks, quaint inns and cozy pubs, Mary says that people are a pivotal part of the experience.

“The Irish, particularly in that part of the country, are so warm and welcoming – really down-home, salt-of-the-earth types. And we have made so many great friends there over the years that each visit is almost like a homecoming of sorts.”

As our plane touches down at Dublin Airport, and we disembark through customs and security, I share the sentiment of my fellow travelers; as soon as the soles of my shoes hit the ground it feels like I am home.

Be sure to check in daily for our ongoing coverage of Ireland’s Ancient East. And watch for regular updates on our Facebook page!