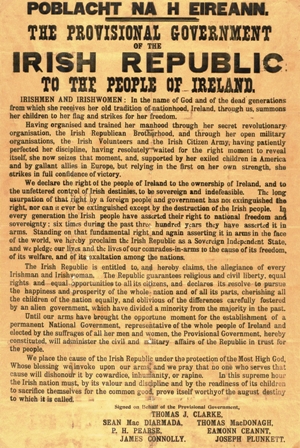 A readiness to celebrate is an aspect of the Irish identity that taxi-driver Martin Jennings will flaunt this Easter. “I wasn’t around the first time but I am now. I’m going to enjoy it. It’ll be fantastic,” he promises, during an early morning journey to Dublin Airport.

Easter Sunday will see him join thousands of others to witness an Irish Army officer read the Proclamation outside the GPO, heralding the start of the main public commemorations. After a wreath-laying ceremony and a minute’s silence, Ireland’s Defense Forces will lead a huge parade through the city, with an Air Corps fly-past and a 21-gun salute.

The 54-year-old grandfather relishes the opportunity to celebrate events which shaped modern Ireland. Despite the lucrative prospect of thousands of visitors arriving in Dublin, Jennings is taking a short break to “re-live history” where possible.

‘’I’d love to see a re-enactment of what happened at the GPO or Kilmainham Gaol,” he explains, “I want to know what it was like when those men were executed.

“I went through school and it was ‘Easter Rising this…and Easter Rising that…’ But the teachers were only young themselves, reading it out of books. They knew less then than we all know now.”

Jennings has instructed his daughter to record all five episodes of RTÉ’s new television drama, ‘Rebellion’, and plans to watch it in one epic sitting. The multi-million euro production by the Irish state broadcaster attracted more than half a million viewers on its first night. “I start taxiing at 2 a.m.,” Martin grumbles, “so I’m always in bed on Sundays when it’s on.”

Airport runs keep him busy. Dublin now ranks among the ten busiest airports in Europe, handling up to 80,000 passengers a day. A recent economic report revealed that one sixth of those born in Ireland, and aged over 15, now live abroad.

“It’s a far cry from the Proclamation but we’ve a great country with plenty to celebrate. We could start before St. Patrick’s Day and keep going through Easter and beyond,” he laughs.

The differing attitudes of the tour-guide, teacher and taxi-driver reflect the challenge facing organizers of the ‘Ireland 2016’ program – how to strike a balance between commemoration, reflection and celebration.

The most significant events include a ceremony at the Garden of Remembrance for all who died in 1916, a reception for relatives of those who fought in the Rising and a synchronized wreath-laying ceremony marking the moment the first shots rang out.

Other highlights include the opening of two new visitor facilities at the GPO and Kilmainham Courthouse, a major exhibition at the National Museum, and seven themed concerts in the National Convert Hall. Libraries, history groups and community organizations will complement the program with hundreds of smaller events connecting the Rising to different localities. 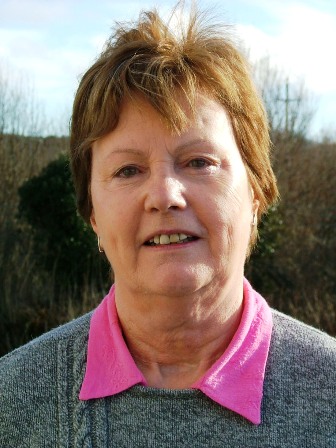 Former RTÉ and BBC journalist, Póilín Ní Chiaráin, spent ten days recently in the rural west, in her home county of Mayo, and found people chatting about the centenary and deciding what to attend.

“Ireland has undergone huge changes, especially in the past ten years,” the native Irish speaker reflects. “This centenary invites us to look again at the high principles enunciated in the Proclamation and to realize how little they have been delivered.

“Irishness nowadays isn’t just for those who followed the 1916 tradition or aligned themselves to violent republicanism – its more varied and inclusive than before.

“I know families, for example, who’re talking freely about relatives who fought for Britain in the Great War. They wouldn’t do that before. Now, it’s no longer a matter of shame or something to hide. There’s an acknowledgement of our diversity that wasn’t there previously.”

That acknowledgement has seldom been more evident than last May when Ireland became the first country to legalize same-sex marriage by popular vote. It showed too how the grip of Catholicism – so fundamental to Padraig Pearse’s ideology – had loosened.

“There’s been a fragmentation and splintering of the old order,” Póilín adds. “There’s a loss of trust in government, and major establishments – like the Catholic Church and financial institutions – are now viewed with suspicion.”

She says the erosion of sovereignty caused by Ireland’s recourse to an EU bailout at the height of the financial crisis angered and upset many citizens. “Despite its being a relatively young state, people had come to take Ireland’s sovereignty for granted. When they thought they’d lost it to Europe, they treasured it as never before. This will feed into the celebrations and media debates at a local level.”

The Irish government wants to demonstrate that its 2016 program is ‘inclusive and respectful’. An official event will take place to remember the 107 British soldiers killed in the Rising. But Northern Ireland’s unionist First Minister Arlene Foster has already stated that she won’t attend any official commemorations, describing the Easter Rising as “an attack on democracy.” 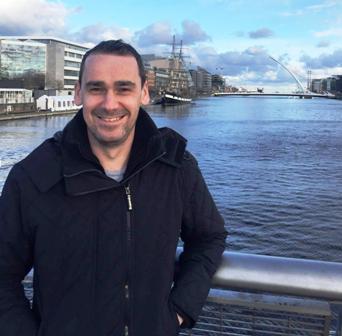 33-year-old accountant Ciaran Nixon commutes regularly from his home in Donegal to work with a US software firm in Dublin. Given the meandering path of the border separating North and South, his route requires him to leave the Republic and cross into Northern Ireland before re-entering the Republic. He’s well aware of the Troubles’ impact in border regions and rejects any suggestion that commemorating 1916 celebrates violent republicanism.

“The Rising was a stepping stone towards establishing a republic, so it’s important to celebrate what it eventually achieved. We’re not celebrating the fighting – but it’s how the country was founded. Just like in the American War of Independence, they did what was needed at the time. It’s important to remember that.”

1916 is one of the first things he remembers learning about at school but it took the centenary to re-awaken his interest. Reading about it as an adult has revealed how little he actually knew about “what those guys were fighting for”.

“I’d have agreed with their ideals and supported what they set out to do. What they did was brave and high-risk, and by the time Ireland was officially declared a Republic 20 or 30 years later, the lives of a lot of people had changed.

“But the rebels’ idealism – the demand for an independent and sovereign state – is outdated now. The political landscape has changed massively.

“You’ll find people from all over the world living and working in Irish towns. The violence in Northern Ireland is gone. The people who run the country now are basically working for Europe. What the rebels fought for in 1916 doesn’t have relevance today.”

Relevant or not, a new generation is measuring itself against aims and ideals identified a century ago, and believes society is falling short. 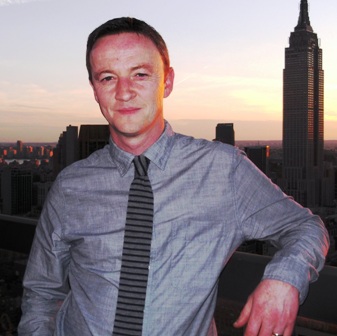 “The centenary’s creating a lot of fresh debate,” notes the owner of Irish Academic Press, Conor Graham. “People are taking a close look at the Proclamation – at aspirations like ‘cherishing all of the children of the national equally’ – and asking how many of them have been realized, 100 years on.”

The County Kildare publisher says one of his most successful books to date is ‘Easter Rising 1916: The Trials’ – a re-examination of the rebels’ military trials, based on new archive material. “We published it first in September 2013 and it’s still selling strongly. It just keeps going.”

The Rising’s centenary has generated a glut of new publications too. Mass reproductions of 1916 newspapers sell out within hours. Visit any Dublin bookshop and see shelf upon shelf of biographies, memoirs and histories.

“Almost every Irish publisher and all the major UK houses have released at least one book. International publishers have some offerings too. Lots of amateur historians are writing about their great-grandfathers’ involvement. Some of it’s fantastic.

“There’s always been interest in the Rising but the centenary has caused an upswell,” Belfast-born Graham observes. ”Anyone from middle-age upwards is interested – even people I wouldn’t expect to be interested are talking about it.”

Clearly, 1916 still matters. Thousands will line the streets of Dublin on Easter Sunday and see the Tricolour raised to full mast above the GPO. Thoughts will turn to the rebels who stood under its vast portico a hundred years ago, proclaiming their vision of an Ireland that “guarantees…equal rights and equal opportunities to all its citizens.”

“There’s a lot of unfinished business,” concludes Poilin Ni Chiarain. “For a state born in civil war and violence, that’s understandable to a point. But we lost an opportunity with the fiftieth anniversary to take a different direction and implement more of the Proclamation’s principles. The centenary offers us another chance.”

Shortly after the Rising, W.B. Yeats remarked to an acquaintance, “As yet one knows nothing of the future except that it must be very unlike the past.” As commemorations and celebration turn into reflection and re-imagining, the Rising looks set to haunt Ireland for years to come.

Now and in time to be,
Wherever green is worn,
Are changed, changed utterly:
A terrible beauty is born.
-W.B. Yeats