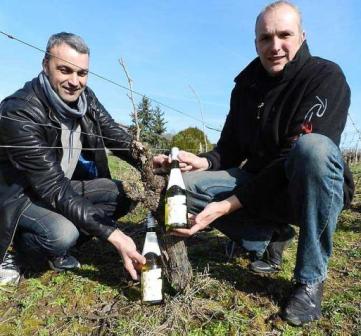 If you are from Wales, travelling through Brittany on the Atlantic seaboard of France is, I believe, an even more interesting experience than it might be for other visitors. As well as taking in the amazing landscape, history, food and drink, a Welshman will find things to remind him of home, including place names, saints’ names, house names and other signs of a once-common language. Welsh and Breton share the same root Celtic dialect, and despite the fact that the two peoples have been separated for around 1500 years, a Welsh speaker and a Breton speaker can still converse on a basic level today.

Some years ago I was in Brittany for a wedding. Our hostess introduced her Mastiff dog to me as ‘Pen Du’. When I said ‘Oh, Black Head’ she was amazed that someone from the British Isles could understand Breton (it means exactly the same thing in Welsh). Interestingly, the Breton anthem uses the same tune and, essentially, the same words as the Welsh National Anthem. The region also hosts the world renowned Festival Interceltique every August, where Celts from all over the world visit, bringing their own music, costumes and languages in a celebration of all things Celtic. At around the same time every year in Wales we have the National Eisteddfod.

Brittany, and its neighboring regions (most notably Normandy), are perhaps better known for drinks such as cider, beer and calvados than wine. However, there is one particular wine that needs to be sampled when visiting Brittany – Muscadet – because it matches so well with the amazing seafood on offer in the region, and is such good value for the money. The home of Muscadet is the Pays Nantais – sometimes known as ‘Neptune’s Vineyard’ – because of its proximity to the west coast and all the wonderful seafood. The wine seems so perfectly in tune with the local oysters, mussels and prawns that any visit to a seafront restaurant in the area demands a nicely chilled bottle alongside.

Muscadet is made from a grape variety called Melon de Bourgogne – a relative of Chardonney. It is very dry, but not particularly acidic. It can have a slightly salty quality that again works well with the seafood. Without seafood, the wine can be a little too dry for some palates, but it is worth paying a little extra for a bottle because the wine is tremendously good value and the better labels can make a very interesting drink, even without food.

One Muscadet producer who is very proud of his Celtic roots is Pierre-Yves Lusseaud. His vineyard at Chateau De La Galissonnière is in the heart of Brittany’s wine growing region and is named after Admiral De La Galissonnière, a one time French Governor of New France (the French Territories in North America). The chateau dates from the 16th century and its gardens contain trees and plants brought back from the New World by the admiral. It is also a B&B where wine lovers can stay and sample his wines. It is located in le Pallet, which has a wine museum and is a great base for visiting the sights and sampling the tastes of the region.

Pierre-Yves has recently launched a new range of wines that aim to emphasise the region’s Celtic connections. The new wines are labelled with the Celticae name, and include Muscadet and an intriguing sparking wine called ‘The First Spark of Amoric’. Amorica was the ancient name given to this part of Brittany.

Pierre-Yves Muscadet is a ‘sur lie’. This phrase can be seen on many bottles of his wines, and refers to the traditional way of bottling the wine – straight from the fermentation vat. This method is used for the lees to improve the texture and flavor of the wine. When examining a bottle of Muscadet, having ‘sur lie’ on the label is normally a good indication that the wine is well made and is likely to be good quality.

Another producer in the Pays Nantais worth considering is Pierre Sauvion. Pierre is the fourth generation of his family to produce wines at Château du Cléray. He returned to the family vines after some years in the industry in California, Australia and Bordeaux. He has been involved in winemaking since his youth and claims that his youthful appearance is all down to his drinking of Muscadet since the age of three!

Pierre makes a special prestige cuvée that is only made in the best years and is blended from a variety of sources. It is called Muscadet Sèvre-et-Maine sur lie ‘Cardinal Richard’. This is a very good quality Muscadet and, when you consider that it can be bought for well under £10 GBP a bottle, you can appreciate what a bargain Muscadet can be.