Marching Through the Marches 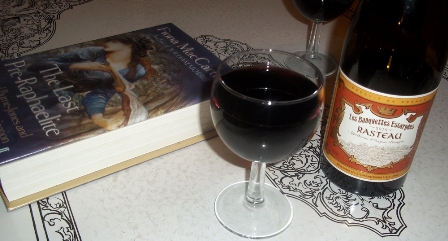 When the Roman legions abandoned Britain in 410 AD, the country was left wide open to invasion from northern Europe. Tribes, from what is now northern Germany and southern Denmark, swept into Britain and went to war with the native Celtic-Britons. These Anglo-Saxon invaders were ultimately to become the English. The native Britons were gradually pushed further and further westwards into the marginal mountainous regions of Britain.

Before England became one country there were various Anglo-Saxon kingdoms vying for superiority. The most powerful ruler in the mid-eighth century was King Offa of Mercia. His territories were in the midlands of England. Offa was responsible for one of the most ambitious building projects of the Dark Ages – the construction of an enormous earthwork wall and ditch along his western border with the native British. This ditch was to become known as Offa’s Dyke and was to mark the border between two countries –England and Wales. This border region was fought over for many centuries and became known, in medieval times, as the March of Wales.

Many of my favourite places to buy and drink wine are in this beautiful part of Britain. East from my home in the Brecon Beacons area of mid-Wales, I cross Offa’s Dyke near the famous literary town of Hay on Wye and enter the Golden Valley and the county of Herefordshire. This region was once the ancient Welsh Kingdom of Ergyngand, and despite now being on the English side of the Dyke, it still has numerous villages and towns with recognisably Welsh names. The city of Hereford is a beautiful place with wonderful medieval streets and half-timbered buildings, my favourite of which is Tanners wine merchants. Tanners is one of the best small, independent merchants in the UK, and has been supplying the Marches with fine wines since 1842.

North, through Herefordshire and into the county of Shropshire, is another historic Marcher town – Ludlow, once the administrative capital of Wales and the Marches, where the Princes of Wales held court. Close to their castle today is Bentley’s Wine Merchants. The cross-border connections continue as the people who own this wonderful little shop are also one of the main suppliers of wine to a fantastic hotel and restaurant in Wales called Tyddyn Llannear Corwen, which recently won the Good Food Guide’s best wine list in Britain award.

The capital of Shropshire is Shrewsbury. If ever you want to get a sense of what it was like to live in a medieval town (minus the stench, violence and disease) spend a night in the old part of Shrewsbury just over the bridge from the Abbey on the Wyle Cop.

At the heart of the Wyle Cop is Tanners Wines main shop and cellars, where visitors are welcome to observe the amazing spectacle of full cases of wine being dropped from the ground floor above the cellar to the cellarman some 25 feet below via a large wooden shute.

Tanners’ Shrewsbury shop also has a tasting room with a wonderful new contraption that allows them to sell very fine wine by the glass while keeping it in perfect condition after opening. I was pleased to discover my favourite white wine was available this way; Andre Perret’s Condrieu, Coteau du Chery. The only other place that I have seen Condrieu on sale by the glass was in Ampuis, in the heart of the Condrieu producing area of the northern Rhone Valley.

To return to the Welsh Marches, the town of Llangollen has become my home from home in North Wales. This is largely due to the Gales family and their wonderful hotel/wine-bar/wine shop/restaurant ‘Gales of Llangollen.’ Opening a wine bar here in the 1970s was a bold move, but it has paid off; Gales in now a must-stop place for any wine lover making a journey to this area. The term ‘bon viveur’ could have been invented for Richard Gale, who is the most genial of hosts. His knowledge of wine and wine makers is immense. Despite the small scale of his business, he stocks wines from some of the most famous producers in the world, including the legendary Chateau Musar from Lebanon, and Louis Roederer Champagne. His house port – of which every guest has a complementary taste from decanters in their rooms – is an excellent offering from Ramos Pinto.

Richard’s son Pip is now head of house and has an amazing palate. He was recently admitted to the prestigious and very exclusive Academie du Champagne. Every week he sets up wine flight tastings to match the excellent food served by Gales’ kitchen team. This is a great and affordable way to sample a variety of wines in one sitting.

The best thing about small wine merchants like Tanners, Bentleys and Gales is that they mainly deal with small family producers and they know these producers personally – they visit their vineyards, taste wine and food with them, and form bonds that go beyond just business. Consumers benefit because all the wines they stock are tried, tested and vouched-for by the merchants. Therefore, for just a few pounds more than a discounted, mass-produced, generic offering from a supermarket, you can get great quality and taste from a local merchant with a great love for the product. ~ By Michael Davies

Dr. Michael Davies is an author, historian and wine expert in Wales.
www.dragon-tours.com