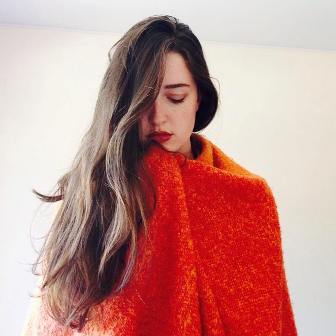 “I still get quite nervous before performing,” confides the young Irish singer-songwriter. “But I’ve come a long way from being a teeny 13-year-old literally shaking like a leaf onstage.”

Born in Ashbourne, just outside of Dublin, Crowther was immersed in music as a child. “Both of my parents were in a folk group for years,” she recalls. “I was taken to practices and performances, so I was always surrounded by harmonies, guitars, keys, and renditions of some of the classics.”

Her parents also had an extensive record collection, which helped feed her musical fires. The 18-year-old lists U2, the Beatles, Fleetwood Mac, ELO and Stevie Wonder among her biggest musical influences. “I’d always loved poetry and music, and one day when I was about 12, I was just messing around at the piano and tried to combine the two. I got such a buzz from it, and I haven’t stopped since.”

And though live performances still make her anxious, the rewards are worth the price of admission. “All musicians will agree that the feeling you get from being onstage and playing your own songs – and having people actually listen and enjoy them – is euphoric,” she explains. “Experiencing a crowd singing along to your songs and knowing the lyrics is incredible.”

Crowther’s hard work has afforded her many opportunities; on her 18th birthday, she performed with an American rock legend – former Bon Jovi guitarist Richie Sambora. She has also shared the stage with the likes of The Heathers, Orla Gartland and Gavin James. In addition, the alternative-folk musician has hit the iTunes charts on many occasions, has been streamed on Spotify over 130,000 times, and has been play-listed on both national and international radio stations. “That feels so crazy,” she laughs, “people’s encouragement, support and praise constantly astound me!”

Crazy or not, there seems to be plenty more to come for the young song-smith. Crowther has been busy for the last few months, prepping her new EP, which was released in October. She notes that making the recording involved “a lot of random and spontaneous late-night song-writing sessions, being a loner now and then in order to finish off songs, and quite a bit of studio shenanigans.”

“I suppose underpinning all of that would be the various experiences I’ve had that inspired the tunes. And I get to work with really cool, talented and generally fab people – so it was a creative and insightful experience.”

The songs, she shares, have to arrive naturally. “I just don’t see how I could ever make myself write a song purely for the sake of writing a song. Without sounding like an angsty ‘mom, you don’t understand me’ teen, music and lyrics are pure art-forms.

“I don’t think that honest and meaningful art can be manufactured. For me, music is how I express myself – it’s a natural process.”

Good songs, she continues, are a mixture of “simplicity, honesty, imagination and emotion – although I don’t think there’s a definitive formula.”

These days, Crowther is trying to balance her musical career with her studies. Currently in her sophomore year of post-secondary, she is studying primary school teaching at St. Patrick’s College in Drumcondra. “It’s been tricky to say the least, but it seems to be working out at the moment so I hope to keep going… and keep improving my balancing act!” It’s a team effort, she adds. “My management, friends, family and college are all fantastically supportive… so I’m extremely fortunate to have them around for advice and guidance.”

Already looking to the future, Crowther is mapping out what’s in store for 2016. “I’ve been writing a lot lately, so I hope to record a good bit next year and get more new music out there – that’s my main focus for the time being. I’m always looking to improve as an artist and learn my craft as best as I can so I’ll do that, too. Hopefully we’ll finish 2015 on a high note and set our sights on summer 2016 for a few festivals if I’m lucky!”