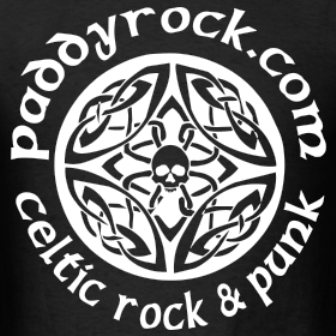 The first took place around 1990, when hewas blown away by Newfoundland-based folk band Great Big Sea at the International Freedom Festival in Windsor, Ontario. Later, while living in Ottawa, he picked up his first copy of Shite’n’Onions, a compilation CD distributed by a popular online Celt-Punk zine. Then, in 2003, after getting married and moving to the United States, Duckworth attended the Irish 2000 music and arts festival.

“That was it,” recalls the now 42-year-old via email from his home near Bethlehem, Pennsylvania. “I was all in and could not get enough.”

Inspired by the music of The Glengarry Boys – one of his favourite acts – Duckworth launched the Grinning Beggar Celtic Music Podcast in January 2011.

“I decided everyone in the world had to hear this amazing music,” he explains, adding that “everyone I knew would hear me say ‘Celtic’ and automatically assumed it was Grandpa McVicar drunk on a barstool singing old Irish folk songs. And while I cherish those songs, such was no longer the case and I was out to prove it.”

Duckworth now owns and operates PaddyRock.com – the online home for his sonic sojourns. The program has evolved into two distinct shows: one highlighting punk and rock, and the other showcasing Celtic music’s “American Roots.” It is a time-consuming gig, as he does everything from programming the music and interviews to running the website and an accompanying YouTube channel. It is also a challenge to stay up-to-speed on new music, as there is so much out there.

“Some of it sounds pretty old-hat, but there is a lot of really new, cool and unique stuff being released,” he notes. “As for the live music scene, that is fundamentally flawed from the top to bottom: venues pay too little, which forces the artists to charge more, and then only a few fans show up anyway. The question is how do we fix this?”

In spite of those issues – or because of them – Duckworth has doubled-up his efforts.

“I don’t want to simply see this culture survive, I want it to thrive.”

“I want to know that on any given night I go can out and see a quality live band without having to travel two hours. So I support the bands, the live events, various cultures, sub-cultures, and the fans that make it all up. Paddy Rock might be my vehicle to do this, but without the fans it would be absolutely nothing.”

The rewards, he adds, far outweigh the demands: he is always learning about, and listening to, the music he loves; he has had the opportunity to chat with plenty of musicians – some of whom have since become close friends; and he has been to countless concerts and festivals to take in live performances.

“The greatest reward of all is when people write or message me and tell me how much they love what I do, and how it improves their day or their life. I have received many messages from service men and women and law enforcement officials over the years, and that means a lot to me. I am happy to give something back to these folks.”

Duckworth isn’t planning on slowing down any time soon. From his perspective, more people are developing a taste for Celtic music than ever before. The number of young people and children at Celtic festivals is on the rise, as are emerging artists like The Kilmaine Saints.

As such -and though he is quick to confess that his passion and Canadian background leads to the dropping of an occasional f-bomb or two during the podcasts – hedoes his best to keepthe showsclean and family-friendly.

“If we all do a little bit we can save our music scene. It’s all in doing and not just saying.”

Eventually, he hopes to make the podcast a full-time career by turning it into a full-on indie radio station. Until then, he will continue to grow the shows – and his audience – with akaleidoscope of classic and contemporary Celtic music, tidbits of trivia and news, and insightful interviews.

“I’m stoked about the possibilities,” he shares. “There are so many directions this could go in. But, at the core, Paddy Rock will always be about great tunes for great people.”