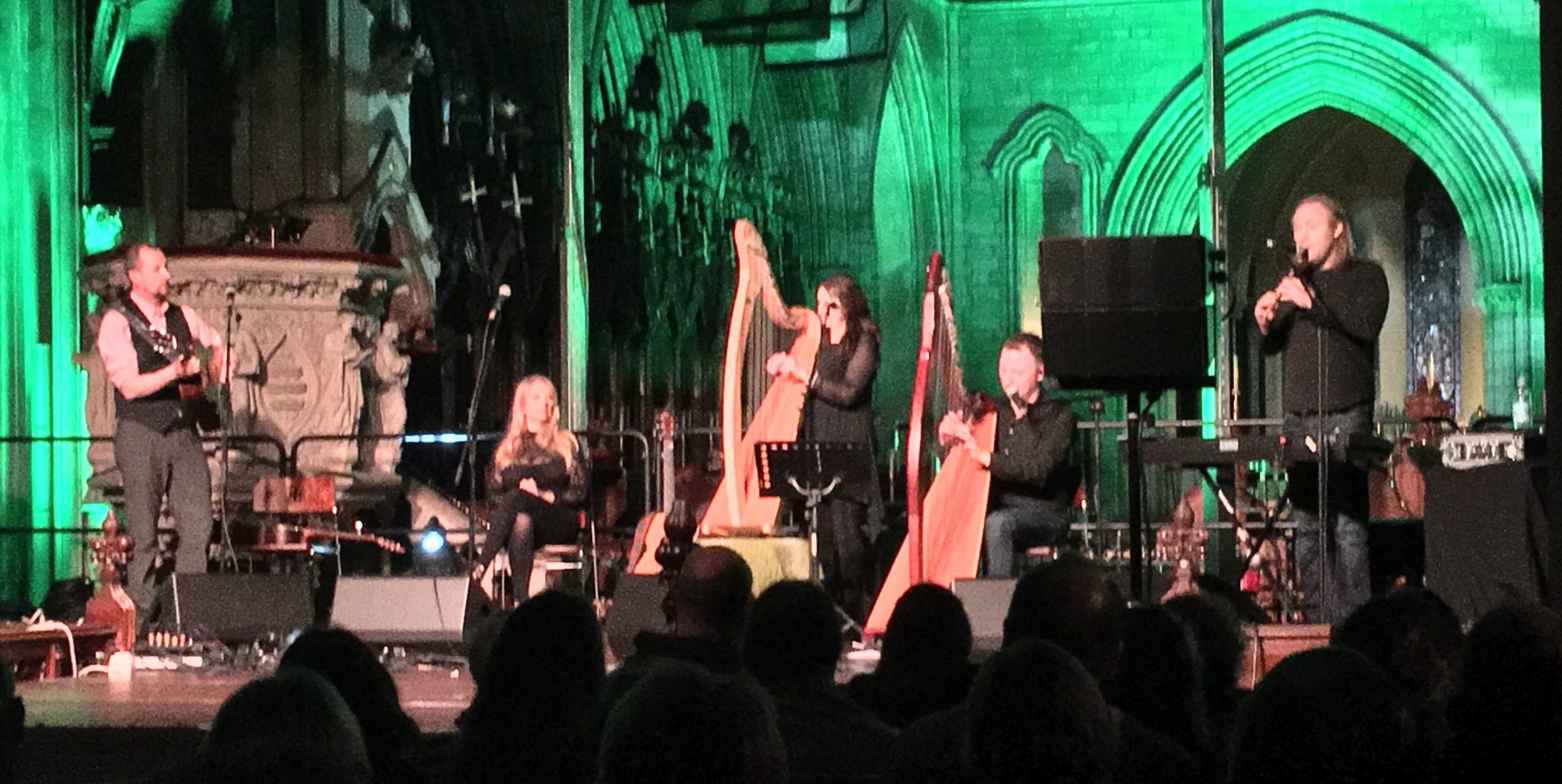 Along with guitarist John Doyle, musical brothers Cormac and Éamonn De Barra, and American singer-songwriter Ashley Davis, Brennan – famed vocalist for Donegal-based legends Clannad – has completely captured the crowd for over an hour.

It is an impressive start to the festivities, which run until January 29 at various venues across the Irish capital, and showcase the likes of Fairport Convention, Billy Bragg & Joe Henry, Lisa Lambe, Afro Celt Soundsystem, Maria McKee, and dozens of other world-renowned artists.

“There is truly something for all ages and audiences again this year,” says festival programmer Kieran Hanrahan. “I have no doubt that everyone will enjoy a truly unique and exciting celebration of our culture.”

The event’s history and mandate is well-spelled out on the TradFest website; 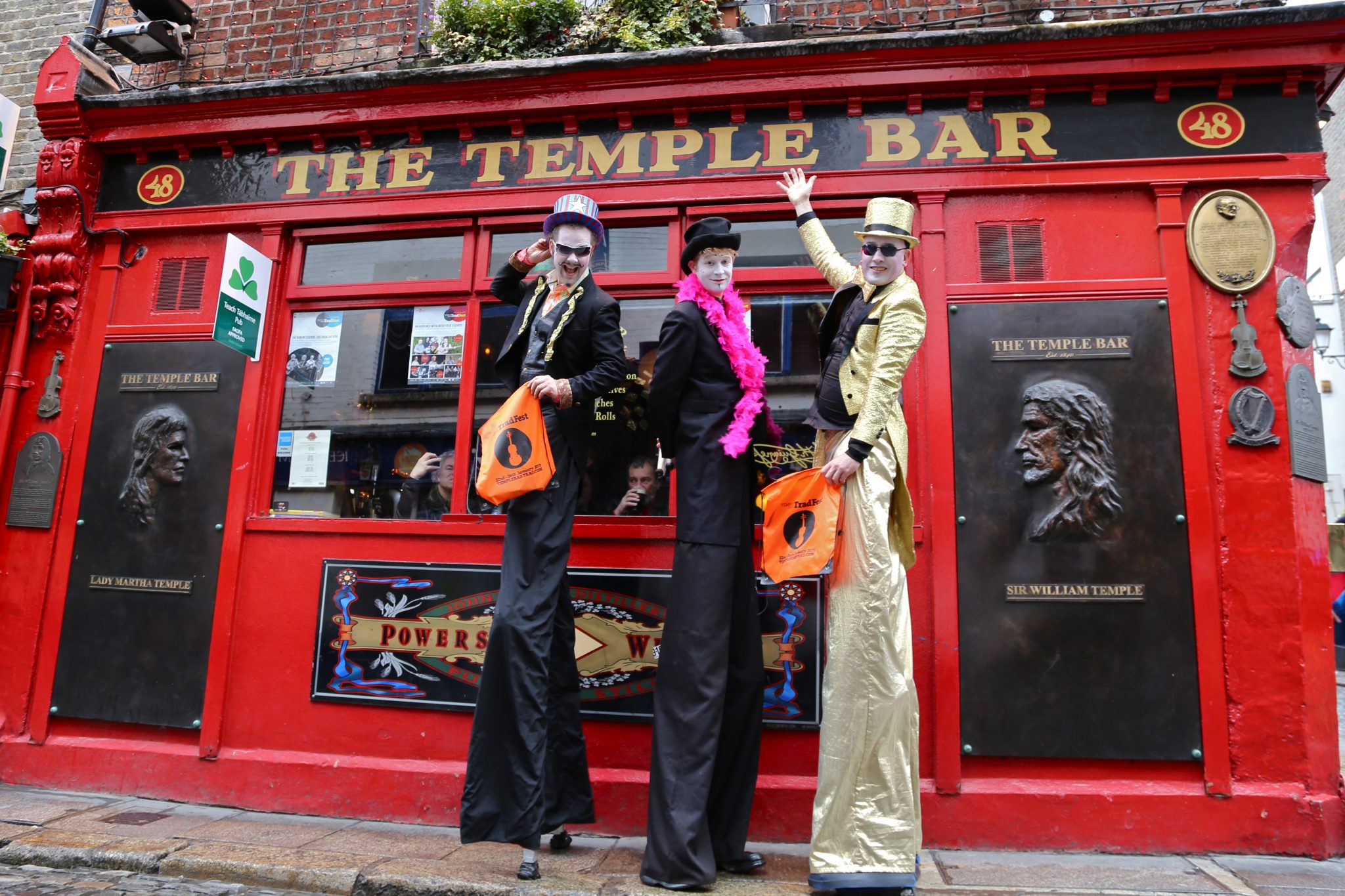 “Our festival started out in 2006 as a small niche traditional music festival, a first for Dublin. We wanted to create something special – a festival showcasing the cream of both Irish and international trad and folk artists while also providing a stage to promote the next generation of Irish musicianship. From modest beginnings, the festival has gone from strength to strength. The past decade has seen the festival grow in terms of size, ambition and musical breadth, with a line-up that now appeals to the purist and the merely curious alike. Although TradFest today is Ireland’s largest festival of traditional music, we now also feature artists from the worlds of folk, nu-folk, and even rock ‘n’ roll! We want to keep it special – we are still a boutique Winter festival, closing the door on the darkest season and ushering in the light and energy of Spring. TradFest also offers concert goers unique opportunities to experience live music in some of Dublin’s most historic places. From the breathtaking nave of St. Patrick’s Cathedral to the grandeur of City Hall, this is the difference between memorable and unforgettable. We invite you to join us, to feel every note. This is more than just trad, we call it Radical Trad.”

The yearly gathering is organized by the Temple Bar Company, which was established in in 2003 to provide a democratic voice for all business, cultural and voluntary sectors within Dublin’s Temple Bar district. More than a business association, the group’s mission is to “protect, enhance and develop the area known as Temple Bar; to ensure that Temple Bar is kept clean, safe, attractive and accessible for all who live, work and visit the area; to promote the arts, tourism, trade and commerce and to maintain and promote Temple Bar as Ireland’s leading entertainment, business and cultural quarter.” 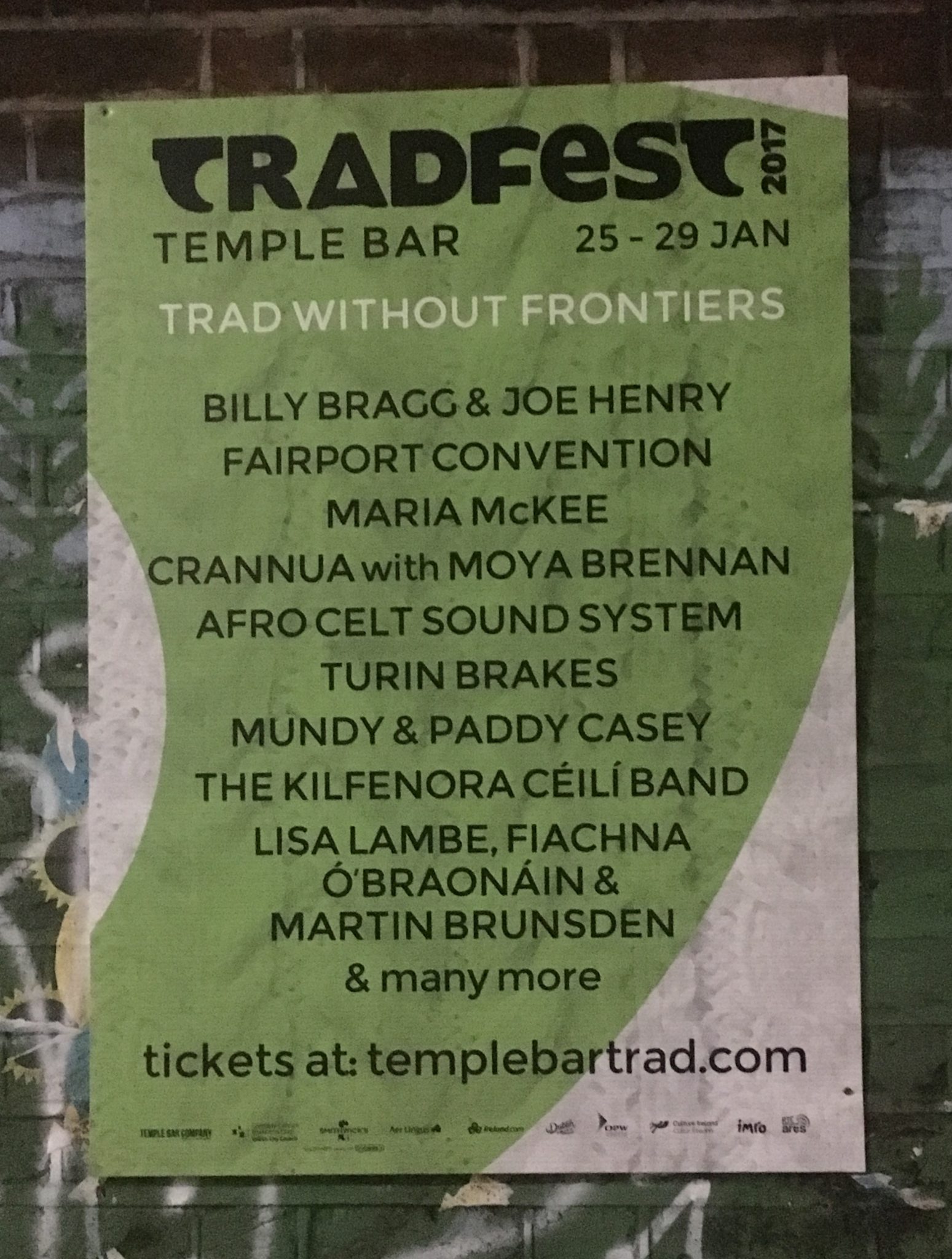 The importance of Temple Bar can not be overstated; through the years, its quaint corners have launched the careers of some of the world’s greatest musical artists, including The Dubliners, The Clancy Brothers, The Chieftains, Thin Lizzy, U2, Hothouse Flowers, My Bloody Valentine, Sinead O’Connor, The Boomtown Rats, The Waterboys, Imelda May, and, more recently, Byrne & Kelly, Hozier and Damien Rice.

Temple Bar remains the heart of Irish culture and identity; its cobblestone streets are home to an amazing array of traditional pubs, restaurants, night clubs, art galleries, boutiques, bookstores, record shops, and more. Its walls are adorned with an ever-evolving kaleidoscope of colourful graffiti and murals.

Though popular with tourists and travelers, the area has retained its edginess and avant-garde couture.

“It’s an ideal fit for the festival,” notes Kieran Hanrahan. “Like Temple Bar, TradFest continues to grow to reflect the ever-changing tastes of its audience.”