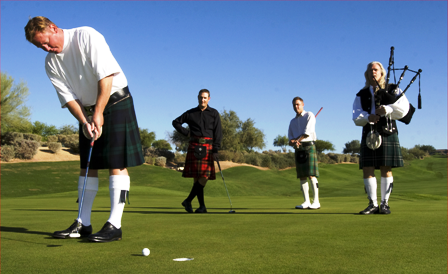 It is no secret that Scotland has produced some of the finest people, places and things on the planet. Here’s a quick summary of Scottish contributions to popular culture.

Sir Thomas Sean Connery
He is a Scottish actor and producer who has won an Academy Award, two BAFTA Awards (one of them being a BAFTA Academy Fellowship Award) and three Golden Globes (including the Cecil B. DeMille Award and a Henrietta Award). He was knighted by Elizabeth II in July 2000, and received the Kennedy Center Honors in the US. Connery is best known for portraying the character James Bond, starring in seven Bond films between 1962 and 1983. In 1988, Connery won the Academy Award for Best Supporting Actor for his role in The Untouchables. His film career also includes such films as Marnie, The Name of the Rose, The League of Extraordinary Gentlemen, Indiana Jones and the Last Crusade, The Hunt for Red October,  Highlander,Murder on the Orient Express, Dragonheart, and The Rock. Connery has been polled as “The Greatest Living Scot” and “Scotland’s Greatest Living National Treasure”. In 1989, he was proclaimed “Sexiest Man Alive” by People magazine and in 1999, at age 69, he was voted “Sexiest Man of the Century”.

Whisky
Derived from Gaelic word for “water”, and given its full title of “uisge-beatha” Water of Life. “The first written record of whisky comes from 1405 in Ireland, where it was distilled by monks. It is also mentioned in Scotland in 1496. However it is thought that whisky had already been around for at least several hundred years prior. When or where whisky was first distilled is unknown and the local, undocumented beverage production during the period makes identification of the drink’s origin difficult. Additionally, it is possible that different groups discovered processes of distillation completely independently of one another.” Arguably the best whisky in the world is distilled in Scotland. It is unofficially the Scottish National Drink. Irn Bru is “the other national drink”.

Robert Burns
Robert Burns (25 January 1759 – 21 July 1796) (also known as Robbie Burns, Rabbie Burns, Scotland’s favourite son, the Ploughman Poet, Robden of Solway Firth, the Bard of Ayrshire and in Scotland as The Bard) was a Scottish poet and lyricist. He is widely regarded as the national poet of Scotland and is celebrated worldwide. He is the best known of the poets who have written in the Scots language, although much of his writing is also in English and a light Scots dialect, accessible to an audience beyond Scotland. He also wrote in standard English, and in these writings his political or civil commentary is often at its bluntest.

Refrigerators
James Harrison, who emigrated to Australia from Scotland, invented a cooling system for a brewery in Bendigo, in 1851. He had noticed that ether had a cooling effect on metals, and so he pumped it through pipes. As the ether evaporated it took heat from its surroundings to provide the latent heat of evaporation. His idea was used in the first refrigerated ship, the SS Strathleven, which carried a cargo of meat from Australia to England, a voyage of several months, in 1876. Refrigeration was a major force in the economic development of both Australia and New Zealand.

Marmalade
The story goes that a Dundee businessman imported a shipload of oranges from Spain that were found to be too bitter to sell as fruit. He turned them into an orange preserve which proved to be popular – marmalade.

Hypnosis – James Braid (1795 – 1860)
Born in Fife. James Braid was a surgeon, physician and founding pioneer of the practice of hypnosis, often regarded as the ‘Father of Hypnosis’. He published an influential book on the subject in 1843 called ‘Neurypnology or The Rationale of Nervous Sleep Considered In Relation With Animal Magnetism’. The term ‘hypnosis’ came from the Greek God of sleep ‘Hypnos’.

Penicillin – Sir Alexander Fleming (1881 – 1955)
Born in Ayrshire. Alexander Fleming was a scientist (biologist and pharmacologist) who was heavily involved in scientific medical research particularly in the area of bacteria and antiseptics. In 1928, while working with the flu virus, he ‘accidentally’ discovered the antibiotic Penicillin – this is not only one of the most important in terms of Scottish inventions, but on an international level. He was Knighted in 1944, and received the Nobel Prize in 1945. Another of Fleming’s discoveries was the vaccine for typhoid.

Anesthesia in Childbirth – Sir James Young Simpson (1811 – 1870)
Born in Bathgate, Linlithgowshire. James Young Simpson was a hysician and obstetrician who pioneered the use of anesthetics (especially chloroform) during surgery and childbirth. He faced fierce opposition from others in the field of medicine, religion and politics. He also introduced several new obstetric techniques and practices which improved care for women both then and now.

The Television – John Logie Baird (1888 – 1946)
Born in Helensburgh, Dumbarton. John Logie Baird was an engineer who invented the television in 1926 – he was the first to demonstrate a working television set and transmit a recognizable image. This is one of the Scottish inventions that the majority of the world uses every day. During WWII he was involved in the development of RADAR (Radio detection and ranging) with fellow Scottish inventor Sir Robert Alexander Watson-Watt, and at one time also took out patent on fiber-optics.

The Telephone – Alexander Graham Bell (1847 – 1922)
Born in Edinburgh. Alexander Graham Bell invented the telephone without really trying to. In fact he was actually simply trying to build a device that would transmit sounds telegraphically so that deaf people could ‘hear’ them. He continued to teach the deaf, deaf-mute and blind after inventing the telephone, and the famous Helen Keller was one of his pupils. He also was responsible for a handful of other significant Scottish inventions, including a phonograph, hydrofoils, and an iron lung.

‘Macadamisation’ (aka Tarmac) – John McAdam (1756 – 1836)
Born in Ayr. John McAdam was a surveyor and heavily involved in road building and management. He developed the ‘macadamisation’ process which led to the invention of today’s tarmac (aka asphalt in the USA). The first ‘tarmac’ road was laid in Paris in 1854.

The MacKintosh (aka raincoat) – Charles Mackintosh (1766 – 1843)
Born in Glasgow. Charles MacKintosh was a scientist/inventor/entrepreneur. He made several inventions relating to the iron and steel industry, but his biggest achievement was developing the waterproof fabric that is used to make raincoats. He patented this process in 1823 and although there have obviously been other improvements and inventions in this area since his time, in the UK raincoats are often still called ‘mackintoshes’ (or ‘plastic macs’). It seems to be that in terms of Scottish inventions, this may be one of the most appropriate, because with Scotland’s wet weather a raincoat is pretty much a necessity of life!

RADAR – Sir Robert Alexander Watson-Watt (1892 – 1973)
Born in Brechin, Angus. Robert Alexander Watson-Watt was the son of scientist and inventor, James Watt. He was also a physicist and meteorologist, who developed a working RADAR system during WWII. The principles of RADAR were known earlier than this, but no-one had yet developed a workable system. He was knighted in 1942 for his contributions to the war effort.

Dolly the Sheep
The world’s first cloned mammal was created in 1996 by a team of experts at the Roslin Institute near Edinburgh. Dolly survived for six years, before she died from a lung disease. The world’s most famous sheep is now on display at the National Museum of Scotland.

Gin and tonic
The drink of millions worldwide, but it would not exist had it not been for Edinburgh-born George Cleghorn, an 18th-century doctor who discovered that quinine could cure malaria. The quinine was drunk in tonic water, but it was so bitter that gin was added to make it more palatable. Bottoms up!

Golf
Scotland is the birthplace of golf – with the first written record in 1457, when James II banned it as an unwelcome distraction from learning archery. Since then, it’s given us plus fours, Pringle jumpers and Tiger Woods’s colourful private life. The Old Course at St Andrews dates to the 16th century. Fore!

H5N1
Bird flu, remember that? Killer viruses sweeping across from south-east Asia. Not quite. The first known strain of the highly pathogenic avian influenza, now known as H5N1, actually first appeared in Scotland, when an outbreak killed two flocks of chickens on a farm near Cruden Bay in 1959.

Hallowe’en
The word (from Hallows Evening) is Scottish in origin – arising out of ancient Celtic celebrations of Samhain (“summer’s end”) that signaled the end of the harvest season. Some Scots would leave an empty chair and a plate of food – believing that ghosts would come out on Hallowe’en.

Irn-Bru
Its E numbers and artificial flavourings make this radioactive-looking pop any paranoid parent’s nightmare, but the fizzy drink is so popular north of the border that it rivals both Coca-Cola and Pepsi, and AG Barr, the company that makes it, has an annual turnover of £20m. “Made in Scotland, from girders,” goes the slogan. Well, er, no, not exactly. The name actually comes from “iron brew” after it was used to quench the thirst of Glasgow’s steel workers at the turn of the century.

McDonald’s
Descended from a Scots-Irish family, brothers Dick and Mac McDonald changed the way the world ate after they opened the first branch of McDonald’s in San Bernardino in 1938. Now 64 million people are lovin’ it….

Porridge
Parritch, as it is correctly known, has been described as the “backbone of many a sturdy Scotsman” and was made famous by the Highlanders of the 18th century. Eaten for breakfast and left to harden into slabs for consumption later, it was a symbol of a life led simply.

Bagpipes
What? You mean that dreadful whine isn’t Scottish? Nope. Evidence suggests the instrument first appeared in the Middle East, in about 1000BC. And bagpipes even make an appearance in the Bible. The Highland bagpipe is now mass produced in Pakistan.

Haggis
The medley of sheep’s heart, liver and lungs, is a source of pride to many Scots. Or at least it was until the discovery of a book, The English Hus-Wife from 1615, which contained an English recipe for haggis. The first mention of a Scottish haggis wasn’t until 1747.

Tartan
The pattern has roots cast as far afield as China. Tartan-like leggings were unearthed in western China, strapped to the “Cherchen Man”, a 3,000 year-old mummy. by Pharaohs. Today it just makes it easier to spot a Jock at a wedding.

Jekyll and Hyde
The mad doctor and his alter-ego of the famous novel written by Edinburgh’s Robert Louis Stevenson. He claimed that each chapter came to him in nightly instalments while he dreamed.

Adam Smith
Misappropriated as the philosophical father of our money, money, money culture, the absent-minded Scottish Enlightenment philosopher spent a decade writing The Wealth of Nations. He studied at the Universities of Glasgow and Oxford – and considered the teaching at the former superior

‘Braveheart’
Mel Gibson was too busy directing and starring in this epic account of William Wallace’s battle against King Edward of England that he seemingly didn’t have time to perfect a Scottish accent. The film took more than $200m at the box office and transformed the market in blue face paint. Altogether now: “They may take our lives, but they’ll never take our freeddddddooOOOMMMM!”