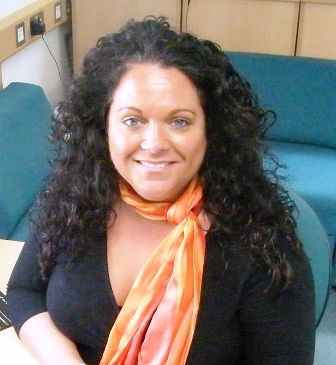 This weekend’s Scotcon gathering in Edinburgh is for those who geek-out over all things Scottish.

Inspired to connect her countrymen and women, Shelley-Anne Aitkin dreamed-up the concept of Scotcon, a two-day gathering that celebrates the country’s past, present and future.

“I love my country and I wanted to give something back,” she shares via e-mail.

“It will be the first of many such conventions,” says Aitkin, who was born in central Scotland and is currently studying Gaelic. “My hope is that Scotcon will grow and develop each year to showcase the most relevant stars and allow for the true Scottish experience that only Scotland can deliver.”

By way of example, she points to one of this year’s showcases called “Scotland Through the Years.”

“We wanted to focus on the forgotten craft trades that are no longer seen by our youth and are dying out with our older generations; wool waulking, calligraphy, sword making, leather working, weaving, cobbling, etc. These skills are no longer in practice and must be preserved. Promoting them, alongside our living history re-enactments, will engage the younger generations and teach them about our proud and rich history – and without them even realizing that they are learning!”

Scotcon has lined up an array of other attractions for the event also, including musical acts and a “sports village” where workout-wannabes can stretch their muscles. For fans of the smash-hit STARZ television series Outlander, several of the show’s celebrities will be in attendance, including Steven Cree, Rosie Day and Robert Cavanagh.

For Aitkin and the rest of her Scotcon team, preparation for the weekend’s festivities has had its fair share of challenges.

“As a first-year event, the issue has predominantly been about exposure – how we network and inform people about what we have on offer. We have also found securing sponsorship exceptionally difficult; with Brexit, nobody has stood up to support our cause, and we have been forced to rely solely on revenue from ticket sales.”

While she understands that an inaugural event might seem risky to some, she is confident that the first festival proves its appeal to attendees. Popularity is not Scotcon’s core mandate, however, as Aitkin aims to bolster local and area community groups.

“Raising funds for our charities is our fundamental mission as we recognize the importance of small organizations. Without support, some of these charities will lose important staff members or even stop servicing the people of their respective communities completely.”

Scotcon will donate a portion of its ticket sales to two charities, including Youth Theatre Arts Scotland. As its title implies, the group’s mandate is to provide opportunities for young people to participate in theatre across the country. The other, Stirling District Citizens Advice Bureau (CAB), allows community members to freely connect with advisors to obtain professional guidance for debt problems, legal issues, consumer rights, and more.

“Each charity has been chosen because of a personal connection one of our executive team members with its cause. CAB was chosen as I work with these individuals every day and I see their struggles on an ongoing basis. Youth Theatre Arts Scotland was chosen because of their association with Outlander, and the work that they do with youth who are economically disadvantaged, or have physical or learning disabilities.”

For Aitkin, Scotcon is a win-win-win scenario.

“I believe that sometimes Scotland’s people forget how strong a nation we are, and that we have fought so hard for what we have. It is important that we remember and give thanks to those who have come before us, honour where we are today because of what they have done, and carry our culture forward for future generations.”