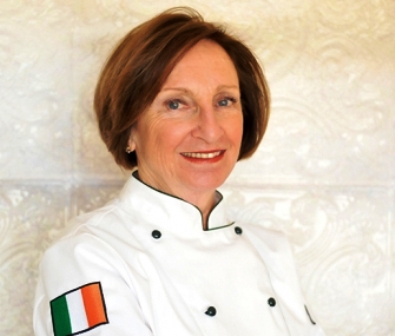 Being 100 percent Irish American, Massachusetts-born Margaret Johnson started visiting the Emerald Isle in 1984. Since then, she has been back over 80 times.

Those first trips to Ireland inspired a career change. “After my first several visits, I realized that Irish food was something that Irish-Americans were completely overlooking so I decided to focus my efforts on that,” she explains.

To date, Johnson has published 11 cookbooks, including her latest Favorite Flavours of Ireland. “It’s a tribute to 30 years of travel there, and a compilation of all my favorite recipes from 10 previous cookbooks.”

She notes that the state of Ireland’s culinary industry has never been stronger. “For so many years Irish cooking was thought of as a joke –you know, a 7-course Irish meal was a 6-pack and a boiled potato – but so much of that perception has changed in the last 20 years. Now people actually go to Ireland to cookery schools!”

Johnson loves Irish lamb and “the fact that most meals come with three kinds of potatoes.” The best brown bread she and her husband ever tasted in Éire turned out to be a store-bought product. Johnson found out, however, that the bread was originally conceived in a small bakery and she was able to track down the recipe from the original baker. 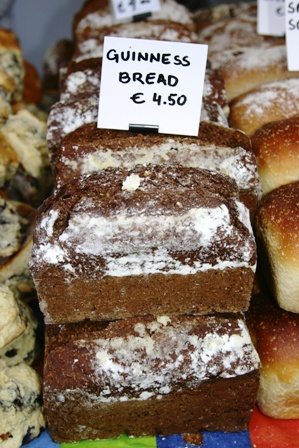 Preheat the oven to 375° F. Grease a 7-inch loaf pan and dust with whole wheat flour; tap out excess. In a large mixing bowl, combine the flours, oatmeal or oat bran, sugar, baking soda, and salt. With a pastry cutter or your fingers, cut or work in the butter until the mixture resembles coarse breadcrumbs. Make a well in the center, add barley malt, buttermilk, and Guinness, and with a wooden spoon, mix until blended. Transfer the batter to the prepared pan. Sprinkle additional flour on top and bake for 30 minutes. Reduce oven temperature to 325° F and bake for 30 minutes longer. Bread is done when it springs back after gently pressing the top. Turn oven off and allow to cool with door open for 30 minutes. Turn onto a wire rack to cool completely before slicing.. Makes 1 loaf.