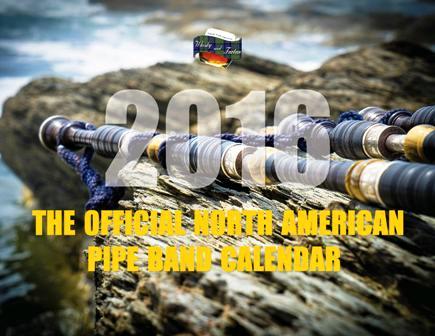 A wee dram of whisky and a colourful tartan; what could be more Scottish? Siouxsie Waller has been running her website, Whisky and Tartan, since April of this year. “The site was started as primarily an events listing and lifestyle blog,” Waller shares via email, “with the events being the main purpose. Anyone who knows me knows that I love road trips and Highland Games. From when I first started going, I had trouble finding a comprehensive listing of all North American games and Scottish events.”Although Waller is American, she does have Scottish and English ancestry. She’s had a fondness for Celtic culture for as long as she can remember, but her interest started running even deeper after attending the New York Tartan Day Parade in 2006.

Over the coming years, Waller’s infatuation with Highland games grew, as did her passion for all things Scottish. “I wanted to be able to say, ‘I want to go away for the weekend and attend a Highland Games event…what are my options?’ The Association of Scottish Games and Festivals has a great site, but understandably only list games of their members. The same with Scottish societies in different regions – most only list games or events they are immediately involved with or that are in their region of the country.”

After some reflection, Whisky and Tartan was born. According to Waller, the site has three aspects. Her goal with the event listing is to combine all Scottish events across North America into one hefty, complete list – from whisky tastings to pipe band championships. “People are welcome to contact me and I will add any and all Scottish-related events on the continent.” In addition, she runs a lifestyle blog on the site, featuring what she calls Event Wednesdays. The weekly feature highlights the events for the coming weekend. “I also feature businesses related to Scottish culture,” she adds.

The site’s third aspect, an online shop – which Waller calls The Distillery – is still in the works. However, there are a few items already available, including the 2016 North American Pipe Band Calendar. “One morning this past summer I woke up with the idea, quickly put it on paper, did some research and decided I would just go for it.”

Soon after, Waller began reaching out to bands to pitch her idea. One of the first groups she contacted was the Charleston Police Pipes and Drums. The group’s performance of Amazing Grace at the memorial service for victims of the Charleston shooting – which aired on national TV – had tugged at her heartstrings. She began following them on Twitter to support them. “I then saw they were trying to raise money for new kilts, as theirs were so old most had holes in them. I thought how great it would be to be able to give them a new avenue to raise some money.” Waller made the decision to set aside 75 per cent of the calendar’s $20 price tag for the pipe bands involved with the annual almanac. “(The Charleston Band) was on board almost immediately. I flew down a few weekends later and they were my very first photo shoot.”

She continued recruiting bands, who would suggest a handful of members to be featured in a photo for the calendar. Waller would then make the final decision. “I made a conscious choice in choosing pipers, drummers and drum majors,” she says. “I also wanted both male and female, as well as a nice demographic in terms of age and experience. I think I was successful.”

She plans on making the calendar an annual project. Now that the 2016 project is done, Waller is looking ahead to the 2017 calendar. She says she will be working with several Scottish bespoke kilt designers, including Siobhan Mackenzie, who designed Miss Scotland’s national costume for the Miss World pageant in 2014. She believes the designers will help “to outfit the musicians for an entirely different look and feel.”