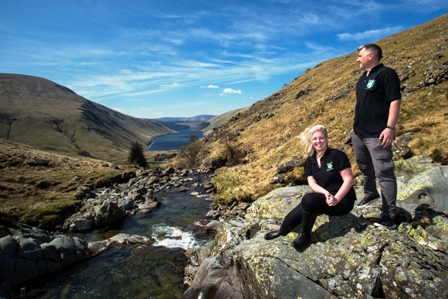 I avoid long coach journeys whenever I can but I wanted to visit the WWI Battlefields in Belgium and France during the year that marks the centenary of the start of the Battle of the Somme. I also wanted to expand my rather scant, schoolboy knowledge on the subject of WWI, and the easiest way to do that was on a guided coach trip. I made a few enquiries, and having received glowing reports about local company Solway Tours, I booked myself on their five-day WWI Battlefields trip.

Back in the days when I was made to study history at school, the emphasis was on how many dates and events one could remember rather than any deep understanding of the people, politics and circumstances surrounding such events. I always found it a dull, lifeless subject. During the obligatory forays into WWI history, I don’t remember any teacher trying to immerse me in the characters and emotions of one of the greatest conflicts in human history. Consequently, for me, WWI always belonged somewhere in the past and consigned to‘some corner of a foreign field’. That was about to change in a way I never anticipated. I had expected my trip to be emotive, but I was not prepared for the gut-wrenching, fascinating, educational, anecdotal, story-infused, and life-changing experience it proved to be. It was all of these things and more, thanks to Mark Turner and Lesley Watson, owners and history tour guides of Solway Tours.

From battlefields to cemeteries, monuments to museums, and death cells to trenches, Turner and Watson brought the story to life. Their knowledge of WWI is outstanding, as was their ability to research at short notice anything they didn’t know – and that wasn’t much! We recited war poems over gravestones and even had a wartime singsong around an old piano in Talbot House, the soldiers’ rest and recreation centre in Poperinge. Intrigued, I caught up with Turner and Watson in a bar in Ypres one evening, and over a beer quizzed them about Solway Tours, how they had acquired their knowledge, and what drove their intense enthusiasm.

Turner grew up in the small, picturesque, fishing village of Garlieston in Dumfries and Galloway, Scotland. He decided at an early age that the family’s trawler fishing background was not for him and he headed to Glasgow to study history and politics. “My love for these subjects comes from both my family background and some fantastic teachers at high school,” he explained. “I completed my joint honours in history and politics at university and loved learning more about the impact that decisions made by individuals can have on a community, nation, continent or beyond.” Following postgraduate studies in education, and a twenty-five year teaching career, he found himself back in Dumfries and Galloway as head of Dumfries High School.

Watson was born in Dumfries and always wanted to pursue a career in education. “I knew that I wanted to be a teacher and it became clear very quickly that I had a great passion for history,” she shared. “On family holidays I was always the one who wanted to go to museums and I loved exploring castles and historic sites.” She studied history, religion and education at Stirling University before she too found herself back teaching in Dumfries and Galloway, eventually becoming deputy head of school – one of Scotland’s youngest ever – at Wallace Hall Academy in Thornhill.

Fuelled by their combined passion for WWI, Scottish history and Dumfries and Galloway, Turner and Watson spotted a niche in the market, combined their expertise, and embarked on a career change, launching Solway Tours in February of 2015. Although Turner has immense knowledge of WWI and has led over twenty trips to its battlefields, it is his passion for his native Scotland that comes to the fore in conversation, and for that reason the three of us agreed to meet back on home territory.

Two weeks later we were drinking coffee at Brodies in Moffat. Such is Turner’s enthusiasm that, quite casually, he pointed out of the window to an old graveyard opposite, remarking “Did you know that John Loudon Macadam, the inventor of the Macadam road surface – later to become tarmacadam – is buried in there?” I did not, but it was so typical of the interesting factoids that are sprinkled through any conversation with Turner or Watson. We took a drive into the surrounding countryside exploring corners of an area I have lived in for over thirty years and thought I knew reasonably well. We stopped at the Grey Mare’s Tail waterfall and climbed the hillside to get a better view of this stunning example of a hanging valley. On the way Turner nodded towards an innocuous mound in the landscape, “That used to be a Roman Fort.”At every juncture I picked up another morsel of information.

Although Solway Tours uses larger vehicles when necessary, the company has its own seven-seat vehicle, with its main aim is to offer unique bespoke tours for small groups or families. Watson laughs as she recollects the company’s first ever trip, “It was on Valentine’s Day, 2015, for a group of women and was called Castles, Cakes and Cava. We all had a great time and appropriately enough ended up at Sweetheart Abbey.” Fifteen months down the line, business is booming. Initially, they thought that work would be divided equally between local history tours and tailor-made ancestral trips. That has not been the case, with over ninety-five percent of their customers seeking ancestral, family-history tours. Many of these clients are overseas visitors with Scottish connections who want to explore their roots in a more personal way than the average Scottish travel tour will provide. This is perfect for Turner and Watson, who love nothing better than delving into new lines of research. Armed with nothing more than some basic genealogical information they will ‘flesh out the facts’ adding locations, backgrounds and layers of additional history. This is all done in advance of any tour.

Once prepared, they collect clients from airports, cruise ships, hotels or anywhere else in the UK. Tours last for as long, or short, a period of time as required, and can cover as large a geographic area as necessary. They have taken visitors as far north as Orkney, and on four occasions have travelled to Ireland. For longer tours, accommodation can be arranged en-route.They are happy to provide an overview of Scottish history and take in any of the major landmarks as well as concentrating on more personal stories. Spend time in their company and you will be transported on a journey across the centuries captivated by the unusual, hidden gems of a nation’s history, or that of your own family. Be prepared to be amazed, to laugh and to cry all in one day – I speak from personal experience.

Solway Tours is the only operator offering bespoke tours of this nature in southwest Scotland, and Turner and Watson pride themselves not only on being one of the best in the country, but also having been awarded 5-star status from Visit Scotland.

On the way back to Moffat we stopped by the Devil’s Beef Tub and gazed down into this huge natural depression in the landscape. In the late afternoon sunshine it was impressive and I would have settled for that until Turner pointed to the hill on the opposite side, “A covenanter was shot there.” Watson looks down into the bottom of the bowl, “And that’s where the Border Reivers used to hide their stolen cattle.”

I had only spent a couple of hours in their company and had seen how history could come alive in the right hands. I wished I could have gone back in time and brought along some of my old history teachers to show them how its done.