Songs From a Tin Can 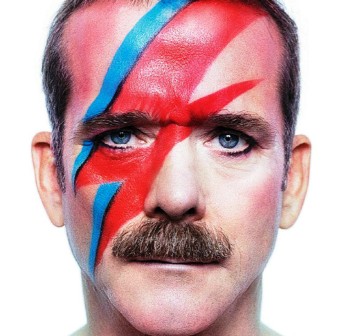 Chris Hadfield has no illusions about being a rock star.

“Those aren’t the kind of stars I am interested in,” deadpans the 56 year-old over the phone from his hideaway in Ontario’s cottage country.

“I am not so sure the lifestyle suits me anyway,” he continues, with a smirk. “I might be just a little past my prime for the whole ‘sex, drugs, rock ‘n’ roll’ thing.”

All joking aside, Hadfield has long been passionate about making music.

“I started playing guitar as a youngster, and I haven’t stopped. If this other thing – this going-to-space thing – hadn’t been on the radar, then we might be having an entirely different conversation.”

That “going-to-space” thing has driven Hadfield since he was a 9 year-old boy, watching the Apollo 11 moon landing on television, launching a 40-year career that has made him one of the most decorated, respected and celebrated Canadians in history.

En route, there was Air Cadets, Military College, the Armed Forces, fighter jet testing and training, and finally, in 1992, being named a full-fledged astronaut by the Canadian Space Agency. He skillfully maneuvered the Space Shuttle’s Canadarm in 1995, after docking with the Russian space station Mir. Stints at the Yuri Gagarin Cosmonauts Training Center in the former Soviet Union, and later the NASA Johnson Space Center in Houston, set up his nomination as the first Canadian Commander of the International Space Station in 2010, a mandate he fulfilled from December 2012 to May, 2013.

Of course, by now, most are familiar with Hadfield’s musical forays during his five month flight around the world. Along with several simultaneous sonic collaborations with artists back on earth – including with Ed Robertson of Canadian supergroup Barenaked Ladies – Hadfield’s stirring rendition of Davis Bowie’s classic Space Oddity became a YouTube sensation, racking-up more than 25 million views.

“I had brought my little Larrivée Parlor guitar with me,” he notes. “It came in very handy in my spare time. Most of the vocals and guitar parts for Space Sessions were developed and recorded on the ISS using the GarageBand APP on my iPad.

“I was very fortunate to have a great team around me to help brings these songs to another level,” recalls Hadfield. “Not only were they able to grasp my own musical vision of the material, but they all brought something unique and personal to the tunes.” 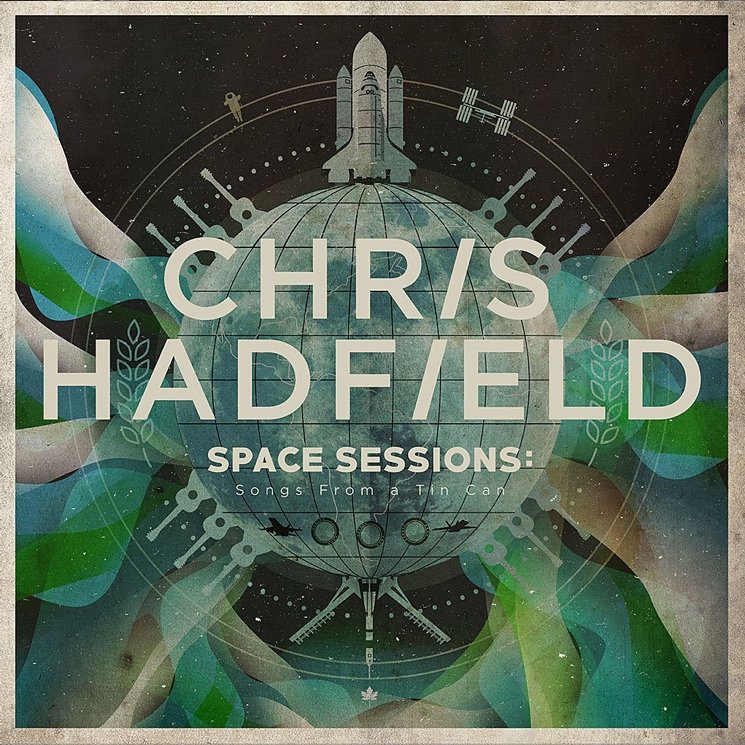 Each of the twelve tracks on Space Sessions – 11 original songs, plus the Bowie tune – holds special significance for Hadfield.

“Obviously, the experience of being in orbit gave me plenty to ponder philosophically -about life in general, and about my own life in particular. And all of those themes are on the album; childhood dreams, being a parent, space flight, the universe…

“That said, most of the tunes had been floating around for awhile – folkie stuff that I had written on my own, or with my brother or my son. It all just kind of came together in the cosmos.”

Only recently released, Space Sessions has already received both popular and critical acclaim for its heartfelt and homespun folk flavour. A series of new, animated YouTube videos have helped to push the recording’s visibility into the stratosphere.

“It was an incredible experience and a lifelong dream,” shares Hadfield. “I learned so much about the entire creative process – from the inception of a song to its completion – and it has left me with a new and greater appreciation for musicians and for artists of all sorts.”

He speaks of a similar feeling when discussing his 2013 autobiography, An Astronaut’s Guide to Life on Earth: What Going to Space Taught Me About Ingenuity, Determination, and Being Prepared for Anything.

“Writing takes tremendous self-discipline. Facing the fear and staring down the page each day isn’t easy, and I have utmost respect for those who do it professionally and full-time. Once it was done, though, it felt quite rewarding, and I had a great time getting out to book signings and meeting people.”

He is, admittedly, more comfortable with the guitar.

“There have been a few memorable gigs through the years,” he says. “One of my all-time favourites was an impromptu jam at Matt Malloy’s in Westport in western Ireland. It’s funny – this is a little pub on a little main street, but it’s famous for its traditional musical sessions, and people come from all around the world to try their hand with the locals. The beer is very good too.”

Hadfield’s Celtic musical connections don’t end there; through the years he has performed alongside the likes of The Chieftains, and he has taken centre stage on two occasions at the world’s largest Celtic festival in Lorient, Brittany.

“It was, by far, the biggest audience I have ever performed in front of on earth – over 400,000 people. I’d like to say it was a once-in-a-lifetime opportunity, but I’ve done it twice.

“What amazes me is to see how music from that region, or from Scotland and Ireland, has made its way so extensively around the world. Here in Canada, for example, you can see the influence of Celtic music in our folk music; artists like Stan Rogers, Gordon Lightfoot and Neil Young all come from that great melodic tradition. And in Newfoundland, you’d be hard-pressed to tell the difference between St. John’s and Dublin on a Saturday night with all those Celtic melodies floating out onto the street.”

Given his roots – his mother’s family is from the Borders area of Scotland, and further back there are Irish ties also – it is easy to understand his passion for Celtic harmonies and heritage. 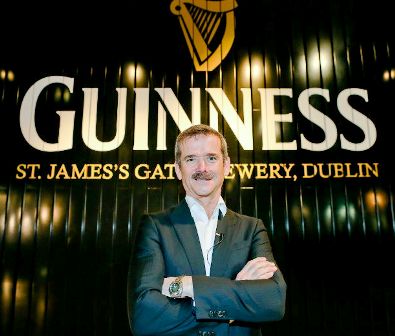 That ancestry also explains the sense of familiarity when traveling in Scotland and Ireland.

“I have been to both countries several times, says Hadfield, who was awarded the World Peace Tartan in 2014. “My wife and I raised a Scottish kid – he was an exchange student who just never left – so we attended his wedding at St. Andrews, and I’ve spoken and performed in Scotland on a number of occasions.

“My daughter lived in Dublin for a while, attending Trinity University,” he continues, “so we got over there regularly to see her. Sometimes we would rent a car and just drive through the Irish countryside, stopping in all the small towns and villages. I love the lifestyle. Everyone is always so warm and welcoming, and there’s always a pot of tea on the stove, a pint to be had, and a few good stories to be told.”

In recent years, Hadfield has cemented his ties to the Emerald Isle by becoming a spokesman of sorts for the country.

“We shot a series of promotional videos across the Island; at the Titanic Museum in Belfast, at the Guinness Storehouse in Dublin, along the Wild Atlantic Way…it was great fun and I was happy they asked me to be involved.”

He is fond of another Celtic region as well, this one a little closer to home.

“I spent time at CFB Shearwater in Nova Scotia years ago, and my daughter now lives and works in Halifax. I get down there all the time, sometimes for speaking gigs. I love the music scene there, though, strangely, I have never actually performed there as a musician. I really must change that. I have heard there are a few good pubs around that do that sort of thing.”

And while his interstellar days may be behind him, Hadfield’s second career opens the door to all sorts of new opportunities.

“I won’t stop playing music, that’s for certain. And I won’t stop traveling either. So, with guitar in hand, the sky is the limit. I mean, I have already been around the world 2,600 times – what’s a few more miles?”