Spirits of the Past

The Dingle Peninsula in County Kerry is beyond breathtaking; one way roads wind their way through majestic mountains, overlooking vast fields of green and clear blue lakes, and hugging rocky, rolling coastlines.

The scenery is also beyond words, so much so that it will likely take me days, if not weeks, to fully digest its immensity and impact. Even my two cameras cannot possibly capture and convey the size and scope of Connor Pass, Slea Head, Dún Chaoin, the Blasket Islands, and Skellig Michael.

Instead, my thoughts turn to my last visit here in 1989, and – in particular – one night that changed my life forever.

Back then, at the tender age of twenty-two, I toured the Emerald Isle for two months, with nothing more than a backpack, a camera, an old guitar, and a few dollars in my pocket. Thanks to the kindness of strangers, I hitchhiked my way from Dublin to Belfast, across the north to Derry, through Donegal, down the west coast to Galway, and finally into the “Kingdom of Kerry.’

Short on money, I busked on the streets of whatever little village I was visiting, earning just enough to pay my way through the day. When lucky, or good, there might be a little extra for a pint or two of the “black stuff.”

One night in Kerry I had the good fortune of picking up a gig at a local pub, performing songs by The Eagles, Led Zeppelin, The Waterboys, U2, Van Morrison, and others, before a small, but appreciative audience. 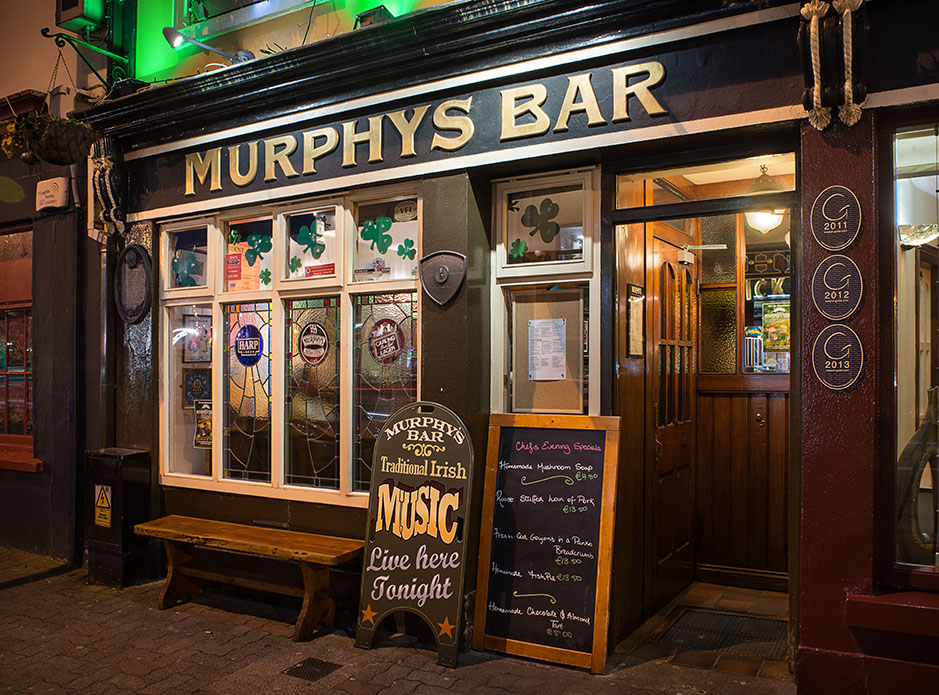 All too suddenly, the pints began to appear, along with shots of Irish whiskey – tips from grateful and generous patrons. Apparently the more they drank, the better I began to sound, and it wasn’t long before things became a bit, er…fuzzy.

From what I was later told by witnesses, fuzzy is not the word they would have used to describe my drunken hijinks.

And so, here is what (supposedly) happened; after leaving the bar with two new buddies – and three lovely senoritas from Spain – we set up shop in a nearby graveyard with several bottles of cheap whiskey. After some impromptu flamenco, I opted to remove all my clothing, before stumbling back into town with only my guitar shielding me from both the elements and complete humiliation. After several unsuccessful attempts to enter a number of local establishments, I was whisked back towards my hostel. However, en route, I lost the guitar, fell flat upon my face, opening a deep cut upon my forehead, and then stopped by an all-night tattoo parlour before – clearly miraculously – finding my way back to my room.

Awakening the following afternoon, and with no one around to testify to my shenanigans, I took stock of myself in the facilty’s bathroom mirror. I was not a pretty sight; naked, covered in blood (from the fall), with a tattoo bandage taped around my left bicep. To make matters worse, my guitar and clothing were nowhere to be found. Thankfully, all of this occurred years before iPhone videos and social media sharing.

Somehow, I survived the “hangover heard around the world” to meet up with my friends for dinner later that evening. After learning of my exploits, I was mortified, embarrassed and ashamed. I vowed to quit drinking, and a short while later I did – for good.

It has been nearly a quarter-century since I have had a drink, and the memory (or lack thereof) of that one night continues to keep me in check.

Now, as we approach the cozy and quaint town of Dingle, my guide Kevin – seeing me saunter down memory lane with a slight smile on my face – asks me to share.

“Let’s not go there right now,” I reply. 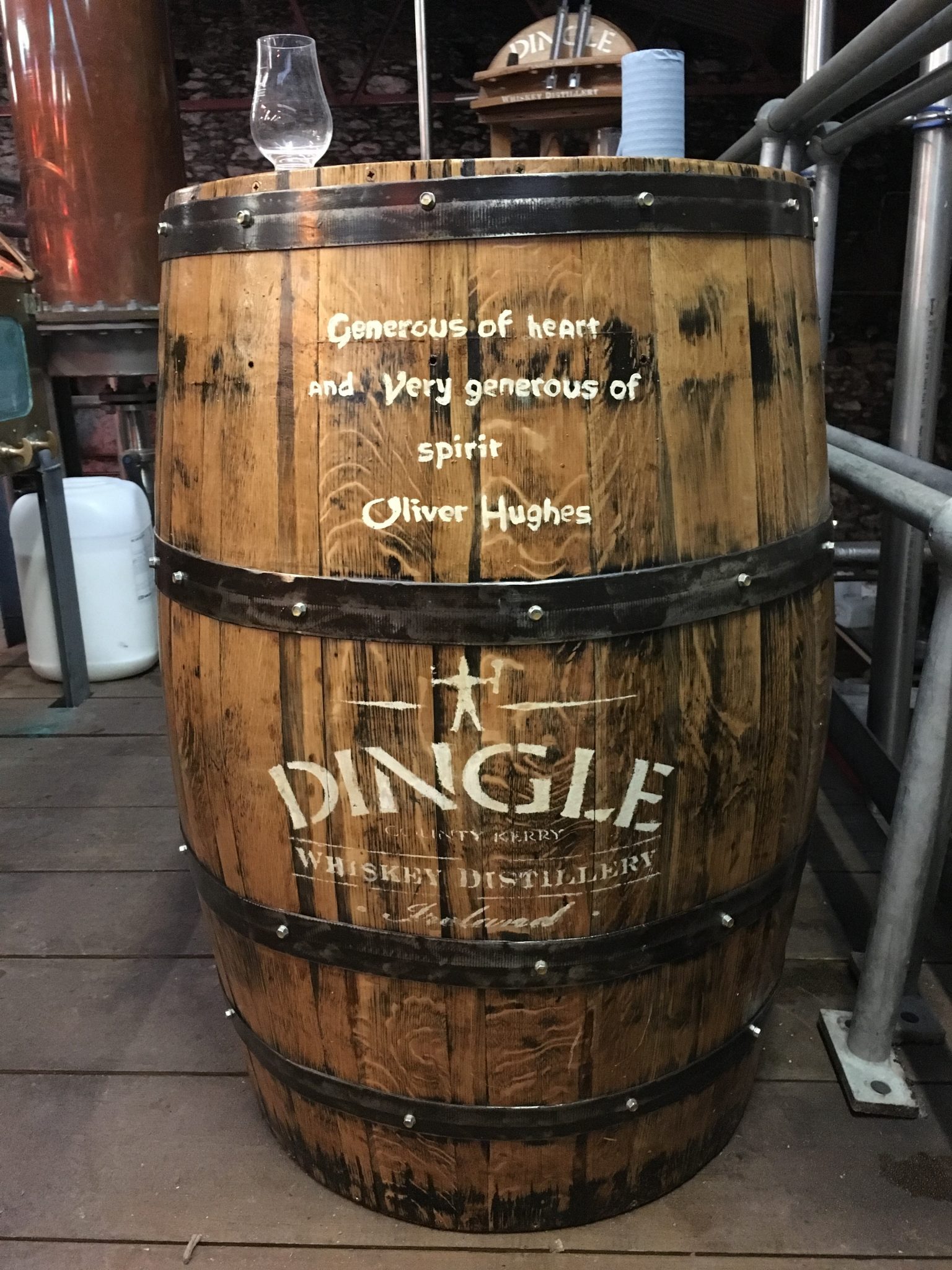 ur first stop this day is the Dingle Distillery. Though the modest artisan facility has only been in business for a decade, it has already made a strong name for itself in the country’s gin and vodka market. The company released its first triple-distilled whiskey this past November.

“Right now we’ve no whiskey on site,” apologizes Joe Joyce, who conducts personal tours of the building. “We are only producing two casks per day at present, and we simply can’t keep up with the demand.”

Like his Irish author namesake, Joyce is a man of many words; within minutes he launches from pleasant small-talk into a fiery sermon on the history of the renowned spirit.

“Two centuries ago, Ireland had over one hundred legal distilleries, and our whiskey was recognized around the world as the finest on the market. Sadly, by the beginning of the last century, we had but two distilleries left.”

Explaining that the Irish whiskey industry evaporated due to a perfect storm of politics, prohibition, and cheaper production methods (in Scotland primarily), Joyce notes that the country’s spirits would not be dampened completely.

“We would not give in to pressures, nor would we sacrifice the quality of our product. We have always prided ourselves on being unique in the marketplace; pot-stilled, with centuries of experience.
“The truth of the matter is we don’t actually make the whiskey here,” he continues. “All we really do is provide the finest ingredients and the ideal conditions to allow for time and nature to do its thing.”

Nature, it appears, has been kind to the industry here; today, Irish whiskey is again acknowledged as the finest on the planet, with older distilleries firing up their pot-stills after years of inactivity, and new facilities emerging across the Emerald Isle each year. A reinvigorated Irish Whiskey Association, a newly groomed Irish Whiskey Trail, yearly festivals and popular tasting events all bear witness to the enduring spirit of Eire’s spirits. 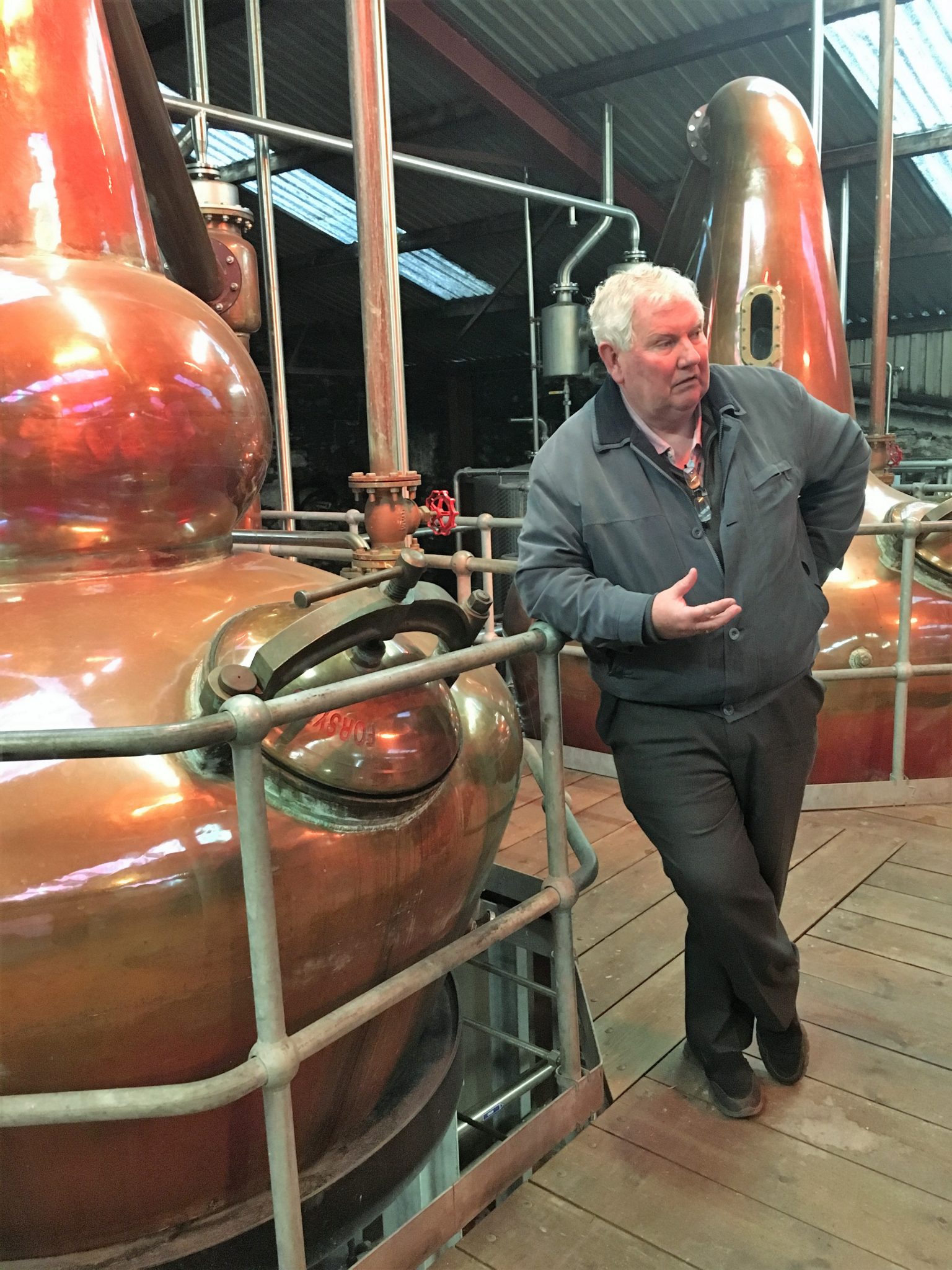 “We also may have had a little help from above,” he whispers, looking upwards beatifically, then noting that local and area monks were the first to develop Uisce Beatha – Gaelic for “The Water of Life.”

“Most distillers today use the same basic three-part process when making whiskey that the good friars did back in the day; fermentation, distillation and maturation.

“Here, however, we also recognize the fourth part,” he smiles, pointing to his belly; “Destination.”

“And don’t forget the fifth part,” I pipe in. “Inebriation.”

“Ha,” laughs Joyce. “You’ve some experience with that one now do ya’ boy?”

“Let’s not go there right now,” I reply with a smile.