In today’s digital era, physical printed branding materials are often overlooked. A concerning amount of business owners are dismissing print media as “obsolete” and unnecessary. However, print media could be the most powerful branding tool that companies are missing!

Print media is physical
The consumer has the materials right in front of them, bringing a psychological understanding of “realness” that you would not get with digital media. Handling a physical object has an element of sensory input. It’s something your brain remembers much more vividly than random pixels on a screen. According to the Scientific American, the human brain will remember words on a physical paper much better than it would remember words displayed on dynamic screens. The act of physically interacting with the paper of a book stimulates the memory section of your brain more than a screen can. This can give you an edge over the competition, even if they have a digital advertising budget much larger than yours. With the right mix of print and digital marketing, you will have the advantage over your competitors. Even just having business cards to hand out to people increases the chances of them engaging with your brand or services. I follow a lot of people on social media, and I won’t be looking through my following list after a networking event to find someone I just met, but I am much more likely to remember and engage with someone’s brand if I have a physical business card.

Print media builds brand credibility
In addition to the sensory aspects, print media is widely considered more credible than digital media. People who subscribe to magazines and newspapers do so for a reason — they believe the information contained in the publication is accurate, credible and provides them with some benefit. Advertising in these mediums increases your brand’s public perception, because they associate your brand’s name with the publication’s name. There’s a reason businesspeople want to be on Forbes magazine so much: It’s an incredibly prestigious magazine. The same things apply to Entrepreneur magazine or the Wall Street Journal. 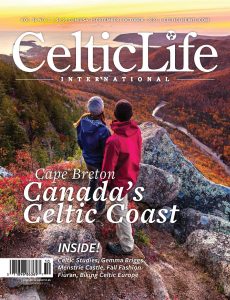 Print media is less competitive
With the oversaturation of the digital branding and advertising space, there’s less competition for printed material. Digital advertising is simply easier and less costly to do. With the advent of Google and Facebook tracking billions of people’s habits and providing tools to create, target and run ads within minutes, advertisers have an enormous amount of data to have extreme flexibility and control over who they target their advertisements to. The ease of use and powerful targeting tools of digital advertising leads literally every single business to compete for the top spots on the juicy keywords, and usually the ones with the most money win those top spots.

Advertising in print media
Magazines are an amazing option for print advertising. Even with the advent of digital media, magazines have barely seen any decrease in readership over the past eight years. In fact, 2019 had the highest recorded magazine readership since 2012. Magazines are often read by a very niche, predictable audience, so you get a higher return on investment from magazine ads than digital ads (assuming you choose the right magazine for the right target audience). Online, everyone does all they can to avoid ads. There are countless ad blocker plugins for every web browser that exists. There’s a high chance that you have one installed right now! In 2020, an estimated 42.7% of all internet users had an ad block plugin installed. However, in magazines, advertisements are part of the culture, they are expected, and they are part of the magazine experience. I often find myself examining the advertisements in magazines and newspapers almost as much as I am reading the actual magazine contents.

Advertising longevity
Digital ads are avoided at all costs, most digital ads are never even looked at, and when given the option, users close or skip the ad as fast as possible. Ad view times are incredibly low online. However in print media, advertisements stick around for years. Have you ever taken a look at the dates on some of the magazines found in waiting rooms? You can often find magazines over five years old in the piles of magazines and newspapers.