The Come From Aways 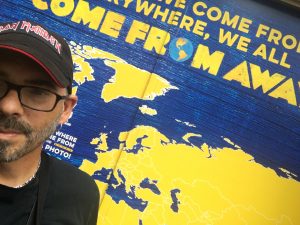 Recently, a most amazing thing happened to me on a weekend jaunt to New York City.

I had been invited to a Sunday matinee performance of the smash Broadway musical Come From Away, the warm and witty story of how the community of Gander, Newfoundland, welcomed thousands of distressed travelers during the 9/11 tragedy.

Forgoing an afternoon Mets game (c’mon, it’s the Mets…), I took my seat at the Gerald Schoenfeld Theatre on West 45th Street, unsure of what to expect.

Over the next 90 minutes, something surprising occurred; I felt a swell of pride welling up within me; as a Canadian, certainly, but perhaps more poignantly, as a Canadian with deep Newfoundland roots.

Truth be told, I didn’t always feel that way.

Growing up in Montréal – as it was in many parts of Canada – being of Newfoundland stock carried a shameful stigma. For the longest time, ‘Newfies’ were both the country’s punching bag and its punch-line.

Of course, that perspective has changed greatly over the last few decades as the province came-of-age politically, economically, socially, and otherwise. Today, Newfoundland and Labrador are at the core of the Canadian cultural canon.

My mother, Joan (née Smart), is a Newfoundlander, a point of great pride for her. One of six siblings – and the self-proclaimed ‘runt of the litter’ – she has become the family historian of sorts, aided by her big brothers Michael and Buster.

We speak almost daily by phone, and our conversations often turn to our shared heritage.

“Amos Smart arrived in Newfoundland in the early 1800s,” she told me of her father’s side of the family. “We are unsure of where he arrived from, but we know that he married in Harbour Grace (Conception Bay) and raised a large family. My grandfather was born there, and later moved to King’s Point, where he operated the cable station, and where my own dad, Stan, was born. They then moved to Port aux Basques.” 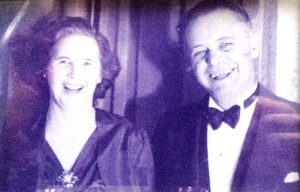 Her Mom, Caroline Dunphy, was of Irish origin; her family crossed the waters from Co. Kerry in the mid-1800s to settle in Holyrood (also Conception Bay.)

“Mom and Dad met in Corner Brook. He had studied engineering in Maine, and had returned to Newfoundland before finding full-time work in Montréal. Meanwhile, she went to nursing school in New York City, where they eventually married in 1930, before landing back in Montréal.”

With a wife and five children in tow, my mother’s father then took a job in Trois-Rivières, Quebec, where Mom was born. Soon after, after some small shuffles around the province, the family returned to Montréal, where their new home in Westmount became a hub of sorts for ex-pat Newfs.

“It was a little like Grand Central Station there for a few years,” Mom remembers with a smile. “There were always family members, or friends, or friends of friends stopping in for a visit, and we often had to give up our beds! Mom had the kettle going for tea ‘round the clock because you never knew who was going to drop in.”

It wasn’t uncommon to hear music, storytelling and laughter coming from the house on Mount Pleasant Avenue.

“That was a big part of our identity,” she continues. “Both Mom and Dad were very proud to be Newfoundlanders, and – like most people from there – they brought their culture and customs with them wherever they went.

“Mom missed Newfoundland,” she notes. “Especially in her last days – I think she just wanted to go home. There were just so many ties to that place for her.” 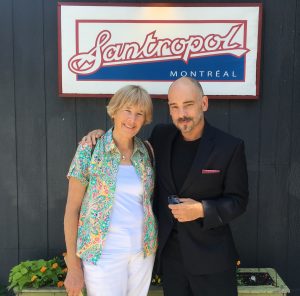 Indeed, both the Dunphys and the Smarts will forever be bound to ‘The Rock’. Family names linked to my grandparents – including Penny, Jackman, and Carter – are scattered across Corner Brook, Ramea, Renews, and more. Mom’s sister, Margaret, married a Newfoundlander, and her brother Kevin still resides along the Irish Loop in Witless Bay, south of St. John’s, with his wife Lynn.

“Well, we are all getting a little older, so it’s important to make the time to do these things. Time goes by quickly, generations pass, and I’m not sure who will be interested in keeping our family records.”

Not to worry, Mom; recently, a most amazing thing happened to me on a weekend jaunt to New York City.