The Festival of the Tartans 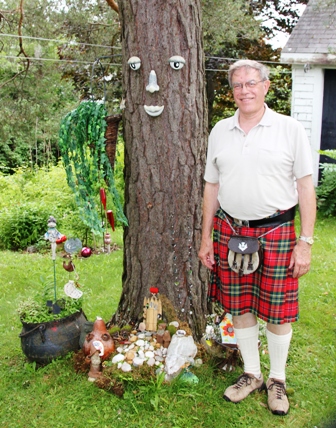 Pictou County, Nova Scotia, is the place to be this week for the 59th annual Festival of the Tartans. Recently we spoke with the event’s treasurer John McMullin about the yearly gathering.

What is your own ethnicity?
I am English – born and raised in Reading, Berkshire, of all English parentage, except for an Irish grandfather, who was of County Tyrone origins. I lived in Edinburgh, Scotland for 4 years while at University.

When and why did you get involved with the Festival?
I’ve been involved since 2002 when I responded to a call for volunteers to form a new committee to revive the Festival which was going through a hard time. Our good friend Sandy MacLean had been very involved previously and had just succumbed to cancer so I thought it would be good to help out.

What are your roles and responsibilities there?
I’ve been the treasurer for all except 2 years, I have looked after applying for grants and helping with fundraising, and I have maintained the website for the past few years. I’ve helped out with arranging for occasional Gaelic Workshops etc, and several other activities.

What are the challenges involved?
The challenge this year is to recruit more new members of the committee so we can pass it on to the next generation.

What are the rewards?
Seeing young – and not-so-young – competitors excel at their chosen activities and enjoy doing it. Other rewards include having a large group of friends who all share the spirit.

Why is it an important event for the community?
Pictou County was largely settled and developed by Scots starting around 1773 – a large proportion of the local population have Scottish names so there is a strong Scottish cultural heritage in this part of Nova Scotia. The Festival is an annual reminder and helps celebrate the history.

Who traditionally attends the Festival?
In large part it is families with connections to the competitors who come from all over the Maritimes, as well as other provinces, and we draw in tourists from many parts of North America and beyond

What can they expect this year?
We have maintained the same format for many years – details of which can be found on our website.

How has the event evolved through the years?
It’s not as big as it once was, back in the earlier days, before there were so many other festivals in all communities, but it is very much focussed on the Scottish tradition as much as possible.

Will you remain involved with the event in the years ahead?
After 15 years, I think it’s time for me to let someone else have a go – as an Englishman, there’s a limit to how much I can promote Scottishness!

Is enough being done to preserve and promote Celtic culture generally?
Not really – it takes work, time energy and sometimes money – for which there are always competing demands.

What can we be doing better?
We have to get the kids and youngsters excited!