The Importance of Being a Magistrate 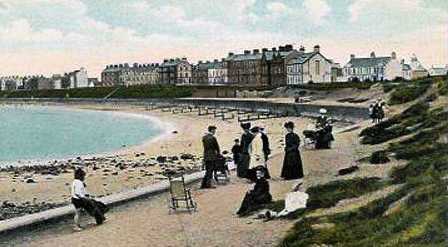 This story was inspired by a report entitled ‘HILLSBOGOUGH QUARTER SESSIONS’ describing, word for word, a farmer named O’Hara being questioned by a magistrate, referred to as ‘His Worship’. There was an unattractive pompous and self- important tone to the magistrate’s questions and statements. The article appeared in ‘The Down Recorder’ 06.09.1865. Other articles of the period tell of children being sentenced to hard labour for the most minor of misdemeanours.

“Well, he must wait. Now, let me see. I need my wig and gown. Sarah, my wig! Where is my wig?” Sarah slid into her husband’s view, looked where he looked; at the stout peg just inside the door in the front hall. “Oh dear! My dear, I am so certain that your wig was, as always, on the peg.”

Henry Micklecross tapped his foot with excessive vigour. His expression of dissatisfaction with the situation was supposed to be sufficient incitement for Sarah to solve the problem; to find the missing wig.

“Sarah, you know that I am a magistrate. I am a pillar of this community. I am the unswerving and devoted custodian of the law in this backward, and yes, wayward, place. I needs must appear at the courthouse in my gown and wig. The gown hangs here, as I would expect. The wig? As my wife, as the housekeeper of my residence, Sarah, you are responsible. My wig! Now! If you please.” The fast and vigorous tapping of Henry’s foot was now accompanied by a rocking motion from his sturdy waist, his hands clasping and unclasping stiffly behind his back.

“But my dear,” said Sarah, “I have not touched your wig, nor would I ever do such a thing.”

“Sarah, this will not do! Remember who you are. You will find my wig and you will find it now!”  Henry Micklecross paused from his rocking. He leant over his wife’s diminutive figure and scorched her with a scathing glare. Sarah backed timorously into the kitchen.

“Maud, Maud, have you seen the Master’s wig?”

Maud glanced up from her kneading. “Well ma’am, I think I have. Miss Petronella took it to add to her dressing up box.” Sarah raced up the wide stairway. Petronella’s rooms were on the second floor.

Breathless, Sarah ran through the open door to her daughter’s  playroom. There was Petronella, her sweet daughter. She had her Papa’s wig on her head and a yellow silk cloak about her shoulders.She was wholly absorbed her role, lunging forward and dodging back in an imaginary sword fight. Her reflection in the mirror showed her face, grim and determined. Her adversary was surely about to be bested. “Oh mama,” she said, “I need a sword. I am a cavalier!”

Blood drained from Sarah’s face leaving it sickly pale. Her stomach felt as if it had been invaded by an army of knawing rats. The wig was black! “Petronella, dear child, what have you done to Papa’s wig?”

“Soot, Mama, from the chimney: the cavaliers have such lovely, black curly hair.”

“Give it here.” Sarah’s hand instantly blackened as she snatched the wig and ran to the window.She shook it. She beat it against the red bricks and the sandstone cill, but soot still clung to the course,grey, horse hair curls.

“Sarah, my wig! My wig this instant.” A roar bellowed from the hall below as Sarah raced to the washstand. She washed, she rubbed, she wiped; tossing the wig from towel to towel.

“Mama, did you not like it black?” Petronella looked crestfallen, her large black eyes wide with dismay.

“Your Papa must have it white for his work, my love.”

Petronella’s eyes showed terror. “Papa will be cross?” They both remembered the beating he had given her when she’d splashed mud on his gaiters.

“Not if I can restore his wig. And I will. Don’t worry little one. He will not beat you.”

“But, did you like it black, Mama?” Petronella tugged at the edge of her soot stained pinafore. Sarah hugged her, caught a glimpse of her own velvet daygown, now smirched with soot marks, and ran to the stairs.

A quick deep gulp and Sarah held the wig out towards her husband. He touched it, then withdrew his hand, as if he had just touched a dead thing. “Unwearable! Insufferable! Explain!”

“Petronella thought it a pretty wig which she might use for play in her dressing up games.”

“It is fortunate that James Fitzmaurice has left his at the courthouse. However this act is a case of contempt of court and will be punished in accordance with the law.

Bring Petronella to the courthouse at 12.30 and I will deal with her case. Open and shut of course. She will be found guilty.”

“You will be lenient though. She is just a child. She knew nothing of the importance of your wig.”

“You should know better than to expect me to show favour on any account! Lack of knowledge of the law is no defence. 12.30 sharp; appropriately dressed.”

Henry Micklecross waited for her to open the heavy front door. The sergeant was on the step, waiting, ready to carry his bag and escort him to the court house.

On the inside of the door, Sarah leaned her back against the hard unyielding wood, her head hung low. Then, with a firm step she returned to Petronella’s room. The room was empty. Bidding down a sense of panic, she stood still. The still air echoedthe slightest sound of a quivering breath. Petronella was under the bed.

Her voice changed, “But Papa?” There was fear in her questioning gaze.

“Your Papa is much too busy at his work to be able to come with us. We will go, just you and I.” “Where? Where are we going?”

“We are going to Paris.” “Oh, Mama!  To Paris where the cavaliers lived.”

“That same Paris, my pet.” “Oh, Mama!” Petronella hugged her dear Mama and skipped off to choose her best clothes. ~ Story by Maddie Stewart

Maddie Stewart is a member of a woman’s writing group in County Down, Northern Ireland. The group is profiled in the February 2016 edition of Celtic Life International Magazine.