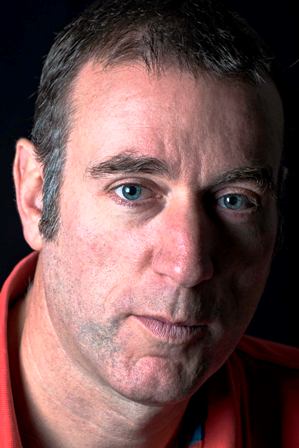 “I still write in the hope that I can move people the way many of my heroes move me,” says eclectic writer David Lewis.

The International Welsh Poetry Competition has been taking place every year for the last decade, with Lewis at the helm. Hailing from the southern Wales town of Pontypridd, he began writing poetry around age 11. As he got older, he dove into the work of all the great wordsmiths from Shelley to Jack Kerouac. Lewis says he loves all literature, but poetry holds a special place in his heart.

“A good poem is like a great Tom Petty riff, a bittersweet pint of real ale, the love of your life, a painting by Picasso, a photograph by Salgado and all those things mixed together,” he shares via email. “It’s why we are alive.”

Although he did a Zoology degree at Cardiff University in 1985, Lewis retained his passion reading and writing. Later, he attended creative writing classes in his home town, which were taught by Welsh writer and filmmaker John Evans.

“(John) was the one who convinced me I was good enough as a writer, and also that the competition was a good idea and that we should do it together,” recalls Lewis. “It was never meant to challenge or upset anyone, although certain people here in Wales took it personally. I just wanted to provide an alternative outlet for new writers as opposed to the stale, unexciting verse exported by the arts business in Wales. The aims of the competition haven’t changed.”

Although the goal of the competition remains constant, the extent of its international reach has certainly transformed. In its first year, 70 percent of the submissions came from within Wales. These days, most entries come from outside the country – with some from as far way as New Zealand.

“The number of entrants increases most years. We also get some amazing unknown and unpublished poets entering,” explains Lewis. “The standard is going up every year.”

Poems have also poured in from places such as from Abu Dhabi, Kenya and Pakistan.

“The reach of the competition is expanding with entries from all over the world.”

While he admits not everyone agrees, Lewis feels Wales has a reluctance to support new writers, or those who are off the beaten track. The competition is, in part, a challenge to that attitude.

“Surely poets should be anti-establishment, people who speak out against injustice, prophets, visionaries? Rock n’ rollers with pencils? Shouldn’t artists push the boundaries?” he muses. “The arts council only ever seems to fund and promote a small bunch of the same old faces. Don’t get me wrong, there are some good writers amongst them… but there are far better ones struggling for recognition.”

As the competition continues to search for new faces year after year, Lewis makes accomplishments in his own writing. In 2009, Lewis produced a collection of poetry titled Layer Cake. Lewis was also a runner-up in Wales’ 2009 Rhys Davies Short Story Competition. The following year, Urban Birdsong was published, a collection of Lewis’ short stories as well as his poems. Lewis published yet another anthology, Sawing Fallen Logs for Ladybird Houses, in 2011. In total, Lewis has published 11 books.

“I don’t write to be successful. I write because I have passion for life – and death. It’s who I am,” shares Lewis. “The rewards are simply cathartic. If I sell a million crime thrillers next year then that’ll be awesome of course, but just to produce what I believe to be good work is enough.”

In addition to running the poetry contest, Lewis has his own self-publishing company: Publish & Print, “to encourage good writers to get their work out there.” As ever, Lewis is chipping away at his own writing as well.

“I have a new poetry collection almost finished, that follows on from my previous work, Roadkill,” he says. “I am also starting work on a new Welsh valleys, black comedy novel.”

The International Welsh Poetry Competition is currently welcoming entries and will do so until May 29. John Evans will be judging, as he did in the first two competitions. Those with the courage to put pen to paper have the chance to be rewarded with prize money, international recognition and publication in the competition’s second anthology.