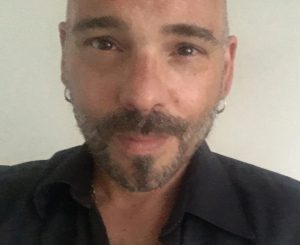 I was born and raised in Montréal. Aside from a short stint in British Columbia, I spent the first thirty years of my life in la belle province of Quebec, before relocating to Atlantic Canada in 2000.

Growing up there during the 1970s and 1980s, I became – unknowingly – an isolationist of sorts; Quebec’s drive towards independence, which included two referendums on separation, dominated our daily lives, and decisions on whom and what we were.

In addition, as an island, Montréal seemed cut-off from the “mainland” of Canada, both geographically and ideologically.

Later, moving from one downtown quartier to another, I again lived amidst an array of ethnicities. By the 1990s, I became – unknowingly – an internationalist of sorts, looking for commonalities amongst people rather than focusing upon their differences.

Ironically, it was during my initial solo trek to Ireland in 1989, that I first recognized myself identifying neither as Canadian nor Quebecois, but rather as a Montréalais.

On that same trip, I got into a minor altercation while photographing a July 12 parade in the Sandy Row district of Belfast. After some questioning to determine “whose side” I was on, I pulled out my passport. Once my citizenry was clarified (neutral), I was hauled off to the nearest pub, quizzed by my hosts as to whether or not I knew their various family members in Toronto (the answer is always ‘yes, of course’), and feted for my country’s ongoing commitment as global peacekeepers (more irony, given my locale at that moment.)

Last year, while vacationing in South Carolina, I was asked by a group of locals as to my stance on Donald Trump’s ascendancy to the presidency. My initial urge was to blurt out the truth. My truth. Instead, I politely begged off an answer, replying instead that “as a foreigner, I don’t really follow American politics.”

How typically Canadian of me; kind, courteous, respectful, and never one to upset the proverbial apple cart.

Interestingly, it is what I both adore and abhor most about being from this country; while it is nice to be recognized as nice, I sometimes wish we weren’t so wishy-washy. Canadians should grow stronger spines, stop apologizing for everything, and take our place proudly on the global stage as citizens of the world.

Chock it up, perhaps, to immaturity; in relation to other countries, and even to our fine neighbours to the immediate south, Canada is, by all measures – even at 150 years of age – a young country.

A while back, our national media – the Canadian Broadcasting Corporation – ran a year-long series of soul-searching promotional pieces, asking us to define “Canadian.” Not surprisingly, the response was both bland and befuddled. The exercise was akin to asking a teenager amidst an identity crisis to share their thoughts, feelings, perspectives, opinions, etc, and expecting something other than “I dunno” as a reply.

Residents of other countries seem to know who we are, however; our global “brand” consists of the Maple Leaf, maple syrup, ice hockey, pickup trucks, Tim Horton’s coffee, snow, moose, Justins (Trudeau and Bieber), etc…Of course, these embarrassing and shameful stereotypes are a sham, perpetuated by our very own corporate media, who are even more clueless about who we are than the CBC.

The reality is that we are a nation of immigrants (over 10 million of which claim Celtic ancestry), slowly finding our feet, and establishing a surer sense of self. That takes time – we are a work in progress.

Unlike the melting pot that is the USA, where immigrants (legal or otherwise) are “Americanized” into an existing and established cultural landscape, Canada is more of a mosaic, where individual threads are woven into a rich and robust tapestry. As such, we are witness to an identity being crafted right before our very eyes.

See it for yourself; take the time to explore the multicultural milieus of Montreal, Toronto and Vancouver, or the quaint communities of Quebec City, Ottawa and Kelowna, or the seaside cities of Halifax, St. John’s and Victoria, or our many rustic, rural regions – our colours are not just autumnal, they are year-round.

Almost amazingly, it all works – most of the time; we coexist in peace, internationalists, maybe even role models for what the rest of the world can aspire to be.

Recently, while working in the Caribbean, I was asked where I was from. “Montreal,” I replied automatically, before quickly adding “I am Canadian.”