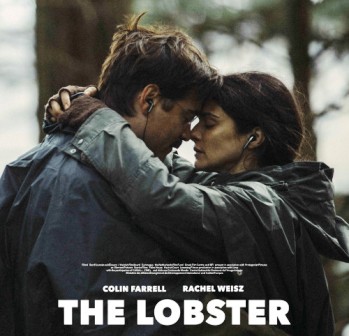 When The Lobster premiered in Cannes in 2015, the 39-year-old Irish actor was forthright about not understanding what, exactly, was going on in Greek filmmaker Yorgos Lanthimos’ sci-fi fable, set in a world where single adults who fail to find a suitable romantic partner within 40 days, or risk being turned into animals. A year later, as it opens in New York and Los Angeles today (and goes into wide release on May 27th), he’s still not sure — but he has a few ideas.

“I don’t think it’s trying to put forth any philosophy on the ideology or the structure of the dating game, or even how impersonal our lives have become,” Farrell says. “For me, a lot of it is about loneliness. I think a lot of our lives, in ways that seemingly are unrelated or obscure, are lived through the lens of trying to avoid loneliness at all costs.

People stay in relationships longer than they should because they just can’t stand the thought of being alone. We can’t control everything, but we have more of an ability to have a say in our destiny, and in our happiness, than a lot of us explore.”

Farrell speaks at a ferocious cadence, the sentences spilling out without apparent mediation — an impulse that often got him in trouble when he was learning the ropes of movie stardom in the early aughts. He moved quickly from a breakthrough part in 2000’s Tigerland to big-budget movies like Minority Report, Daredevil, and S.W.A.T., but his off-screen antics often generated more interest than his roles. He enjoyed the privileges of stardom well enough, with the tabloids linking him to Britney Spears and Angelina Jolie, among many others, but crafting the persona at the heart of a star’s public image never interested him much. “Personality gets tiring,” he says now. “Anything that you have to maintain gets tiring.”

That may be why David appealed so much to Farrell, given he was a character that he initially saw as “something of a blank canvas.” On the surface, there’s little common ground between Farrell and David, the sluggish divorcé he plays in The Lobster. The sad-sack character is soft-spoken and methodical; Farrell is famously brash and impulsive, although less so since getting sober in 2008. David was married for 12 years; the movie star was hitched for barely 12 months, which is about as long as any of the star’s romantic relationships have lasted. They don’t even look that much alike, since Farrell packed on 45 additional pounds for the part. But you could argue that David spends the majority of the movie learning what the actor already knows: There are worse things than being alone.

As for Lanthimos, a director whose work actively embraces the bizarre and prefers an abstract, almost affectless style (see his 2009 breakthrough movie Dogtooth, about three grown offspring kept cut off from the outside world), it wasn’t any one of Farrell’s performance that swayed the director — more like the distance between them. “The fact that I liked Colin from films like In Bruges and The New World and Total Recall gave me a lot of confidence to say that he can do almost anything,” he says. But it was who Farrell was off-screen that sealed the deal. “I like the various qualities that he has as an actor, as a person,” Lanthimos says. “When I see him speaking in interviews, I see how smart he is, what a great sense of humor he has.”

The two first connected over Skype. “We talked for an hour and a half,” Farrell recalls, “and maybe 200 words were said in that time. It was delightfully awkward, or just unusual.” Lanthimos admits he’s not one to drone on and on, especially when it comes to explaining his films. “I don’t really like to talk about my work much,” he says. “I don’t have much to say other than, ‘This is the screenplay … would you like to do it?’ It was much more valuable that we could sit around for a while and say a few things here and there, just hang out and see that we felt comfortable doing that. It’s as good as saying anything about the character, or anything else.”

One of the few things they did discuss in detail, however, was Farrell’s weight. “He asked me how I saw the character physically, and I said, ‘I think the important thing is that you be a bit softer — someone who’s had a nice life so far, married, didn’t pay too much attention to himself,'” Lanthimos says. “He said, ‘What if he was very thin?’ which I think he’s admitted now was because it was easier for him than to put on weight. But I thought if he was too thin, it would be a slightly more depressing presence. It would feel like he had other troubles.”

“Look, I’m an actor,” Farrell says, “so I’m aware you feel like you’re doing a great job if you lose a shitload or weight or put a load of pounds on. But it really felt right. It slowed my thought patterns down, and it slowed my speech patterns down. For a short period of time, I inhabited a body that I’d never inhabited before. So I was really, physically, in a different place than I’d ever been before. I couldn’t imagine David any other way now.”

Farrell came into The Lobster as a fan of Lanthimos’ work, and he remains one. (The feeling is mutual: The director and actor announced this week that they’ll be making another movie together: The Killing of a Sacred Deer, a “psychological thriller with supernatural elements” that’s scheduled to begin shooting in August.) “The thing that interested me about the film was what Yorgos does as a filmmaker,” he says. “His movies linger; they aren’t just houseguests where once the meal was finished they left. They stick around. They’ll see you through the night.”