The National Opera House and the Wexford Opera Festival 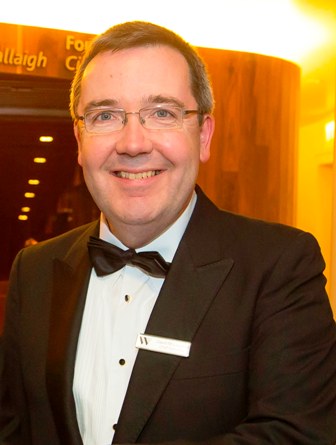 David McLoughlin says he was “headhunted” for the role of chief executive for the annual opera festival in Wexford, Ireland.

Before entering the world of opera, McLoughlin qualified with an honours degree in economics from Trinity College Dublin. He then worked in the country’s film and television industry before joining the Wexford Opera Festival in 2007 – the same year that Ireland’s refurbished National Opera House reopened its doors.

“The new Opera House has enabled the festival to present larger and more ambitious productions,” McLoughlin explains via email.

With that increased mandate, the greatest challenge, he notes, is securing scarce financing.

“Restricted state resources have impacted on the Irish arts sector, but the levels of corporate and philanthropic support are increasing.”

The situation can further be improved, he adds, “through focusing on audience development techniques, more fundraising strategies, and following international best practice.”

“Our aim is to continually produce what is the most expensive performance art form to the highest international standard which Wexford is famous for.”

The annual fall gathering has been living up to that benchmark for 65 years. Back in 1950, the festival was the brainchild of three local opera fanatics, who developed the event as a passion project.

“What’s interesting is that, at first, these gentlemen didn’t bring in works that people necessarily liked, but rather ones they thought that people should like,” shares National Opera House spokesperson Elizabeth Rose-Browne.

Since then, the festivities have erupted into a must-attend event for music lovers and theatre enthusiasts alike, claiming a place among the world’s leading opera festivals.

“Audience numbers have increased over the decades,” says McLoughlin. “We want to develop audiences for opera, and other performance art forms, through presentation in the state-of-the-art facility which has been recognized by the Irish Government as the only purpose-built opera house in Ireland.”

According to McLoughlin, the festival has remained faithful to its core directive through the years by “enabling audiences from around the world to discover both rarely performed opera works produced to the highest standards, and also emerging Irish and international operatic talent.”

This year’s festival playbill includes Maria de Rudenz by Gaetano Donizetti – a dark tragedy of a romance gone wrong. The Italian opera was first performed in Venice in the early 1800s. Also on tap is Herculanum, a French opera by Félicien David, as well as Vanessa, an American opera by Samuel Barber.

Rose-Browne explains that the refitted facility is the only building in Ireland which fulfills the strict acoustic and architectural criteria to be deemed a National Opera House.

“We may showcase artistic works that are hundreds of years old, but we now do so in the most contemporary of settings. The rooms were built with dark Canadian walnut and designed and treated with the latest in acoustic technology.”

The modern performance space also hosts an array of other acts and artists.

“We bring in musicals, plays, comedians, and musical performers of all sorts and styles,” says Rose-Brown. “This year we have everything from an Elvis tribute to The Royal Moscow Ballet and the Harlem Gospel Choir,”

Local and regional performers frequently take the stage as well. This spring, Dublin-born Damien Dempsey will share his eclectic mix of musical genres with the house audience. Shows such as this make the venue vital to the region.

“Both the festival and house play an important part in the local community in terms of social inclusion, cohesion and outreach,” shares McLoughlin. “They foster an appreciation of, and involvement in, the arts and culture. As well, they generate significant economic benefits…in particular as a major, and increasingly important, contributor to Ireland’s cultural tourism.”

According to Rose-Browne, the opera house generates €8.2 million for the local economy each year. However, she points out, the artistic incentive still outshines the monetary gain.

“We are very excited about the opportunity to get more young people here involved with the performing arts in the future. Passing down that creative spark will keep Wexford vital and vibrant for generations to come.”