The Way to Wexford 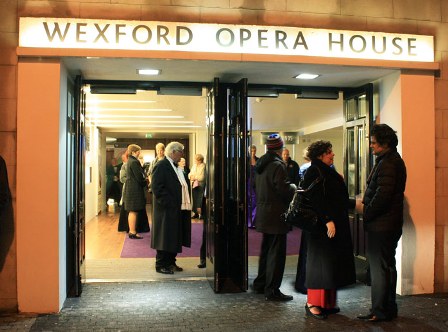 Established in 888 AD by Viking raiders, the small seaside town of Wexford is a vital and vibrant stop along Ireland’s Ancient East.

“Despite their reputation as fierce plunderers, the Vikings that settled here at that time were quite amicable,” says Monica Crofton of Wexford Walking Tours. “They were more interested in assimilating with the Celtic peoples than conquering them.”

Evidence of that era is everywhere in this community of 20,000, including on the waterfront, where remnants of Viking seafaring skills are still on display.

Over the years, that mastery would grow from generation to generation, eventually turning the town – which sits two hours south of Dublin, and whose motto is ‘So Old, So New’ – into a shipbuilding powerhouse.

“Before Catholic emancipation in 1829, and before the 1916 Easter Rising, the Redmond family built their fortune here by the ocean,” continues Crofton.

John Redmond (1856-1918) represented the region in England’s parliament, and became renowned for his efforts to push through the Irish Home Rule Bill at the turn of the 2oth century.

“And while he failed to finalize the independence agenda – soon after falling out of favour with his constituents amidst the winds of revolution – his affluence can still be felt here today.”

Indeed, it is a testament to the will of one man and of one family that the community is still commercially viable, long after the collapse of the shipyards.

“It also helped that Wexford wasn’t as afflicted by the famine as other parts of the country,” notes Crofton, adding that Eire’s neutrality in World War II spared it from further destruction and decay as well. “So we still have most of our roads, houses, shops, schools and the like intact from bygone times.”

A fine example of the area’s endurance is the once-regal and regaled Selskar Abbey. Originally founded in the late 9th century as a place of worship, the site was “remodeled” during the Norman invasions of the 12th century, and then “renovated” in the 1400s, before being “revisioned” by the Protestant Church of Ireland in the 1840s. Though today it lies in ruins (its neighbouring cemetery is the final resting spot to Canadian founding father Thomas D’Arcy McGee!), the original stone walls and towers remain intact.

Wexford is also home to the country’s National Opera House, which hosts one of the world’s finest cultural events each fall; the Wexford Opera Festival. This year, the festival celebrates its 65th anniversary from October 26 – November 6, featuring works by the likes of Samuel Barber and Gaetano Donezetti.

What started as a pet-project and labour of love for three local opera fanatics in 1950 has since evolved into an annual must-attend gathering for music aficionados.

“What’s interesting is that, at first, these three gentlemen didn’t bring in works that people necessarily liked, but rather ones they thought that people should like,” smiles Elizabeth Rose-Browne, who handles media relations for the facility.

Today, that adventurous spirit and sense of possibility continues to combine the best of old and new-world sensibilities.

“Journalists from across the globe come here looking for the next big thing,” she continues. “Whether that is a particular performer or production, this is the best place in the world to see tomorrow’s stars today.”

Rose-Browne is quick to note that the avant-garde approach is prevalent year-round.

“We bring in performers and productions of all shapes, sorts, sizes and styles. This year we have everything from an Elvis tribute to The Royal Moscow Ballet to the Harlem Gospel Choir.”

Local and regional artists regularly take center-stage as well, and on this night an appreciative audience is treated to a terrific evening of traditional Irish music featuring Liam O’Maonlai, Kevin Burke and Tim Edey (including a Celtic cover of Prince’s Purple Rain!). The piano, bodhran, melodeon, guitar and fiddle blend seamlessly in one of the venue’s two newly renovated concert halls.

“The rooms were built with dark Canadian walnut and designed and treated with the latest in acoustic technology,” explains Rose-Browne. “We may showcase artistic works that are hundreds of years old, but we now do so in the most contemporary of settings.”

And though the facility brings €8.2 million into the local economy each year, it is, she continues, an affluence of different sorts that keeps the artistic fires alive.

“The National Opera House has been a grassroots initiative since the start – created by the community, for the community. Passing that creative spark along will keep Wexford vital and vibrant for generations to come.”

Be sure to check in daily for our ongoing coverage of Ireland’s Ancient East. And watch for regular updates on our Facebook page!