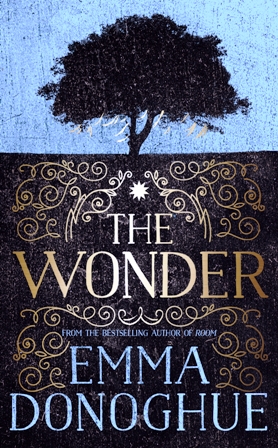 For Irish-Canadian author Emma Donoghue, research and writing are inseparable.

“I go back and forth between them,” she says over the phone from her home near London, Ontario. “The internet has made that so much easier.”

Born in Dublin, Donoghue spent years commuting between Ireland, England and Canada before settling down. The 47-year-old has penned a plethora of novels, short stories, screen-plays and the like, ultimately finding her voice in historical fiction. And though she has been writing professionally since she was in her 20s, it wasn’t until the critical and popular acclaim of her 2010 novel, Room – and the Academy Award nominated film adaptation five years later – that she became a household name.

Her latest effort, The Wonder, is Donoghue’s first full-length work since 2014’s Frog Music. Set in 19th century Ireland, the book tells the tale of a “fasting girl” – a child who claimed to be able to survive for long periods of time without eating. There were multiple cases of these girls in the Victorian era, and Donoghue researched dozens of files for the new narrative.

“I was fascinated by the fact that these long-term fasts clearly had something to do with what is now called eating disorders,” she explains. “Eventually, I decided I would write a fictional version that would draw on all the aspects of this phenomenon that I found most interesting.”

These real-life cases were spread out from the 16th to 20th centuries across both Europe and North America. Donoghue chose the year 1859 for her fictional account.

“I decided that Ireland after the famine would be the perfect time and place for this story because it was so interesting to set the idea of voluntary fast against involuntary hunger.”

Writing about The Wonders’ protagonist, 11-year-old Anna O’Donnell, proved to be a challenge.

“I knew that most of my readers would be assuming that she was a hoaxer, pathetic or deluded in some way,” shares the scribe. “I wanted to give her a lot of strength…she’s intelligent, she’s sensitive, she’s warm. Even, in some ways, an ordinary child. I tried to make her feel like a real child even though she is in this extraordinary position.”

Interestingly, Donoghue notes that, for her, the central character is not O’Donnell, but rather Lib Wright, a professionally trained nurse who serves as the novel’s narrator. Unlike many untrained nurses of the era, who were considered a type of domestic worker, Wright is cultured, educated, and “book smart” – qualities that cast her out of the community.

“I was taken by the idea of a nurse, who would be – who was supposed to be – a kind of objective, neutral observer, but who finds that her presence is making things worse. It is a real ethical nightmare.”

The contrast between Wright and the O’Donnell family is a sharp one; the nurse is English, middle-class and schooled, while her patients are Irish peasants.

Bringing in a “crucial third element” (as the author puts it) in the form of a reporter who records O’Donnell’s perplexing situation only served to heightened the tension.

“I wanted to complicate that contrast by putting in a Dublin-based, Catholic journalist who is quite educated and worldly, but still understands the locals. All the characters start questioning themselves and changing, and moving a bit closer together.”

The Wonder made the shortlist for the 2016 Giller Prize this past September, where it received high praise from the jury: “The Wonder does what we as judges yearned for – allowed us to forget we were judges, and just become readers, hooked and wowed,” reads the citation on the Giller website.

And while all of the hoopla surrounding both the new book and the film adaptation of Room pushed Donoghue’s popularity through the roof over the past year, she isn’t feeling the pressure to meet or exceed past performance.

“It’s amazing enough to have one big bestseller in your life, so I certainly don’t feel I have to every time. It would be ridiculous to let a really happy career be, in any way, overshadowed by anxiety because of writing one best-seller.”

She does, however, appreciate the accolades and attention.

“The New York Times gave The Wonder to Stephen King to review, and that only happens if they’re taking you seriously.”