There Are No Strangers Here 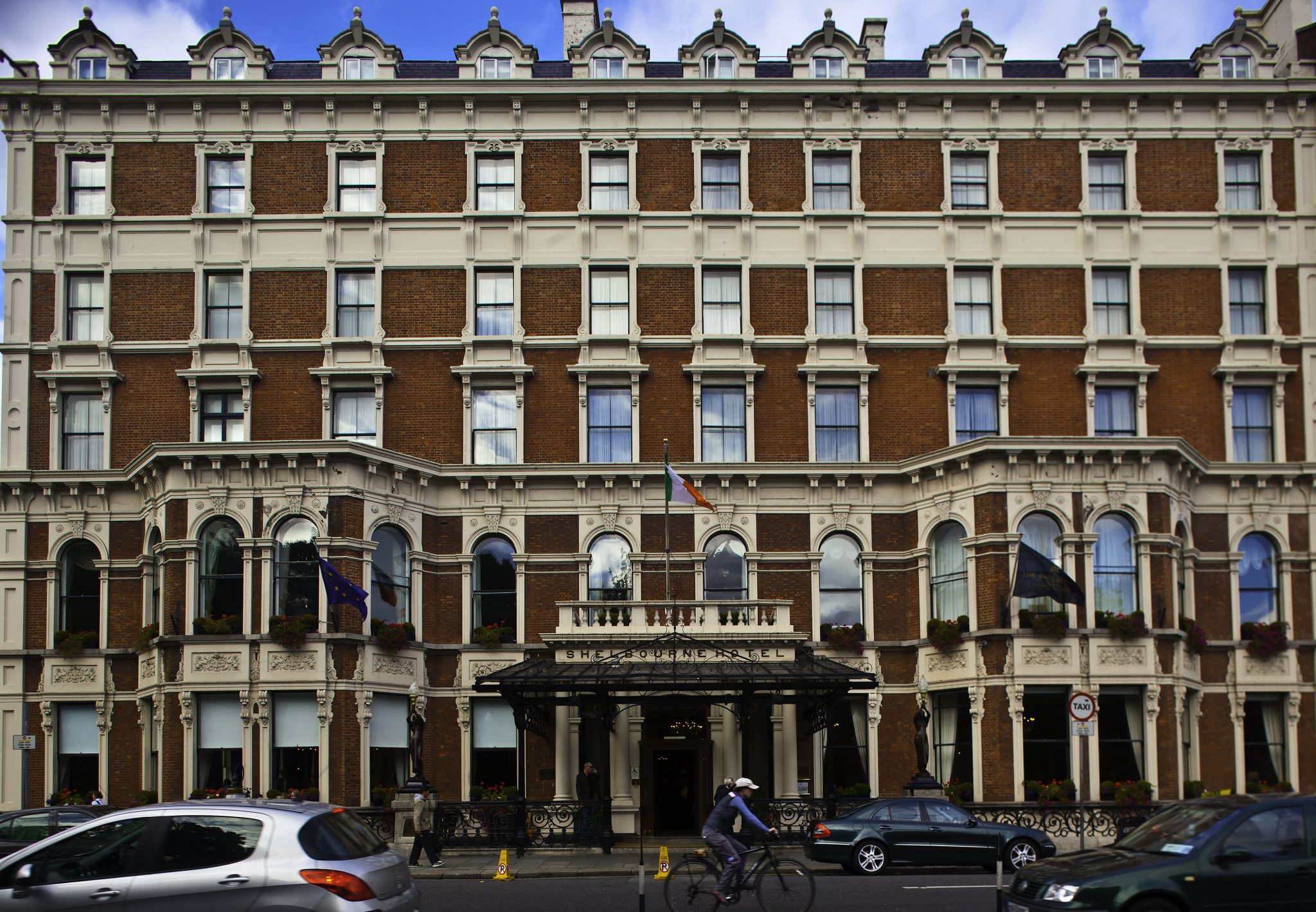 The Shelbourne Hotel stands majestically on the north side of St. Stephen’s Green in downtown Dublin. Built in 1824, the landmark, 265-room inn has been both host and witness to generations of the city’s rich history; most notably, in 1922, the drafting of the Irish Constitution in room 112.

Over the years, the Shelbourne’s cozy tea-room has entertained political, business, military and religious leaders, as well as an array of visual artists and literary types, including James Joyce (who referenced the hotel in Ulysses), and poet William Butler Yeats, who often stopped in for a warm cuppa’ after strolling St. Stephen’s Green.

“There are no strangers here,” the Sligo scribe once wrote, “only friends you haven’t met yet.”

The adage is apt as I sit down to chat with musicians Neil Byrne and Ryan Kelly by the facility’s famed fireplace. Ironically, though we have spoken several times by both phone and email, this is our first meeting in person. Within minutes, the duo has befriended this travel-weary stranger in a strange land.

Perhaps the familiar surroundings have put the pair at ease; after endless months and miles on the road in 2016, criss-crossing North America in support of their Echoes album, the songsmiths have been enjoying some well-deserved downtime back home.

“It always takes a little getting used to,” says Byrne of the respite. “Last year was just go-go-go all the time, and then – all of a sudden – you’re home, and there’s nowhere you have to go, no place you have to be.” 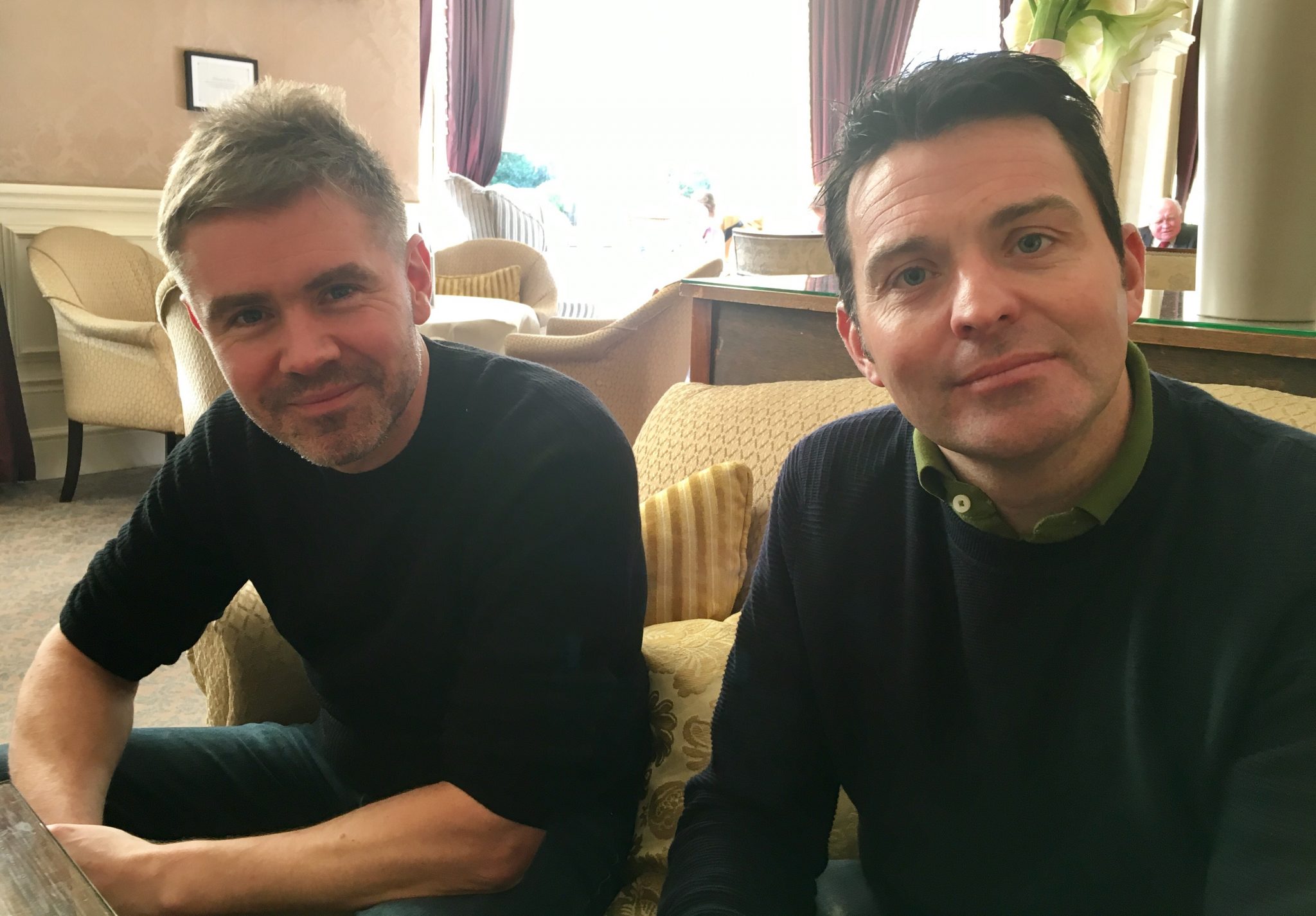 “Actually, we’ve really been enjoying it,” pipes-in Kelly. “It’s those spaces in between all the activity that give us the time to sit back and reflect on where we’ve been, where we are now, and where we’re headed.”

From all appearances, the pair are in a good place these days; friendly, funny, with a gentle and genuine Irish warmth and wit, it is easy to understand their appeal to audiences.

“Because the Echoes tour was on a much smaller scale than we are used to,” (the twosome double-up with their day jobs as members of Irish super-group Celtic Thunder) “the level of intimacy at shows is just that much greater,” notes Byrne.

“At times, it felt a little bit like we were performing for complete strangers in our living rooms,” adds Kelly. “Not that they were strangers for very long…”

Most of those concerts were prefaced with fan “meet ‘n’ greet” sessions.

“We met so many amazing people of all ages,” shares Byrne. “All kinds of great folks took the time to drop in and share their stories with us. And, after spending hours crammed into the van each day traveling from venue to venue, it made all the difference in the world to connect face-to-face.”

One of those shows, a mid-December invite-only affair in Kansas City, Missouri, was filmed for a live DVD, scheduled for release on March 21. 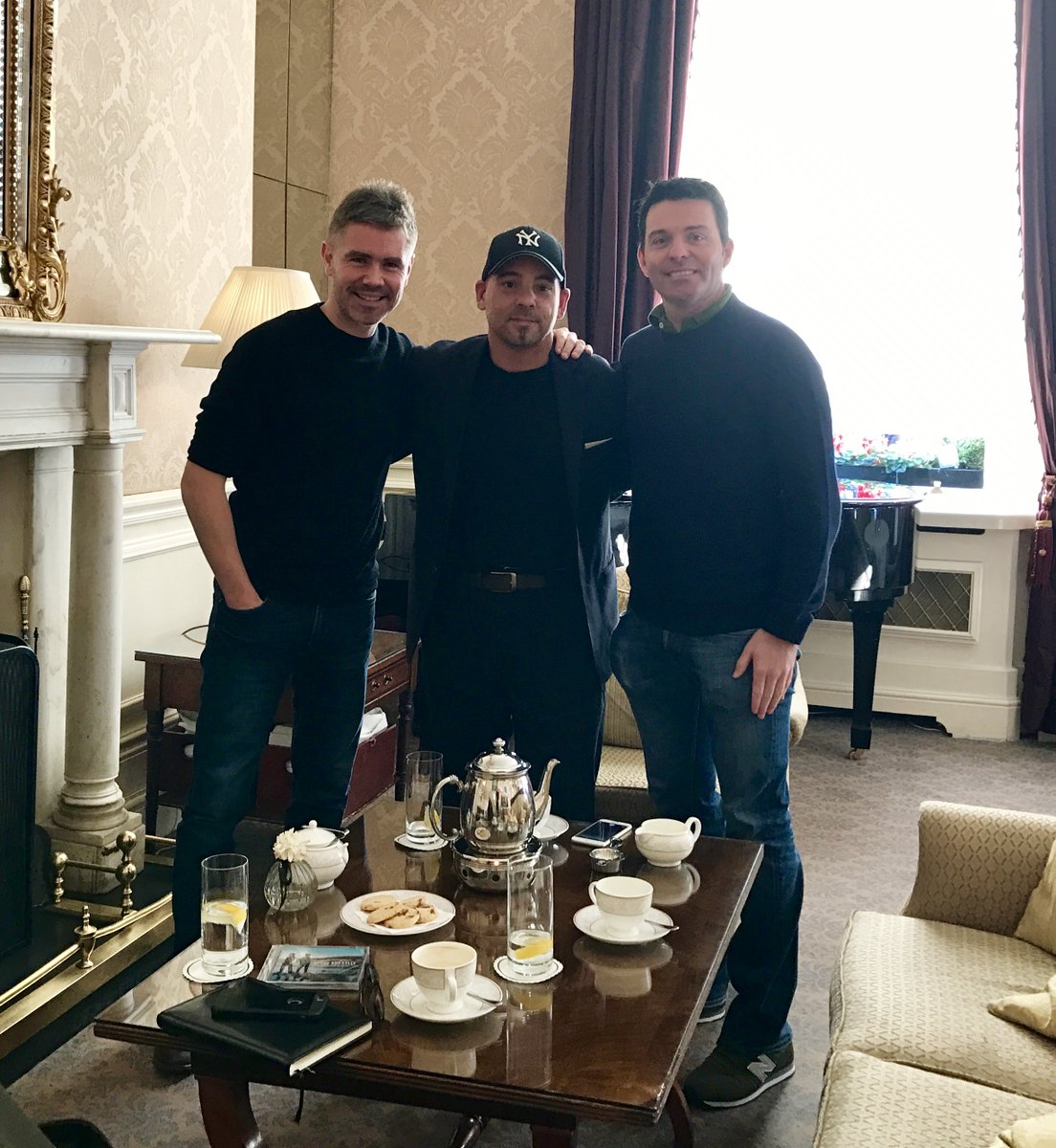 “There were only about 30 people in the audience that night,” recalls Kelly. “It was a very special evening – very warm and welcoming. Neil and I and (violinist) Nicole Hudson and (keyboard player) Cian Sweeney really had the chance to bring the songs to another level altogether.”

The concert documentary film – the duo’s first – not only sees the band perform the Echoes album in its entirety, but also highlights the story behind the album.

“We invited (director) Michael McGlinn around to the particular locations in Ireland that inspired each of the songs,” says Byrne. “The footage is simply spectacular, and I think fans are going to be blown away.”

To support the new release, the pair will hit the road for select dates across North America through the spring and summer.

“It’s been great having this bit of time off,” smiles Kelly, “but we are really looking forward to getting back out there and making more friends.” ~ Stephen Patrick Clare