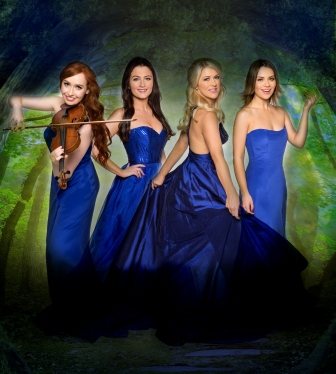 The tea is only fair and the potato chips are never as good as the crisps back home, but there is something about North American audiences that fills Celtic Woman’s Susan McFadden’s Irish heart with joy.

“They are with us from that very first note each show,” she tells Celtic Life International over the phone. “We’ll have little girls in fairy dresses and folks of all ages, all happy to be with us for an afternoon or evening. And we always have a grand time together.”

With a new recording under its wings – the aptly titled Voices of Angels – the internationally-acclaimed quartet is in the early stages of a four-month tour that will take them to 90 cities across the United States and Canada.

Voices of Angels – which was recorded with the 72 member Orchestra of Ireland – showcase both contemporary hits, including My Heart Will Go On, Time to Say Goodbye, and Across the World, as well as timeless classic such as Dúlaman and Ave Maria.

“No doubt the history of immigration between our countries plays a role in making the North American audiences so special. We have connections through parents and grandparents, perhaps many generations back, and that always adds to the enjoyment on both sides.” 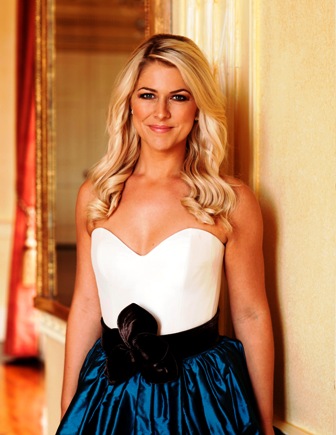 The Dublin-born McFadden, who made a name for herself in theatrical circles in both London and the Irish capital, knows a thing or two about audiences. Since joining Celtic Woman in 2012, she has toured the world, enjoying an array of accolades from Germany (”Generally a younger crowd and quite reserved”), to South Korea and China (“The applause after each number was quick and short, but much more enthusiastic at the end of the night.”)

The tour, she says, carries on the magic and music that has characterized Celtic Woman since its beginnings 12 years ago.

In 2004, David Downes – a former musical director of the renowned Irish musical Riverdance – presented five Irish women performing a repertoire of traditional and modern tunes at the Helix Theatre in Dublin.

“It was just supposed to be one night, with one recording,” explains McFadden. “PBS television, and their audience, was totally engaged by it, so it has gone on and on.”

Since that first performance, the group has undergone numerous personnel changes – something that McFadden believes has been a positive.

“Celtic Woman is first and foremost a showcase, and a dream job for many female Irish singers. We have always had gifted performers, but it was important to highlight the unique talents of each individual girl. We would never have been so successful if we were all clones of one another.”

By way of example, she points to the troupe’s current line-up; Máiréad Carlin, the first principal singer to come from Northern Ireland, is a classically trained soprano, while Éabha McMahon, of Dublin, has a more traditional background, having grown up speaking Irish and performing in Sean Nos choirs as a young girl. 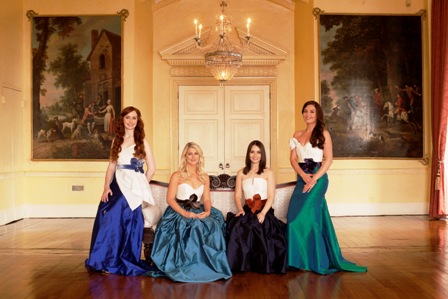 “Tara McNeill, also from the North, and our newest member, is a fantastic fiddler who plays the Irish harp as well. Her first performance was in South Africa, so she will be meeting North American audiences for the first time over the coming months.”

Five years ago, McFadden had just wrapped up a theatre job in London when she was contacted by Celtic Woman.

“I had been away from the Irish scene for about eight years, so I had a lot to catch up on. The more I learned about Celtic Woman, the more excited I got. The idea of being a part of something home-grown was very exciting.”

Now the longest-serving member of the group, McFadden commands the stage with ease and elegance. There was, she admits, an adjustment period at first.

“I began in stage school as a very young girl, going three times a week, and later I was involved with musical theatre, so I was quite accustomed to the stage. However, with Celtic Woman, I was performing as myself, a singer, for the first time. Fortunately, I had great support – I was brought right back into the Irish fold. And we were so well-treated on the road that I quickly fell in love with it all.”

“My solo on the new album is She Walked Through the Fair, a lovely old song that is familiar to many. The phrasing is surprising, and people will not have heard it like this before.” 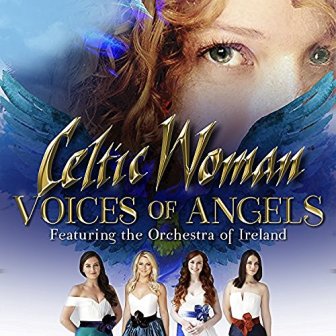 She cites Carlin’s version of Ave Maria as another striking example of bringing the past into the present.

“Again, it is very new and lovely and a perfect fit for Máiréad.

“I am always surprised when we redress an older tune like this – but I really shouldn’t be at this point; we do a new version of Danny Boy every year. Just imagine us performing Danny Boy with Spanish guitar – it is so suited to the emotion of the song.”

Other examples of revamps on Voices of Angels include Around the World, Isle of Hope, Isle of Tears, and the rich, emotive Mo Ghile Mear, which features an English male choir.

Whatever the formula, it has been more than successful; since its debut, Celtic Woman has had ten chart-topping albums, eight DVDs, nine public television specials, and sales of more than 10 million albums, with platinum success in nine countries. Each of its albums, including 2016’s Destiny, has debuted at #1 on Billboard’s World Albums Chart, and they have been named Billboard Magazine’s #1 World Albums Artist six times. The group has performed for more than four million fans across 23 countries and six continents.

McFadden says it is all about teamwork.

“There are about 30 of us when we go out on the road, and so many of them make life easy for the singers. Music, dancers, lights, stage crew, they are all totally dependable and we all get on very well. We are in it together, and we figure out who needs a bit of space or cup of tea or a cuddle on any given day.”

Given the lengths of the tours, some members of the company occasionally get visitors from home. When that happens, McFadden says they are welcomed by all, especially if they bearing gifts from the Emerald Isle.

“The word is out,” she laughs. “Don’t even think about showing up without a box of Irish tea or a bag of Irish crisps.”