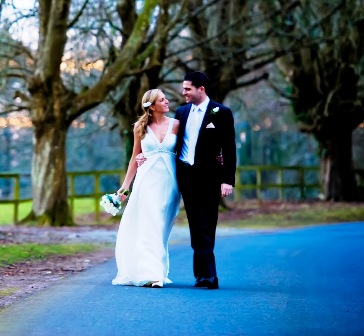 Past and present come together at Waterford Castle, where a rich and robust history blends seamlessly with contemporary comforts.

Originally erected as a single stone tower during medieval times, Waterford Castle has evolved into an extraordinary edifice, replete with wings of magnificent rooms and halls, each ordained with fine art, furniture and fixtures.

Located on a private island in the River Suir, the centuries-old site sits just downstream from its namesake city – the oldest civic community on the Emerald Isle. As both a longstanding strategic and scenic locale, the 310-acre sanctuary – only a three-minute ferry ride from the mainland – has seen more than its fair share of inhabitants over time.

Originally settled by monks from the sixth to the eighth century, the island was taken and guarded by Danes during the Viking era. A long line of Anglo-Norman Fitzgeralds – including a cousin of Richard de Clare (a.k.a. Strongbow) – owned and occupied the spot for another eight centuries, building the castle in the 1600s as a military outpost.

Waterford Castle was transformed into a luxurious 4-star hotel and country club in 1987, opening its vast and lush grounds to both local residents and visitors.

Since March, 2015, current proprietor Seamus Walsh has taken the original vision for the facility to new levels, implementing further and more detailed renovations.

“This has been an exceptional project, in that all of our additions and refurbishments aim to showcase the castle’s unique personality,” says spokesperson Bernadette Walsh, whose background in interior design has been a boon to the building’s renovations.

“Our team’s enthusiasm, professionalism and genuine love of the resort have made this a project from the heart.”

Recent renovations have included at least €100,000 worth of upgrades to the Des Smyth-designed, 18-hole golf course. A new ‘short-game’ area is set to open in the coming months as well.

Today, guests can choose to stay either inside the castle itself, or in one of 45 self-catering lodges located a short walk from the main building. Over the past year, those lodges have been going through a transition of “colour, texture, personality and warmth,” with upgrades designed to make visitors feel even more at home.

Restoration of the Castle’s historic furnishings and décor, via the addition of a collection of contemporaneous pieces, has also been a priority.

Once guests are done marvelling at the enchanting surroundings, they are welcome to enjoy an assortment of engaging activities. In addition to golf, the resort offers archery, clay pigeon shooting, falconry, tennis, croquet, and activities for children. With its walking trails and picnic spots, the castle grounds are also prime territory for nature enthusiasts.

“The island boasts a vast array of wildlife from our resident deer, fox, badgers, hares, pheasants, peacocks and many more,” says Walsh. “It really is a bird watcher’s paradise.”

A day on the grounds can be complemented with a fine meal at the Munster Room Restaurant, which has maintained its two AA rosettes since 2001.

With the stunning setting and the famous Irish homespun hospitality, more and more couples are keen to get married on the island. “Our mandate is to be the premier wedding venue in Ireland,” notes Walsh. “Most of our wedding couples are American and have Irish heritage. We also have many Australian and Canadian couples.” The locale is a popular nuptial destination for love-birds from across both the Emerald Isle and Europe as well.

Renovations will continue this year with the building of an “Island Spa” and with “refurbishments throughout the castle, lodges and golf club,” Walsh says. “We are aiming to up the ante, and to become a five star resort, which is not very far away.”

While upgrades carry on, Waterford Castle retains its old-world charm. As it was when the monks first settled the island 1400 years ago, guests and visitors are invited to “leave your worries at the shore.”