What Does it Mean to be “Irish”? 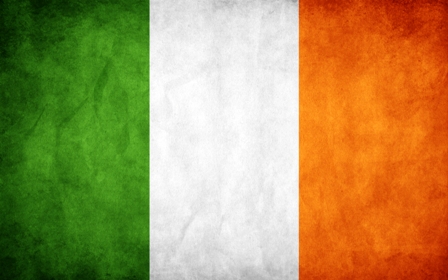 When your specialty is Irish genealogy, you are often confronted with the question of, “How do you define Irish?” This question especially hits me around Saint Patrick’s Day when I see a myriad of people wearing green, posting pictures of leprechauns and shamrocks, drinking green beer, and the like. Is this what it means to be Irish? The people I know in Ireland look at this with puzzlement and wonder where it all came from. It is a peculiarly American phenomenon. Such a popular mythology of what is means to be Irish can unfortunately marginalize elements of the Irish population and of Irish history and genealogy. Even if people get past the green beer and corned beef and cabbage, they often seem to assume a set definition of who the Irish are which can be a narrow picture.

Before I started researching Irish genealogy I sometimes couldn’t remember whether there were more Protestants in the North or the South of Ireland, so I am no stranger to being uninformed about Ireland. But I’ve learned a lot since then about the complexity of Irish culture, history, and people. In this column, I would like to share some of my own observations and experiences about this. I don’t claim to have all the answers, and I’m not an Irish historian, but I hope that the following might be thought-provoking for those reading this column in terms of what it means to be Irish.

This year I noticed a Saint Patrick’s Day parade lined with flags displaying Celtic crosses and the word Eire. Now, I greatly admire Celtic crosses. However, these flags reminded me that, in my experience, I have found that many people have the perception that “Irish” means both Gaelic and Catholic, thus eliminating anyone who doesn’t fit into those categories. On the other hand, when I visit Irish festivals and genealogy gatherings around the United States and Canada, I notice that about half of the people have ancestors from Ireland who were Protestants rather than Catholics. I also find that many Irish Catholics and their children left the church when they went to North America or Australasia; were they no longer Irish?

There were many thousands of Presbyterians from the lowlands of Scotland who settled in Ulster (the northern province of Ireland) in the 1600s, and their descendants came in great numbers to America starting in the 1700s. There were the “Old English” (Norman Irish who often remained Catholics after the Reformation) and the “New English” (Protestants who came to Ireland after the Reformation). People of Irish Catholic descent might be surprised to find how much of their ancestry goes back to the “Old English” and (probably to a lesser extent) the “New English.” The former, in particular, widely intermarried with the local Gaels.

Some of my own Irish ancestors were “New English” Protestants who came to Ireland at the time of Cromwell in the 1600s. A Bible from this Irish family, kept by the generation that came from Queens County (now Laois County), Ireland, to Canada, is now one of my treasured possessions. Others of my Irish ancestors were Roman Catholics from County Down; it is from these forebears that I have inherited my own Roman Catholic religion. So I can see the mix of cultures in Ireland from a very personal perspective.

Irish families of English origin were often called Anglo-Irish, and some of the Anglo-Irish produced literature and poetry that are known and loved the world over. Examples include the works of Jonathan Swift, Oscar Wilde, George Bernard Shaw, and W. B. Yeats. The more prominent Anglo-Irish comprised the Protestant Ascendancy which ruled Ireland for several centuries. It was actually Irish Presbyterians with their Catholic countrymen who were instrumental in the United Irish movement of the 1790s, and Protestants were prominent in the Home Rule movement of the late 1800s and early 1900s. Many of the first American presidents were of Scots-Irish heritage. Canada had important early leaders of both Catholic and Protestant Irish background. Did you know that it was the Irish who brought Methodism to America in the 1780s?

We should not use religion as a guideline to what “Irish” means, because religion is so intermixed among families in Ireland. There were Irish Quakers, Irish Baptists, Irish Methodists, Irish Jews, Irish Congregationalists, and others. Did you know that two of the presidents of the Republic of Ireland in this century were Protestants? From my experience as a family historian, mixed marriages between Catholics and Protestants were more common than we realize. For example, you will find numerous Roman Catholic Campbells in the North of Ireland whose ancestors were originally Presbyterians from Scotland. When you look at the Irish Diaspora, you see an even more diverse picture of religious affiliation.

The term Eire is sometimes used to refer to what is now the Republic of Ireland (the larger part of the island of Ireland). Unfortunately, it was often used pejoratively in twentieth century England to refer to the Irish Republic. But originally, it referred to the whole island. As we know, the island of Ireland is now politically divided. In 1921 twenty-six counties separated from Great Britain to form the Irish Free State, which eventually became the Republic of Ireland. The six other counties (Antrim, Armagh, Down, Fermanagh, Londonderry and Tyrone) remained in the United Kingdom with Great Britain. Many people in Northern Ireland certainly consider themselves Irish, but they are also British subjects, and many of the Protestants and even some of the Catholics among them want to remain Irish and British. I would not say that Eire is not a term with which Northern Irish Protestants identify.

At one Irish festival some years ago, I displayed at my genealogy booth both the modern Irish Republic’s tricolor flag (which our Irish ancestors wouldn’t recognize) as well as the Union Jack (the flag of the United Kingdom of Great Britain and Ireland since 1801). I did this because the Union Jack is not only the official flag of the people of Northern Ireland, but also the flag under which all of our Irish ancestors lived in the period 1801-1921. However, due to some disturbing protests at the festival, I decided to take down the Union Jack. I hadn’t intended to offend anyone; I had only intended to be historically accurate and reflective of the present reality of Ireland.

I have often had someone come up to me at an Irish festival and say, “My ancestors were from Ireland” and then in hushed tones add, “but they were Protestant.” I would urge people not to avoid learning about their Protestant Irish heritage and genealogy. What’s more, you may find you are descended from some Catholics too. Conversions happened, in both directions.

Often, Americans also think that to be Irish has always meant to be anti-British and a supporter of a united Ireland independent from Britain. Well, did you know that the first recorded Saint Patrick’s Day parade was held in colonial New York City by Irish soldiers in the British Army? People of English descent have been present in Ireland since the twelfth century. Has their presence been all good or all bad? I think the answer is much more gray than black and white. It seems to me that their legacy includes the building of many of the cities and towns of Ireland, a centralized government, and the use of the English language (now an international standard). However, their legacy includes the unjust Penal Laws against Catholics especially in the 1700s and the wresting of lands away from the old Gaelic leaders in the 1600s to put in the hands of Protestant “planters” in Ulster, Cromwellian adventurers, and Protestant followers of King William. But even the story of the Penal Laws themselves points out how much more complicated the Irish situation was than it’s generally made out to be. Many of the Penal Laws were largely ignored, and many Irish Protestants helped their Catholic friends and relations to circumvent them. Likewise, when there was briefly a Catholic King in England Ireland, King James II in the 1680s, many Irish Catholics helped their Protestant neighbors and relatives. One book I have been reading which I highly recommend to explain some of the complexity of the situation is Richard Chenevix Trench’s Grace’s Card: Irish Catholic Landlords 1690-1800 (Cork, Ireland: Mercier Press, 1997).

Does it matter how we view who is Irish and who is not? I think it does. The exclusion of certain people from “Irishness” is partly at the root of the political tensions and violence that have plagued Ireland in recent decades. It would be naive in my opinion for us North Americans to think we understand the complexity of the situation in Northern Ireland, but it seems a good start to seek to understand and respect all of Ireland’s people and traditions, whether they are Protestant or Catholic, nationalist or unionist, Gaelic or Anglo-Irish or Scots-Irish.

In my view “Irish” means simply “from the island of Ireland.” And I would urge all to respect the very complex history of Ireland and the many cultural experiences and political viewpoints of the Irish people. Having a more open-minded view of the varied and complex Irish experience might also help us avoid overlooking important possibilities and unexpected clues in our family history research. ~ Story By Kyle Betit / Source: IrishAbroad.com