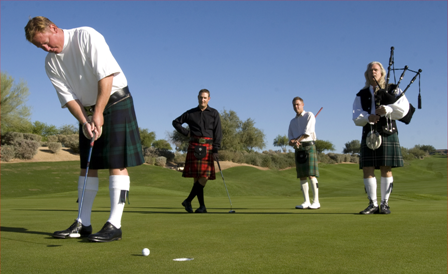 2. Coast with the Most – Scotland’s coastline (even without its islands) is three times larger than England’s and twice that of France and Spain, so there is a lot of it to explore!

3. Golf – The ‘Home of Golf’ is where the game was invented and some of the world’s most famous courses await, as well as hundreds of less heralded, but equally remarkable, courses that are open to all. The Ryder Cup will be in Gleneagles in 2014 too.

4. Whisky – Some countries that try to make great whisky cannot even spell it. Here is the real deal with hundreds of distilleries, many open to the public and many too which are postcard perfect and set in stunning locales. Check out Scotland’s whisky isle.

5. Adventure Sports – Whether you want to bash downhill on a mountain bike, hurl yourself off a bungee or take on the Atlantic surf in a kayak Scotland is one of the world’s top adventure playgrounds.

6. Prehistory – Forget touristy Stonehenge and head to the standing stones at the end of the world at Calanais or on Orkney or the ones that lie half forgotten in farmers’ fields around the country.

7. Fantastic Food – Forget what you have heard about stodge and deep fried Mars Bars, instead tuck into some of the world’s best seafood and beef.

8. Celtic Culture – The mystical old days of the Braveheart clans live on in traditional Highland Games, as well as concerts and pub sessions throughout the land.

9. Commonwealth Games – Glasgow will host this massive sporting event this summer with teams from over 70 countries and territories.

10. The West Highland Line – Quite possibly the world’s most beautiful railway journey and we have ridden most of the other famous ones in the world so we know!

11. Wildlife – Be awestruck by huge eagles and stately stags on land and basking sharks, dolphins and even killer whales at sea.

12. Seven Cities – Scotland’s seven cities – Glasgow, Edinburgh, Aberdeen, Dundee, Inverness, Stirling and new city Perth- all have their own charms and each is worth a trip on its own.

14. World Class Engineering – Scottish engineering is famous around the world, highlights in Scotland range from the epic Forth Bridge to the jaw dropping Falkirk Wheel. This year a ten day festival celebrates the 50th birthday of one marvel, the Forth Road Bridge.

16. Tartan – We invented the lovely chequered stuff. No, you won’t find tartan paint here, but tartan everything else.

17. Kilts – The ladies tend to love them and guys love wearing them so what is not to like? Try one on or just admire them in all their swishy glory.

18. Monsters – Good old Nessie is world famous, but she also has a sister, Morag, in Loch Morar so you can bag two monsters in one trip.

19. Music – Everyone from Big Country and Simple Minds through to Franz Ferdinand and Chvrches hails from Scotland.

22. Brave – Disney-Pixar’s big 2012 blockbuster is unmistakable set in Scotland so you can tour the locations from Dunnottar Castle to Glen Affric.

23. Hogmanay – The biggest night of the year for 2014 is already designated its last, an event that for many pagan leaning Scots is more important than Christmas these days and what a party Edinburgh puts on.