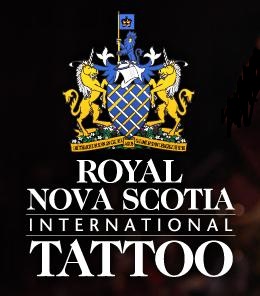 Garbed in green tartan pants, His Honour enthused how the annual show was “one of the most anticipated events” in Nova Scotia. A packed Metro Centre confirmed this eagerness; and an audience applause poll revealed that it was not just Nova Scotians, but strong contingencies from across Canada, the U.S. and overseas were there too for the world’s largest indoor show.

Whether you attend the Nova Scotia Tattoo for the first time or return again and again, the ceremony and comedy, music and theatre, pipes and drums, brass and dance, cultural expression and tributes to those who serve(d) on streets and battlefields, never cease to amaze. Yesterday’s matinee was no exception as the thousands in the crowd gushed with appreciation.

Euphonium player David Childs from Cardiff made quite the impression as he played Flight of the Bumblebee with immaculate precision alongside the Royal Welsh College of Music & Drama Brass Band. Switzerland’s Top Secret demonstrated why they are regarded as the best drum corps on the planet with their percussive sounds produced through stick duals, strikes against the visually striking flags and other innovative ways.

People of all ages laughed at fan favourites, the Flying Grandpas from Germany and watched through partially covered eyes as the Dutch Juliana Bicycle Team mounted ever so towering unicycles. Denmark’s Talenholdet youth were standout crowd pleasers with their high speed series of whip backs and “Double Dutch skipping” times ten.

This year’s production beautifully paid tribute to the centennial of WWI—narration, archived footage projected on the big screen, contemporaneous music and costumed interpreters fulfilled this role—and to those who served and died in Afghanistan a century later.

A particularly touching moment was when a large cast of bagpipers, drummers, brass and singers—including the gorgeous vocals of Brenna Conrad—sang Amazing Grace. This was to honour Const. Dave Joseph Ross, Const. Fabrice Georges Gevaudan and Const. Douglas James Larche killed just a month ago in Moncton, New Brunswick. Without prompting, the entire audience stood and many tears flowed.

During the impressively directed three hours—from intimate snapshots to large scale displays, making great use of lighting, sound and the stage floor—scenes of cultural fusion were a real treat. Irish dancers rhythmically moving alongside Highland ones, or the Scottish pipes playing a song from l’Acadie were just some examples.

At the end, the entire cast of 1,800 or more performers, from Canada, Denmark, Switzerland, Germany, the UK, the Netherlands and Czech Republic marched out all together. The fact the audience gave them a standing ovation before the finale number was even performed speaks to the impression this group of magnificent talent made.