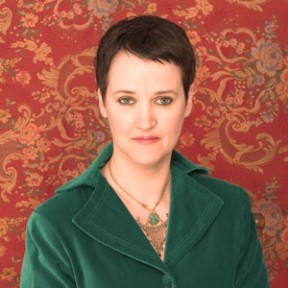 Mary Jane Lamond is an internationally respected artist within the Celtic and world music genres. She is a leader in the preservation of Celtic heritage, and her expertise in the Gaelic culture has garnered her critical acclaim worldwide. She has released five albums: Bho Thir Nan Croabh (1994), Suas e! (1997), Làn Dùil (1999), and Gaelic Songs of Cape Breton (2001). Her latest recording, the award-winning Storas (Gaelic meaning “a treasure”), is a stunning interpretation of Scottish Gaelic songs that have become part of Nova Scotia’s Gaelic tradition. In advance of her appearance at this year’s Celtic Colours International Festival, she opens up about her passion and profession.

What is your own background/ethnic heritage?
My family on both sides mostly came from the Highlands of Scotland. On my mother’s side they came up to Hants Co. NS after the Revolutionary War and on my father’s side they landed in Cape Breton from North Uist in the 1820’s

What inspired you to start singing?
I grew up in a house where my mother played the piano and sang most nights after supper. I can’t really remember a time in my childhood when I wasn’t singing most days. My poor siblings probably wanted to kill me , but I sang non -stop growing up

Are they the same reasons that you still do it today?
No not really, I think two things shifted in my life; first of all I discovered traditional Gaelic singing in Cape Breton and that became my passion and second performing for a living took some of the joy of singing for myself away for awhile. But as I found more balance in my life I found a way to fit both things in and even find myself singing around the house now for the joy of it.

How have you grown as a singer over the years?
I think the most important thing that I have held onto is to not identify primarily as a performer. I am still learning about Gaelic singing and the song tradition and it is such a deep well that I think I will never get to the bottom of it. So my goal is to learn as much as I can from traditional singers.

What have been some career highlights?
It’s a funny thing but I never really have considered myself to have a “career” . I have been lucky enough to make a living doing what I love to do but mostly long to just get better at singing Gaelic songs through improving my language skills and learning from others.  I guess I could cite famous people I have had the opportunity to sing with but I think what is most inspiring for me is to have the opportunity to tell people about the amazing oral literary tradition that exists in Gaelic culture

Is your creative process more ‘inspirational’ or ‘perspirational’?
I think it is a bit of both. Certainly when I hear a song that I love, I am inspired to sing it. The hard work is trying to figure out how to present the song so that we don’t take away from the essence of what made it powerful in the first place.

What makes a good song?
Well that is such a personal choice and is so dependent on what suits you and your voice. So I can’t really answer that one, except to say that Gaelic poetry and song is very exacting in form, stress and rhymes working hand and hand with the melody so if all that isn’t in place it won’t feel like a good song.

What attracted you to Celtic music?
I am not precisely attracted to “Celtic” music but to Gaelic song in the context of the Scottish Gaelic Diaspora in Nova Scotia. I am attracted to that for many reasons, heritage plays a small part, but mostly it is because it is such an amazing song tradition, so rich and beautiful

Is enough being done to promote Celtic culture today?
Again this word Celtic doesn’t mean a great deal to me. I would say that in terms of promoting the Nova Scotian Gaelic tradition that some good things are happening but it really comes down to people having sufficient language skills to access the songs and stories, the cultural art forms of the Gaels, or the Welsh, Cornish, Breton or Manx.

What could we be doing better?
I think, and I know some may not agree with me, that we need to pay more attention to the roots of the traditions, and culture as expressed through the Celtic languages. I believe that these cultures can only be sustained by people having the language skills  If we get too far away from what the older generation were saying , how they said it , we are in danger of drifting away from anything that was real

Are you excited to be involved with Celtic Colours International Festival this year?
Yes, of course it is lovely to be performing on my own turf, meeting up with players and singers from abroad, at an international festival with the possibility of  sleeping in my own bed. Bliss.

What’s next on your own creative agenda?
Well, I’m very excited to say that Wendy MacIsaac and I have a new cd coming out on Sept 18th. Wendy and I have been playing music together for many years but this is our first collaborative effort making a CD together. I’m very happy to making music with Wendy and the CD combines our arranging sensibilities and also the Gaelic song and tune traditions.  We have been playing the music at a few festivals this year and are having a great time. With this CD I feel more inspired to get up onto a stage than I have for a long time.