A Portrait of Donegal 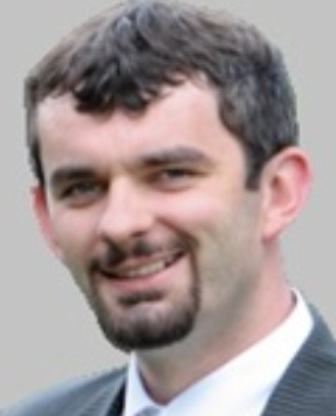 James Joyce described Dublin’s sky as being, ‘as unpredictable as a baby’s bottom’. I wonder how Joyce’s shade would respond to a few weeks in Donegal?

It is not that Donegal weather deceives; it defies. Dusk lines of light meet the sea on the horizon as fork-lightning streaks downwards. Wake to find a calm morning, one that is quickly overtaken by gale-force winds accompanied by blasts of beating rain. Hardly have you taken refuge from the onslaught, than a brilliant torch of sun illuminates the sky. And there is still time for a change before lunch. A postprandial walk is marred by a definite chill, something that had been thankfully absent in one of Ireland’s finest summers on record. Don’t dress to impress in Donegal. Dress for elemental combat.

Donegal is the most rugged, remote and recondite county in Ireland. It stretches from the northernmost point of the island, Malin Head, to the fishing village of Killybegs and tourist town of Bundoran. Its people, exposed from an early age to weather that could render a lesser folk mute, speak eloquently through ventriloquist-tight lips. Its colours are spectacular: the green of its bevel hills, the navy blue of the boundless Atlantic, the painful gorse and the haunted stone walls bespeak a struggle to exist; the purple heather on the Blue Stack Mountains sways under the ever shifting, scurrying sky.

Against this canvass, the foundation stones of some of Donegal’s towns, Gaoth Dobhair for example, hark to the exodus of Irish people during the Plantation’s confiscations. While that view of the origin of Donegal’s urban settlements may be apocryphal—people certainly lived on the herring and mackerel rich North West coast before 1606—an element of truth attaches to it nevertheless. The coastal villages of Donegal, which string together like beads as though to meet the sea in phalanx formation, constitute Ireland’s final frontier. The communities of Ireland’s West Coast were formed and forged against the repression of Irish people and culture, and they survived intolerable conditions.

Donegal is braver than most counties in the facts and events it commemorates. Letterkenny’s Main Square remembers The Hard Road to the Klondyke(Rotha Mór an tSaoil), a memoir by Michael MacGowan. The memoir depicts the slavery, in all but name, into which children were sold for the upkeep of strong farmers’ holdings at hiring fairs. A statue to unnamed children with hollow cheeks is also etched in the Main Square; their gaunt eyes stare back demandingly at the beholder.

Ballyshannon is home to one of the best examples of a famine Workhouse preserved in Ireland, the lineaments of which contain as important a piece of famine architectural history as we have. Ballyshannon actors Sean McGinley and Conan Sweeny have performed in several of Brian Friel’s historical plays, and have achieved renown on the world stage and screen, often in roles that explore the darker side of Irish heritage.

Further up the county, at Kindrum, a monument was erected in 1960 to commemorate the killing of a landlord, Lord Leitrim. Leitrim, whose era was passing in 1878, at the height of the Land War, had been notoriously overbearing. Michael McElwee and Neil Sheils, his alleged killers, were never apprehended and the inscription on the cross at Kindrum commends those who ‘Ended the Tyranny of Landlordism’.

The writer Patrick MacGill is honoured at The Glenties. Known as ‘The Navy Poet’, MacGill’s life and work came to symbolise the lives of thousands of Donegal people who left the unprosperous land of west Donegal to work in heavy industry in the Clyde Valley shipyards and on the Glasgow docks.

The name of the county town, Donegal, encompasses many layers of Irish history. Alternately known as Tír Chonaill and Dhún na nGall—Land of Connell and the Fort of the Foreigner, the Norse foreigner that is, a group that proved adept at blending with, and enhancing, the native culture they encountered. Donegal Castle represents the zenith of Gaelic culture and the castle’s recent restoration is a triumph.

Names on the plaque for Donegal Person of the Year, Brian Friel and Sean McGinley, read more like a national list than a county one. The list tells of a county whose sons and daughters are world figures, and rightly so.

The cultural wealth of the small islands off Donegal—off the really big one, Ireland—is central to our wider, national, heritage too. Tory Island’s community, one of the strongest Irish-speaking areas (Gaeltachtaí) in the country, was fervidly defended from extinction by Fr. Diarmuid O’Peicin, in the early 1980s. O’Peicin had spent his life at the missions and understood the need to celebrate cultural wealth. He was removed for his trouble-making by Bishop Hegarty. Yet even as the bishop and local government conspired to rub out the island’s living culture, and to replace it with a Cultural Heritage Centre, another force, in the form of a local band, was working to reinvigorate the island’s heritage. The music group Clannad, their name from clann andDobhar or family from Dore, ventured out to Tory Island to gather material for their early albums—a fine example of how an oral tradition communicates and forms anew in the mouths of the next generation.

A sweep of images of Gaelic Donegal are visible on a drive back east towards Derry City—Grottos, Holy wells, termons, cursed gaps, cairns, dolmens, Celtic crosses, points, raths, carrows, drums, cloughs and tooms. It is sacred country and it has always stirred our artists, musicians and writers. As poet Louis MacNeice put it in his ‘Western Landscape’: “With a stone on the cairn, with a word on the wind, with a prayer in the flesh let me honour this country”.