A SORT OF HOMECOMING 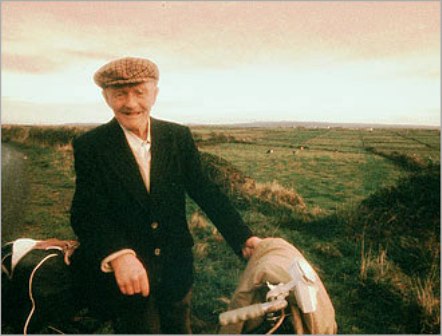 The power and passion of U2’s A Sort of Homecoming washes over me as my bus weaves and winds its way through St. Patrick’s Day revelers in downtown Dublin. The anthemic opening track of the Irish supergroup’s landmark 1984 album The Unforgettable Fire is a stirring soundtrack for my return to the Emerald Isle, a year to the day since I touched down in Belfast (see our May/June 2014 cover story).

And you hunger for the time
Time to heal, ‘desire’ time
And your earth moves beneath your own dream landscape…

Escaping the bitter Canadian winter, my skin isn’t quite sure what to do here. I have no complaints though; given the choice, I will take an overcast 10°C (that’s 50°F for our American friends) over the cold and snow of -20°C any day of the year. And though the skies may be grey atop the Irish capital city on this holy day, the mood of its people is forty shades of great as they celebrate their patron saint.

Leaving Dublin, we roll west. The bus is packed with young people, most wearing the homegrown green of shamrocks and shillelaghs, others draped in the tricolor. Bottles of Guinness make their way up and down the aisles. One older couple is returning home after having made the 3-hour pilgrimage from Galway to attend mass with family members earlier in the day. Everyone gets on well; there are no issues as the spiritual and spirited sit side by side.

I speak with the older couple; they are warm, witty, wise and wonderful. Brendan, 83, has lived on the country’s west coast all of his life. Raised on a small farm, and the eldest of 11 brothers and sisters, he married Marie at 27 (she was 22) and together they raised four boys and one girl. Brendan never attended school, teaching himself to read and write by the time he was 30 as a promise to his bride and future children.

And we live by the side of the road
On the side of a hill as the valleys explode
Dislocated, suffocated
The land grows weary of its own…

When Brendan’s parent’s passed on in the late 1970s, he and Marie inherited the family farm, tilling it through good times and bad. The days were long, and sometimes the profits were small, but the couple and their children always made due. They had the land, and they had each other, and that, Brendan tells me, made him a rich man. Six years ago, they turned the property over to their oldest son and his family.

As Marie slips off to sleep, Brendan regales me with memories of family picnics, county fairs, bicycle trips, currach boat rides across Galway Bay, and of working the farm aside his younger siblings. He loves to travel, though has only ventured off the island twice; once, thirty years ago, to visit a sick brother in Vermont, and again, more recently to see another brother near Ottawa. Each invited him and Marie to relocate, but he will not leave the land he loves. His roots, he says, run deep.

The wind will crack in winter time
This bomb-blast lightning waltz.
No spoken words, just a scream…

Of the 11 siblings, only 4 are still alive; Brendan, his two brothers in North America, and one sister who lives in Dublin. He buried two brothers by the time he was 15; one died of cholera, the other by drowning. Two sisters passed away of cancer – both in their 50s – and another died during childbirth in her late teens. In the last 5 years he has buried both a brother and a sister – each, he sighs, lost to time, though never forgotten.

Tonight we’ll build a bridge across the sea and land
See the sky, the burning rain
She will die and live again tonight…

Brendan tells me it takes a special kind of man to live on the country’s west coast; like the land itself, one must be rugged, resilient, and resolute. He speaks of the region’s famine years, poverty, the struggle for independence, and the endless adversities of weather. He shares of the rewards of hard work and deep faith. He notes that without family, a man is nothing. I tell him my own roots are in Clare, Kerry and Derry. He smiles and says, “Ah, your one of us – a rich man.”

And your heart beats so slow
Through the rain and fallen snow
Across the fields of mourning to a light that’s in the distance.
Oh, don’t sorrow, no don’t weep
For tonight at last I am coming home.
I am coming home…