A Terrible Beauty is Boring 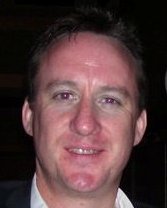 Back in a more innocent era, I think, perhaps, it may well have been last Tuesday, around lunchtime, or quite a number of decades earlier, even, Ireland had a far higher ratio of regular people to newsworthy and noticeable (not to mention nonsensical and numb-skulled) individuals living there. That’s to say, there were far fewer well-known folks, than, for want of a better word, normal, people in Ireland. That whole ratio business, it has me dreadfully confused on a good day, never mind a barely adequate day such as today (isn’t any 24-hour period that isn’t Pancake Tuesday a poor one?). And you know something? Back then, things weren’t so bad.

Villages, towns and counties around the country, from Dungarvan to Donegal, Derry to Dublin and Down to, em, somewhere else beginning with ‘D’ (Dexford, Dilkenny and Dongford don’t really exist, much to my dismay), were considered fortunate to boast a historical hero, a literary genius, a musical icon, a political giant, a financial wizard or even one of those who’ve entered the public conscience for reasons other than good, a kidnapper say, or a killer even, or perhaps a self-taught accordionist who failed to turn up to his own lessons due to his strict regime of kidnapping and killing. West Cork had Collins, Wicklow had Parnell,Dublinhad Joyce. Nowadays, sure we all (practically) know someone who’s clinched some degree of fame. Whether it’s because they lived in a house with strangers, married a big fat gypsy, didn’t know they were pregnant, showed the nation how talented they were by doing something an unconscious baboon with a liking for tedium could do, or allowed scary things to be done to their person by the less cuddly members of the animal kingdom, we all know, or know of, one. Messrs Beckett, Yeats, Wilde and the guys, would surely wonder what’s happened.

Ireland is no longer the land of the romanticized hero, fighting often vainly for his (or her) noble cause, or the poet, agonizing over a stanza that will inspire warriors, lovers, travellers and thinkers for generations to come. Now, besides those pulling the strings in Government (maybe they should try pushing the strings instead) and the regular Joe Soap and his pal Finbarr Shampoo and Conditioner on the street, our beloved, proud nation seems to be filled to the brim with eejits and amadans.

You see, fame, success and financial or spiritual rewards are no longer the results of talent, perseverance and hard work. For every insanely clever quip from Oscar Wilde, we’ve now got 114 banal ramblings or profanity-laced tirades from an ostentatious, forgettable, egotistical, talentless, ubiquitous, extraordinarily desperate ‘housewife’, celebrity who got out of here, or indeed, someone who (gasp) lived in a house with strangers, and perhaps wore an unusual hat or tongue-piercing to distinguish his or herself from the other residents. We’ve swapped genius for mind-numbing moronic activity.

Whereas once we were entertained by Behan, O’Casey, Shaw and Kavanagh, now we’ve 862,912 (or thereabouts) individuals who’ll do anything, or anyone, to be famous. Throw a bag of big fat gypsy weddings over a hedge, or down a sewer-drain, or round the old oak tree, and you’ll hit somebody who’s appeared on television. Just throw fast and hard. Maybe they’ll get the message.

Michael Fitzpatrick was born in Dublin and now lives in New York City. He is the entertainment columnist for The Irish Examiner.