A Writer for Our Time 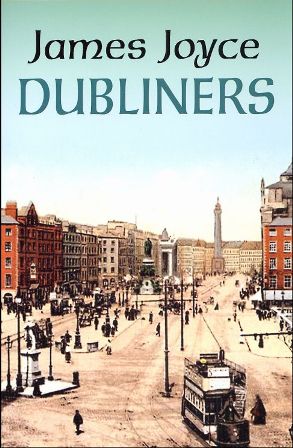 One hundred years ago, on June 15th, 1914, a young man from Dublin issued a book which would, he maintained, give Irish people a chance finally to view themselves in his finely polished looking glass. He had also declared that unless his first book was published the civilisation of his country would be retarded.

Time has a way of dealing with such grandiose claims. The Court of Chronos exacts justice in nearly every case. Spoofers are thrown out of court, never to be heard of again; those whose work rightly deserves attention are given a fair hearing. For all his bluster, the case put forward by that young man, James Joyce, for his book of fifteen short stories, Dubliners, has been upheld.

Justice is more than a metaphor here. Joyce spent more than a decade of extraordinary struggle to defend the legitimacy of his writing. In his fiction, he used proper names, slang and curse words; he expressed the tragedy of Dubliners’ lives, and even confronted the dysfunctionality of their sexual relations. Publishers hemmed, printers hawed; they asked for changes, then more changes which were never enough. No diplomat, Joyce challenged publishers’ view that the book was immoral with the irony that would characterise his later work. For nearly ten years one publishing house after another rejected the book. Joyce joined a writer’s guild, and the publication of the book cost him infinitely more in delays and legal fees than he ever saw from it.

The less innocent Ireland of 2014 is rather more aware of the threat of child abusers, which leads to the most searing news story of this month. Why is it that when the remains of 800 mothers and babies were discovered in an unmarked grave in Tuam, Co. Galway, the Archbishop of Dublin vociferously condemned the egregious treatment, and welcomed an official enquiry into abuse at institutions charged with taking care of young women and children, and certain Irish politicians rushed to claim that the numbers were exaggerated?

The answer is power: whereas once the clerical class breezily made such distinctions, today our political class is the one most removed from the exercise of conscience and compassion. Archbishop Martin has done a wondrous job of attempting to address the wreckage of abuse perpetuated within the Catholic Church; he has been brave, honest and humble. The power that the Catholic Church used to have in Ireland has been so thoroughly discredited that nobody but a wilfully blind adherent will trust in its explanations of past abuse. The Catholic Church is finally to be subjected to the law—the archbishop is right to welcome this novel approach to justice.

Against this backdrop, how would James Joyce, a hundred years on, have viewed the state of public and private morality in Ireland? We know from conversations recorded with Joyce in his mature years that he was dismayed that the most Irish people managed to do with their political independence was to hand it over to a coalition of the Catholic Church and a self-serving middle class. But how exactly does Dubliners reflect the lives of modern Irish people?

Luckily, Tramp Press has addressed just that question with a book, Dubliners 100, a retelling of Joyce’s stories in modern times. Tramp Press assembled fifteen of Ireland’s skilled prose writers to create their own stories inspired by the lineaments of Joyce’s originals. And they did Joyce proud.

The most outstanding versions of Joyce’s stories collected here are ‘A Mother’ by Elske Rahill and ‘A Painful Case’ by Paul Murray. ‘A Mother’, who appears as a puritanical tyrant wielding unwarranted control at her daughter’s first big concert in Joyce, morphs into a watery Gaelscoil busybody in Dubliners 100. Irish language schools, or Gaelscoileanna, are just the setting for a modern rendering of ‘A Mother’. The mother in this story, Kathleen, belongs to a swelling proportion of the Irish middle class who push for Irish language schooling, although their underlying aspiration is for something entirely different. Not for her the liberal views of Educate Together, Rahill’s remade title character, Kathleen, sees in such schools an oppourtunity to shield her princess from the worst assaults that exposure to a multi-ethnic society may bring; she is deftly wrong-footed in the story when she is forced to cope with other mothers who refuse to follow her lead.

The retelling of ‘A Painful Case’ captures the humour of later Joyce when the hermitic and anemic Mr. Duffy is transformed into Dublin’s most feared restaurant critic. Just as Joyce’s Mr. Duffy created a worldview that trapped him and ultimately destroyed any chance of happiness he might have had, so this Mr. Duffy had hid behind an armoury of savage restaurant reviews and contempt for yuppy company, which succeeds in perfectly translating the spirit of the Joyce story into a 21st century setting.

Richard Ellmann’s view that “we are still learning to be Joyce’s contemporaries” is as true today as it was when he wrote it in 1959. On the centenary of the publication of Joyce’s first book of fiction, Dubliners 100 has provided a compelling reason to read James Joyce in our time. It is a welcome book.

Dubliners 100 is published by Tramp Press.