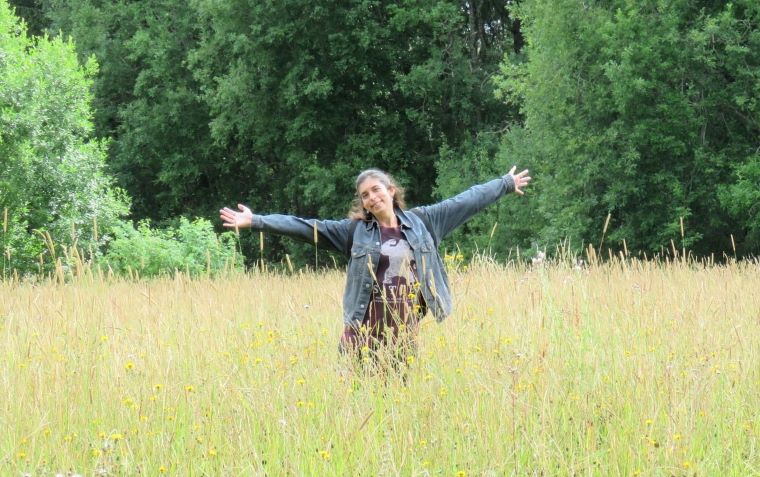 While most of Alba Galimany’s family is Catalan (from the north-east of Spain), she also has roots in Andalucía – the birthplace of flamenco folk music and dance. It is perhaps ironic, then, that she ended up falling in love with Irish dance.

When Galimany was 13 years old she saw Michael Flatley’s The Lord of the Dance on television. Although she had never seen anything like it before, it inspired her to take up tap dance – one of only a few styles available to study in her hometown at the time.

“Eight years later, my teacher asked me why I started to tap dance and I talked about that TV show I saw years ago,” she recalls via email from Barcelona. “That was the moment when I discovered Irish dance and that a woman named Ella King was teaching it in town.”

Galimany ended up attending Gemma O’Connor’s School of Irish Dance in Barcelona, and she cites O’Conner (alongside Michael Flatley, of course) as one of her key inspirations.

“I learned a lot in her school, and she was probably the first dancer who had a major impact upon me.”

“I must admit that I love traditional style, but after two workshops with the Fusion Fighters I like the possibilities that come with modern style.”

Galimany has also studied jazz, contemporary, classical, and hip-hop dance. In 2013, she was attending the Aires Celtes/Maria Singal Irish Dance School and was offered a teaching job. Four years later, she took on the role of director and has held that position ever since. In addition to classes, the school offers “social dances” (célidhs) and summer camps. Most of her students are adults who discovered Irish dance on a trip to Ireland or, like Galimany, became interested after watching a performance. 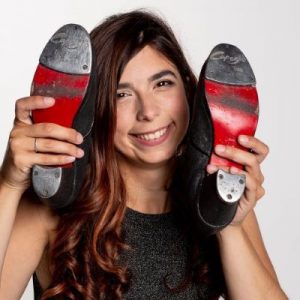 “They love to learn and to improve. Most of them compete and we also do performances. They train hard, but what I want most is that they enjoy every single moment of dancing. I believe that this is the most important thing. Dancing must bring joy and happiness. If not, what’s the point?”

Although there are still not many Irish dance schools in Spain – Galimany estimates there are a total of five – competing in other regions gives students a chance to see other dancers perform.

“My students can’t watch other dancers very often and they can only compete once or twice a year at most, as travelling is expensive. Their faces on the podium are the most rewarding thing for me. It is amazing to see that we can be at same level even though we have the feeling of being a bit alone in this corner of Europe.”

Luckily, Aires Celtes isn’t alone, due in part to a sister school in Moscow. Galimany also has friends in Ireland with whom she can discuss challenges.

“I can still learn a lot through distance. We managed to organize two Fusion Fighters workshops in Barcelona but is really rare to have these types of events here. Schools are small and the numbers are difficult.”

With so little awareness about Irish dance in Spain it is at times difficult to garner interest among the younger generation. “It isn’t easy to find young people who want to dance. They have no references or influences anywhere. It is different from what happens in many countries, where schools have more kids than adults. I think we can do more, especially in countries like ours where there is very little Irish tradition at all.”

She also wishes that there was greater communication and collaboration between the few schools within Spain. “It is sad that all of these lovely connections I have with people from other schools is not possible with other facilities in Barcelona. If we could work together to create bigger events, then more people could discover Irish dancing and get more involved.”

In addition to her love of dance, Galimany also enjoys other aspects of Irish culture. For instance, she recently began playing the bodhrán in a folk band.

Currently, her students are training for online competitions, while she herself is preparing for the World Irish Dancing Championships in 2022 in Belfast, Northern Ireland.

“I can’t imagine my life without Irish dancing.”