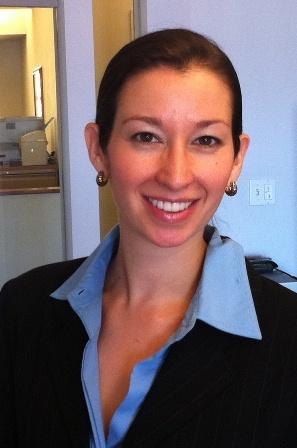 When Allison Fippinger, the director of the New York Celtic Dancers, couldn’t sleep at night, she’d write country dances in her head. It’s one way in which she learned to find her own voice in the dance genre. She poured through books and online videos in the National Library of Scotland archives, expanding her vocabulary. “The more I learned, the more I had to say with dance,” Fippinger says. ‘The more I had to say, the more presenters wanted us to perform. And so what started as a community class became a dance company with a new name and a mission.”

This year the New York Celtic Dancers celebrates its 10th anniversary as a troupe. They’ve performed at Carnegie Hall, at the Central Park Bandshell, at the Gotham Girls Roller Derby, and at Jacob’s Pillow Festival for Dance. As Fippinger puts it, “I’ve performed for thousands of people and I’ve performed for just a few.” But ask her about her own personal performance highlight and she’ll tell you it was the time she put on a show for her parents and the “Scottish dancing folks,” in Boston one Hogmanay.

“I will never forget how grateful I was to them for giving me this gift in the first place, and that I was able to gift it back to them, in small part, that evening,” she recalls. The “gift” to which she refers is, of course, dancing. Her parents were dancers, who particularly loved Scottish country dancing. From her earliest years, Fippinger remembers seeing people dancing in her  home, hearing the instruments, smelling the wool of the kilts, and watching the dance shoes on the women’s feet.

The family loved dancing so much that they would go camping on an island in Maine with the “Scottish dancing folks.” They’d canoe out to the island, with the boats weighed down with tents, and camping gear, but someone would always find room for a record player. In the evenings they’d have a ceilidh with the grown-ups dancing on the beach.

Growing up in Boston, Fippinger had ready availability to teachers; nonetheless, as a child she didn’t have the time to learn. It wasn’t until she graduated from college that she found the Scotia Dancers in New York City. Studying with Mary Abdill, She learned not only the steps, but the history of the pieces. Along with acceptance into the Pinewoods dance camp in Massachusetts on a scholarship so began her love affair with Scottish dance.

“It truly is that, a love affair, because no matter what other styles, teachers and performances I may be involved in or learn from, I always return to my Scottish roots,” she declares. The New York Celtic Dancers began when Abdill asked her if she could substitute-teach, ultimately turning the classes over to her.

“It took me some time to understand what I wanted to accomplish with the New York Celtic Dancers,” Fippinger says. She notes that dance traditions can stagnate, existing more like an artifact in a museum than as a breathing, changeable piece of culture. “I wanted the Scottish dance tradition to live, to thrive and spread joy to everyone who sees it. The mission of the New York Celtic Dancers is to continually breathe life into this beautiful and ancient art form and to make it real, present and important right now.”

For the troupe’s 10th anniversary year, it plans to continue attending East Coast games and festivals as well as expanding classes at the school in New York City. They’ve also been invited to several festivals that highlight dance and culture in general and so look forward to introducing more people to Celtic dance. Finally, Fippinger says they have a “top-secret” engagement in the summer, which will place the troupe front and centre at a respected dance festival. “This last is particularly gratifying as it recognizes our efforts to cultivate and curate our presentation to reach beyond the Celtic genre and into the world.”