Almost Me, Almost You 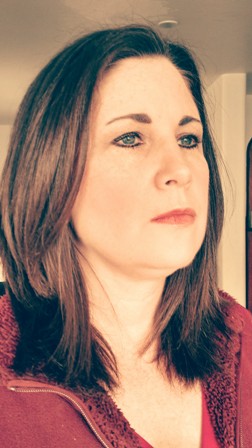 The Irish-Catholic South Side of Chicago is the setting for E. M. McNulty’s debut young adult novel Almost Me, Almost You. Recently we spoke to the scribe about her first full-length book.

What inspired you to write this book?
As a teacher with experience teaching everything from middle school and junior high, to university students, I have always been interested in young adults and the challenges that they face as they grow and develop into adults. I am a huge fan of young adult fiction, among other genres. However, when I started to write this book, I didn´t intend for it to be a young adult novel. I thought at first that the subject matter of child abuse might be too much for kids to deal with, and that parents might not think it was an appropriate topic for them to read about. However, after several drafts of the first few chapters, and some encouraging comments from my writing critique group colleagues, I changed my mind. The voice of the main character, Maureen, or Mo as her friends call her, started to mature and develop, and I realized that this book just had to be for young adults. I didn´t know if there would be a market for it, but I felt I had to write it. So I did. My decision to have the story take place in the 1980s in the Irish Catholic neighborhood on the South Side of Chicago was an easy one. While the book is not autobiographical, I did grow up on the South Side. It was the place where I had been a child and a teenager, and it was a time in my life when I was very much part of a tight knit community that revolved around Irish-American Catholic culture. I wanted to recreate this world in my book because it is in communities like this, where everyone knows everyone, that you can find both oppression and incredible support. And it is in communities like this where betrayal by an important figure of authority like a parish priest can cause incredible upheaval, because it challenges the self-identity of the community and breaks down what bonds people together.

Did it come together quickly or did you really need to work at it?
As I think many writers will say, there are times when you sit down to work and the words just flow out of you, and other times when you sit in front of the computer screen for hours and can only manage to write one paragraph. Almost Me, Almost You was a bit like that. All in all, it took about a year to write, but I wouldn´t have been able to do it without my wonderful online writing critique group. Living here In São Paulo, Brazil, I´m pretty isolated from other people who are writing in English, so having an online group of incredible writers to review my work, give me feedback, suggestions, and general encouragement helped me to complete the book. I felt less isolated and more tied to a community of writers. It also helped to treat writing like any other job, something I had to do every day for a certain number of hours. Making a routine for myself that included writing was essential to finishing the project.

What was the most challenging aspect of the process?
I think the most challenging aspect of the project was keeping the story realistic without getting too graphic about certain details. Anytime you are dealing with a sensitive topic such as child abuse, and your audience is made up of kids, you have to be careful. Kids are intelligent. They know if you are glossing over things for their benefit, or if things aren´t realistic, but at the same time, many are not emotionally prepared for the types of details you could include in a book for an adult audience. Keeping that balance was a challenge.

What was the most rewarding part of the experience?
I think the most rewarding part so far has been the positive response from my readers. When I was marketing this book around to agents, many said that the book would be too difficult to market because of the subject matter. They said that it didn´t fit neatly into the normal young adult fiction parameters, that it was too controversial, that nobody wanted to read about child abuse. However, I´ve received lots of feedback from young adults and parents who have enjoyed the book and connected with the story and the characters. So that definitely makes me happy.

What did you learn during the process?
I think the most important thing I learned is that the world of publishing is in a huge state of transition. Companies like Amazon, that offer authors alternative platforms for publishing their books, are changing the face of publishing. Authors have more control over the process and can take control of many aspects of the publishing and marketing their works. It´s liberating in many ways, and it will be interesting to see how things turn out in the industry.

How did you feel when the book was completed?
I think the biggest leap was when I had that first draft completed. I felt relieved that I had finally gotten it all down on paper. The basic story was there, and what was left was going through the process of getting critical feedback from trusted readers, and revising and tweaking things accordingly. But I didn´t have much time to bask in the glow of my accomplishments. The next step was shopping it around, entering it in writing contests, essentially finding a way to publish it and get it out there to my public. Then, of course, I had to get started on the next project.

What has the response been like so far from those that have read it?
The response has been very positive, and interestingly, it´s not just young adults who are enjoying the book. I’ve also received positive feedback from adult readers as well. And I´ve been especially pleased with the feedback I´ve been getting from readers on the South Side of Chicago. They´ve definitely come out to support me so far. I hope this will continue, and that I´ll be able to establish myself as a strong, new voice in young adult/new adult fiction. That would be my dream.

Is enough being done to preserve and promote Celtic culture generally?
As I mentioned earlier, I grew up in an Irish-American neighborhood in Chicago, where almost everyone had some Irish ancestry, and where Irish culture was everywhere. Everyone I knew took Irish dancing lessons as a child, or attended events at Gaelic Park, a large Irish community center with a theater and sports facilities in the south suburbs of the city. St. Patrick´s Day was always celebrated with parades and parties (and still is), and the Chicago Irish festival is still one of the biggest in the United States. There are also countless pipe bands in the region of both the Irish and Scottish variety, and they compete annually in large events sponsored by the various chapters of the St. Andrew Society and various Irish groups. Here in South America where I am currently living, the Celtic community is much smaller, but interestingly enough, their voice can still be heard. I have been a board member of the St. Andrew Society of São Paulo, Brazil for more than ten years, and have planned and participated in countless ceilidhs, Burns Nights and Caledonian Balls, all of which are well attended by both the ex-patriate Celtic community, as well as many Brazilians. There is also a small chapter of the St. Andrew Society in Rio de Janeiro and others in Argentina. Our chapter of the St. Andrew Society sponsors Scottish country dance lessons once a month. Additionally, we support a pipe band, The St. Andrew Society Pipes and Drums, who also have a small troupe of highland dancers (all Brazilian born) that performs with them. Through the support of the St. Andrew Society and the support of a special program from the Brazilian government that promotes cultural activities, the pipe band has a program to train new pipers, perform for free around the city of São Paulo, in schools, and other places nearby, and compete in South American regional piping competitions. Finally, for the past eleven years, a group in Brazil has sponsored an annual Festival Celta Brasil, which is essentially an Irish dancing festival and competition (Feis) that brings together dance troupes from around South America. So although we are a small community here, we are doing our part, and I can say that our activities are always received with great enthusiasm.

What can we be doing better?
In my experience, people of Celtic descent tend to be very proud of their heritage and are always very willing to share it with others. Wherever there is even a small Celtic community, you can find our music, our dances, our traditions and our celebrations. And I think the Celts have always been very good at including their cousins from the Celtic diaspora around the world as an important part of their community. So I think we need to keep up the good work and continue to share our rich heritage with others, maintaining our wonderful traditions so that we can instill them in the generations to come.

What’s next on your creative agenda?
When I wrote Almost Me, Almost You, I thought about it being the first book in a trilogy about the Irish neighborhood in Chicago. I didn´t want the books to be connected in a series that has the same characters, but simply part of the same place and time, sort of like three separate literary sketches of life in this community. So with that in mind, earlier this year, I started the second book which will probably be more for a new adult (older young adult) audience. The working title is Burying Kevin O´Leary and it is a story about four teenage boys from the South Side of Chicago. I hope to have it finished by early next year. And of course, I will continue my work with the St. Andrew Society, helping to promote Scottish music, dance, literature, food and culture in Brazil.