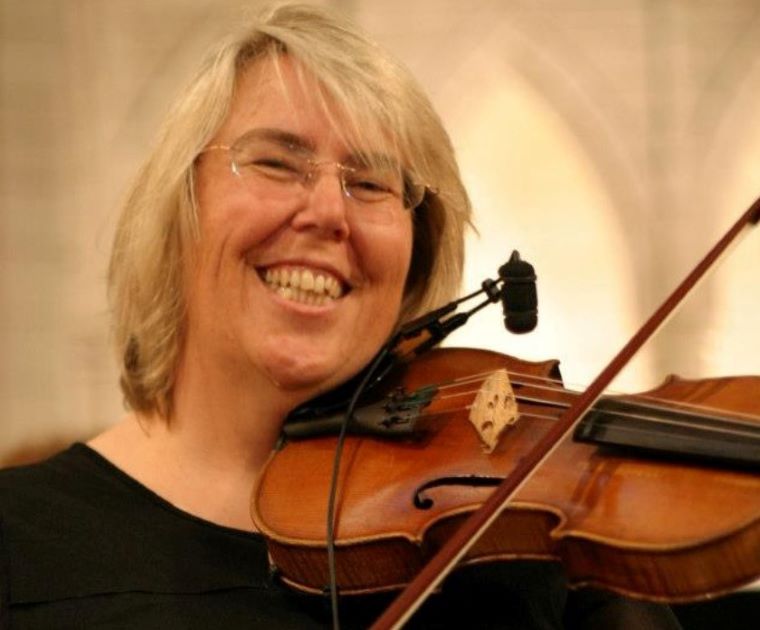 After studying the classical viola as a youngster, Anne-Marie Forsyth discovered the fiddle as an adult.

“When I was 29, my father suggested taking up Scottish country dancing so that we could do it together,” shares Forsyth, a proud New Zealander with Scottish heritage, via email.

“As part of a weekend dance school there was an option for a two-hour music workshop, so I went along to that, still on the viola. Afterwards, my classmates and I decided to start a Scottish music club, but I was frustrated by the gulf I could hear between the sound on our dance recordings and the sound we made as classical musicians reading from the page.”

At the time, the Southern Hemisphere International School of Scottish Fiddle (SHISSF) – a fiddle camp in New Zealand – was operated by Cathy Fraser of Australia. Every year, from 2004 to 2014, top-notch fiddle instructors from Scotland and North America came to New Zealand for one week to teach. Forsyth first jumped into SHISSF in 2006, but it was far from love at first sound.

“I hated it, felt like a complete failure, and resolved to stop playing Scottish music completely. Fortunately, by then I had already joined a Scottish country dance band and had committed to a few gigs later in the year. One thing led to another, I returned to SHISSF in 2007 and haven’t looked back.”

Forsyth now has over two decades of fiddling experience to her name.

“Despite being a dyed-in-the-wool violist – and having successfully avoided any contact with an E string for the better part of 30 years – I did finally take up an actual violin in 2008, partially because of a shoulder injury and partially because I wanted to expand my repertoire of tunes. 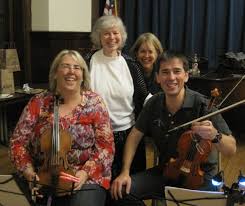 “I now play in several dance bands on both viola and violin, teach, run fiddle camps of my own, organize a Scottish fiddle competition at the annual Highland games, lead the Ceilidh Club band, and run the Auckland Scottish Fiddle Club.”

On top of that, Forsyth performs with Hjaltibonhog – the Shetland fiddle team – in front of thousands of people at the Royal Edinburgh Military Tattoo in Scotland each August. She has played for dancers at home, as well as in Australia, Scotland, France and the United States.

One of her favourite experiences is something she calls “guerilla fiddling.”

“I drive around Scotland with my friends and if one of us spots the name of a tune, we must all get out the car and play it together before getting back in the car and driving off. One tune is never enough, and we have often wound up having roadside sessions in the middle of nowhere, attracting an audience of passing motorists, hikers and sheep, or in some ancient castle.”

Forsyth’s teachers, Scotsmen Gregor Borland and Douglas Lawrence, have been her main source of influence and inspiration. She plays a fiddle that she found in a second-hand shop in Scotland, as well as her French violin from the turn of the 20th century.

Her tunes of choice are in the north-eastern Scottish style. “Any good tune has to have a hook, a shining moment that attracts your attention and makes you love it. I tend to prefer the minor keys, but it is by no means exclusive.”

Although Forsyth claims New Zealand has more pipers and drummers (and possibly Highland dancers) per capita than Scotland itself, she says the country’s musicians are “still trying to build up awareness that Scottish fiddle even exists.”

“As far as I am aware there was only one Scottish fiddle player in the whole of New Zealand until the arrival of the SHISSF in 2004. Our current fiddle groups have grown directly out of what we learned at SHISSF, and since then out of what we have learned at other fiddle weeks overseas and at our new fiddle camp, ScotStringNZ. That is only 15 years!”

As for keeping Scottish culture alive, Forsyth suggests we “discard dusty traditions and embrace fun activities instead,” such as foot-stomping fiddle sessions, ceilidhs and concerts. “We should really just take a lesson from the Irish and simply celebrate being Scottish.”